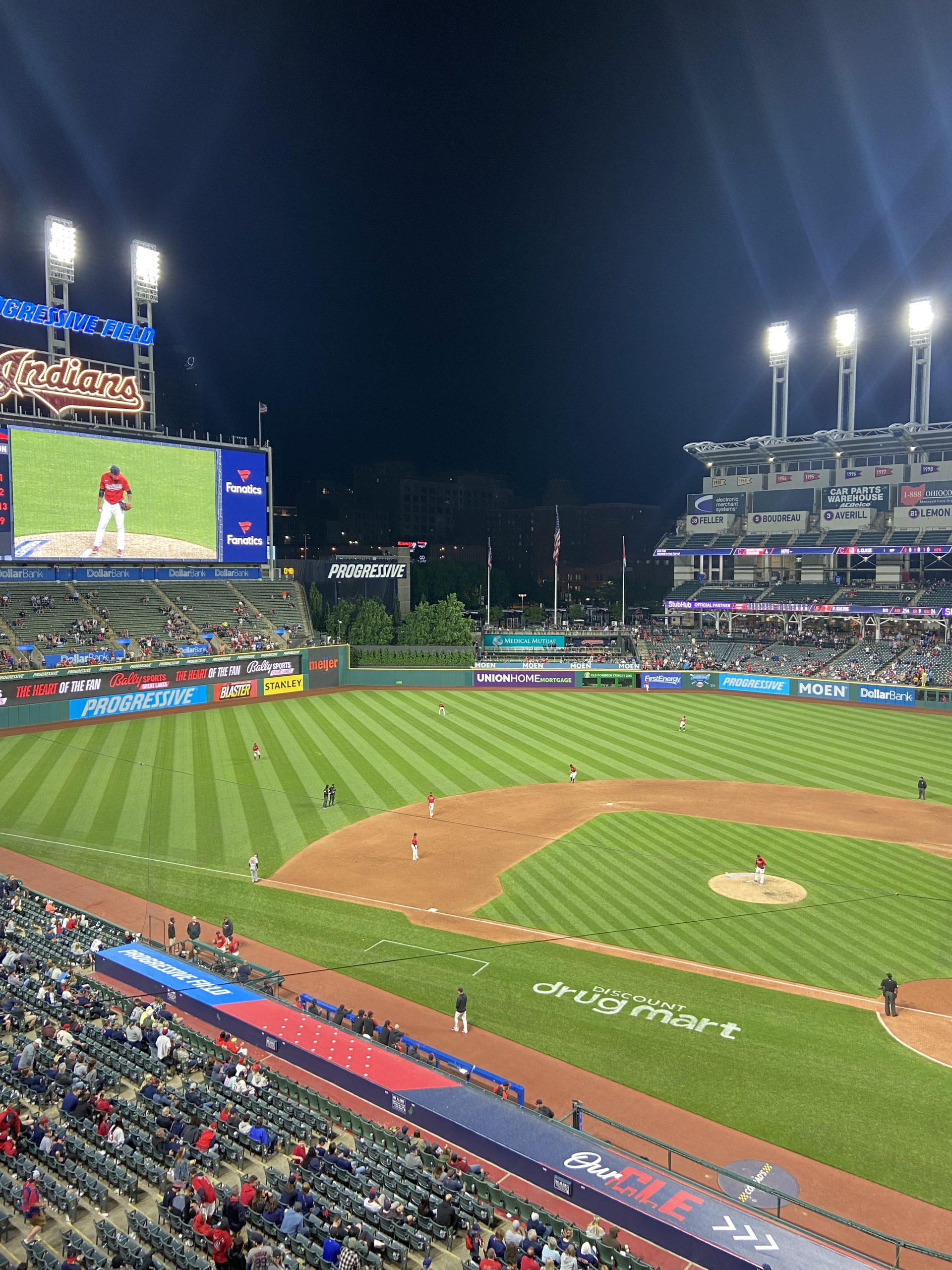 The Indians made a roster move ahead of Tuesday’s game. They recalled pitcher Eli Morgan and optioned Owen Miller to Columbus. Eli Morgan made his Major League debut with the Tribe on May 28, 2021 against Toronto. The weather conditions that day were some of the worst I’ve ever witnessed. The winds gusted over 50 mph at times and sheets of rain gusted across the field. Morgan only pitched 2.2 innings allowing eight hits, giving up six runs and striking out one. He didn’t use the weather to make any excuses for his performance. However, the wind and rain would pose a challenge for a veteran let alone a young pitcher. Morgan’s arm is needed as the Indians are piecing a pitching puzzle together. The rotation was already thin and adding Shane Bieber to the Injured List earlier in the week was a big blow.

Ernie Clement made his first start with the Indians on Tuesday. Clement was recalled on June 13 from Triple-A. He made the start at second base. Clement will provide infield assistance with the team optioning Miller.

The Tribe took game one of the four-game series with Baltimore on Monday 4-3. Cal Quantrill was on the hill for the Indians for Game Two. During Spring Training, Quantrill was in contention for a spot in the rotation. When the season started Quantrill took a role in the bullpen instead. Currently, he has found himself starting for the Indians as they are down several pitchers.

Bobby Bradley had a two-out single to put the Tribe up 1-0 in the bottom of the first. The Birds answered in the second inning to knot the score at 1-1. The run came on a double by Maikel Franco to score Freddy Galvis.

It was a cool evening as the sun set in Cleveland, yet the Tribe’s lumber heated up in the fourth inning.

Clement recorded his first Major League hit which scored Josh Naylor and put the Tribe on top 3-1. The crowd erupted into chants of “Ernie, Ernie” after his hit. Clement singled to center-fielder Cedric Mullins. Mullins committed a throwing error which led to Clement ending up at third on the hit.

Bradley Zimmer and Amed Rosario also singled in the fourth, each driving in a run. Eddie Rosario added a two-run double to put the Tribe up 6-1.

Trey Mancini doubled in the sixth to give the Orioles a run making it 6-2.

Bobby Bradley continued his power hitting with a solo shot in the seventh putting the Tribe up 7-2.

Nick Wittgren pitched one inning allowing no hits, no runs and striking out one.

James Karinchak pitched one inning allowing no hits, no runs and striking out three.

Emmanuel Clase pitched one inning allowing no hits, no runs and striking out one.

Game Three will be Wednesday at 7:10 pm

The Indians Fall to the Mariners 6-2
Tribe Mounts a Comeback but Falls Short, Loses 11-10 to the Pirates