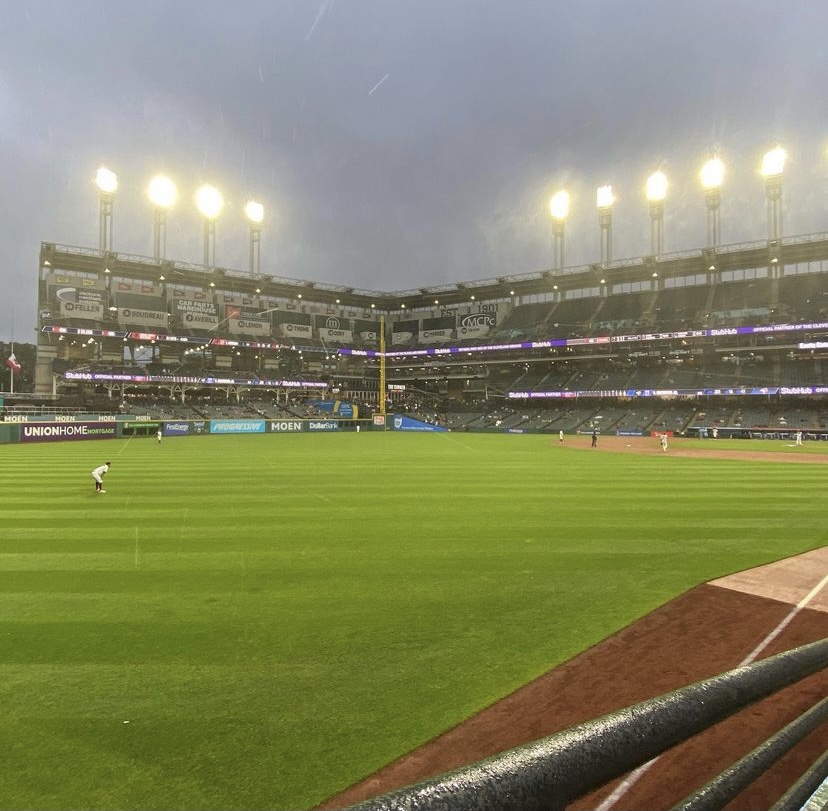 The weather in Cleveland on Friday night was wild. The winds were gusting around 40 mph as sheets of rain scaled across the field. The Tribe was back home to open the series against Toronto.

The field was muddy and several players from both teams skidded attempting to make plays. It was also cold at game the wind chill was in the upper 30’s. Memorial Day weekend marks the beginning of summer yet it felt more like March.

25-year old Eli Morgan made his Major League debut for the Indians. It felt almost unfair for Morgan to make his debut in the crazy weather situation. He went 2.2 innings allowing eight hits, six earned runs while giving up two walks with one strikeout.

Indians’ left fielder Eddie Rosario got the Tribe on the board early with a two-run single. Rosario extended his hitting streak to eight games. Cleveland’s bats went quiet after that.

The Blue Jay’s knotted it in the second inning. Toronto opened it up in the third inning with  doubles by Randal Grichuk and Lourdes Gurriel Jr. Joe Panik homered putting the Blue Jay’s on top 6-2.

Toronto tacked two more on in the fifth and sixth innings. Despite the weather being a hinderance, the Blue Jays found a way to get the ball in play. The 15 hits were the most allowed by Cleveland pitchers this season.

The weather finally became enough of a factor to have the game called in the bottom of the seventh inning.