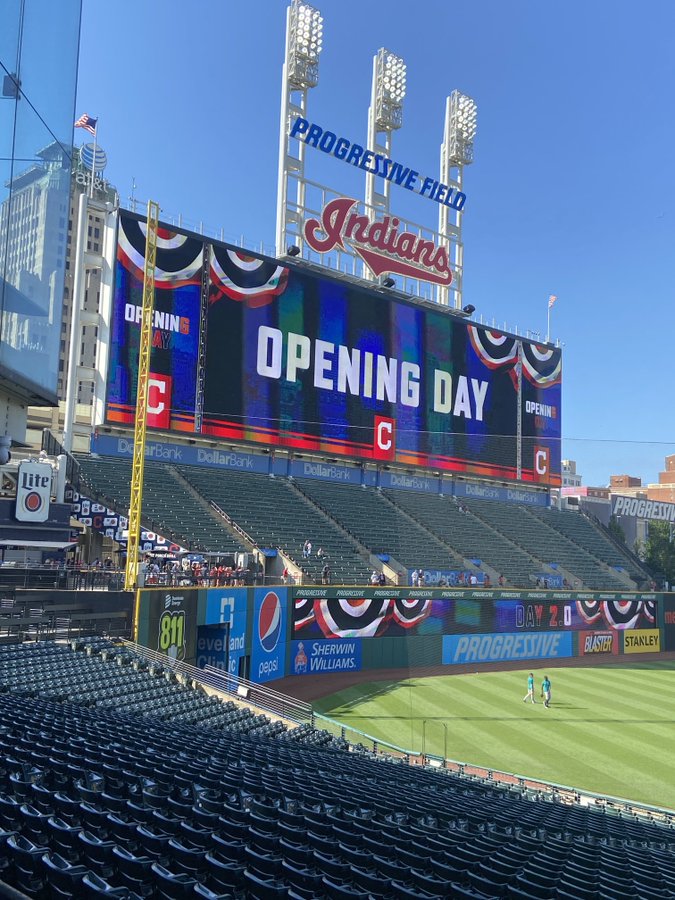 At game time the temperature was 77 degrees and Aaron Civale was on the hill for the Tribe. Friday’s game was dubbed “Opening Day 2.0.” Progressive Field was open at full capacity for the first time this season. 22,970 tickets were sold for tonight’s game. The last time the ballpark was open at full attendance levels was September 22, 2019.

I could feel the energy from the fans from the time they began filtering into the ballpark. They have waited two years to get to be able enjoy the boys of summer in a fully open park.

Seattle’s Justin Dunn struggled in the first inning. He gave up five hits and three earned runs. Dunn walked Bobby Bradley with the bases loaded scoring Amed Rosario. Eddie Rosario and Josh Naylor both singled to each drive in a run.

In the second inning Jose Ramirez singled to score Bradley Zimmer. The Indians had challenged the call on the field which had originally called Zimmer out. The call was overturned and Zimmer’s hustle paid off with the run scored. Bradley hit a solo shot in the bottom of the third to put the Indians up 5-0.

Going into Friday night the Indians were 27-5 when scoring four or more runs. They were just 5-22 when scoring less than four runs.

Aaron Civale had a career high eleven strike outs and earned his ninth win of the season. This win was an early birthday celebration for the right-hander who turns 26 tomorrow.

Amed Rosario had a four-hit night. He’s the only Indians player to have a four-hit game and he’s done it three times this season.

Bobby Bradley and Harold Ramirez both singled in the bottom of the sixth inning to give the Indians a seven-run lead. The Mariners were shut down and unable to ever get started against the solid Civale.