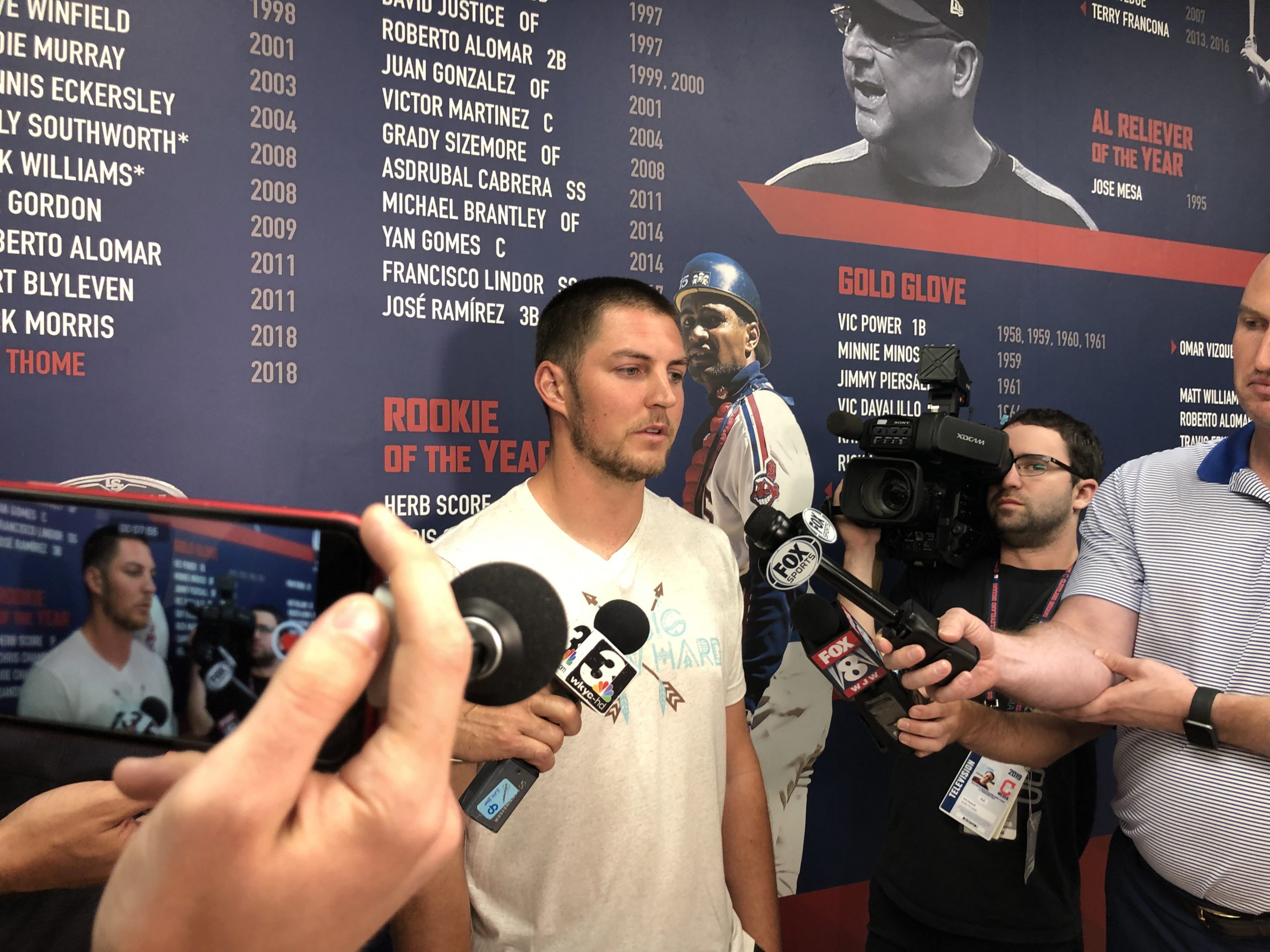 Bauer told reporters to ‘wait 24 hours’ as he stated he would have a video coming out saying a proper good-bye to the city before he heads off to Cincinnati to continue his Major League career with the Cincinnati Reds.

Today on Twitter Bauer lived up to his promise, putting out a rather emotional video thanking the fans and teammates for their passion and love they have shown him over the last six years.

Here’s the video – you might want to have some tissues handy.

Indians Make Roster Moves to Add Puig and Reyes, Puig Hit with Three-Game Suspension
Salazar’s 2019 Debut Has Ups Downs Before Leaving with a Groin Injury in Indians 7-1 Loss to Astros