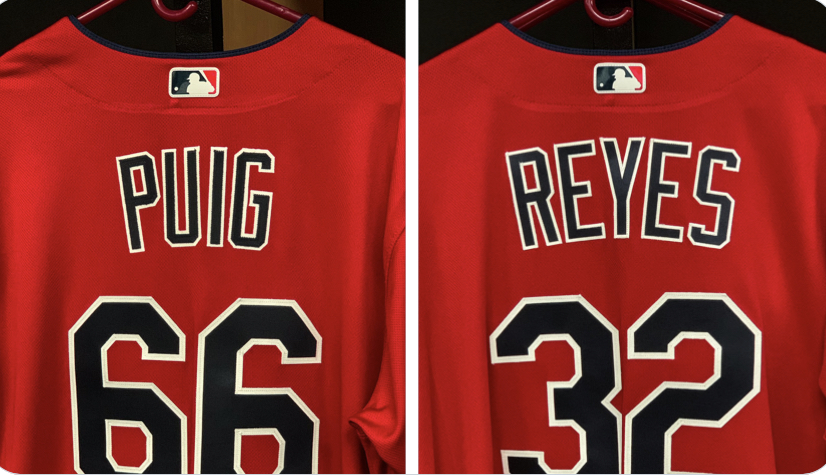 Two days after making a huge deal with the trade deadline closing in the Indians have officially added their two new power hitters, outfielder Yasiel Puig and DH Franmil Reyes to the team’s roster.

Both players are in the lineup for tonight’s game against the Astros, Puig batting fourth and playing right field, and Reyes at the DH spot and hitting sixth.

It was also handed down Thursday that Puig has been hit with a three-game suspension for his involvement in Tuesday’s fight between the Reds and Pirates.

Puig will appeal the suspension, which will allow him to be in the lineup for now.

With the two new players aboard, that means two players had to take demotions today, and those were outfielders Jake Bauers and Greg Allen.

Both of them are headed to AAA Colmbus. Bauers this season hitting .233 with 11 homers and 39 runs batted in. He also leads the team in strikeouts, having K’d 102 times in 343 plate appearances.

It’s the first time this season that Bauers has been sent to the minors. As for Allen, he’s been up and down quite a bit this season after making the Major League roster opening day.

This season Allen is hitting .230 with two homers and 17 runs batted in, having appeared in 45 games with 113 at-bats.

Here’s the lineup for the Indians for tonight’s game against the Astros.