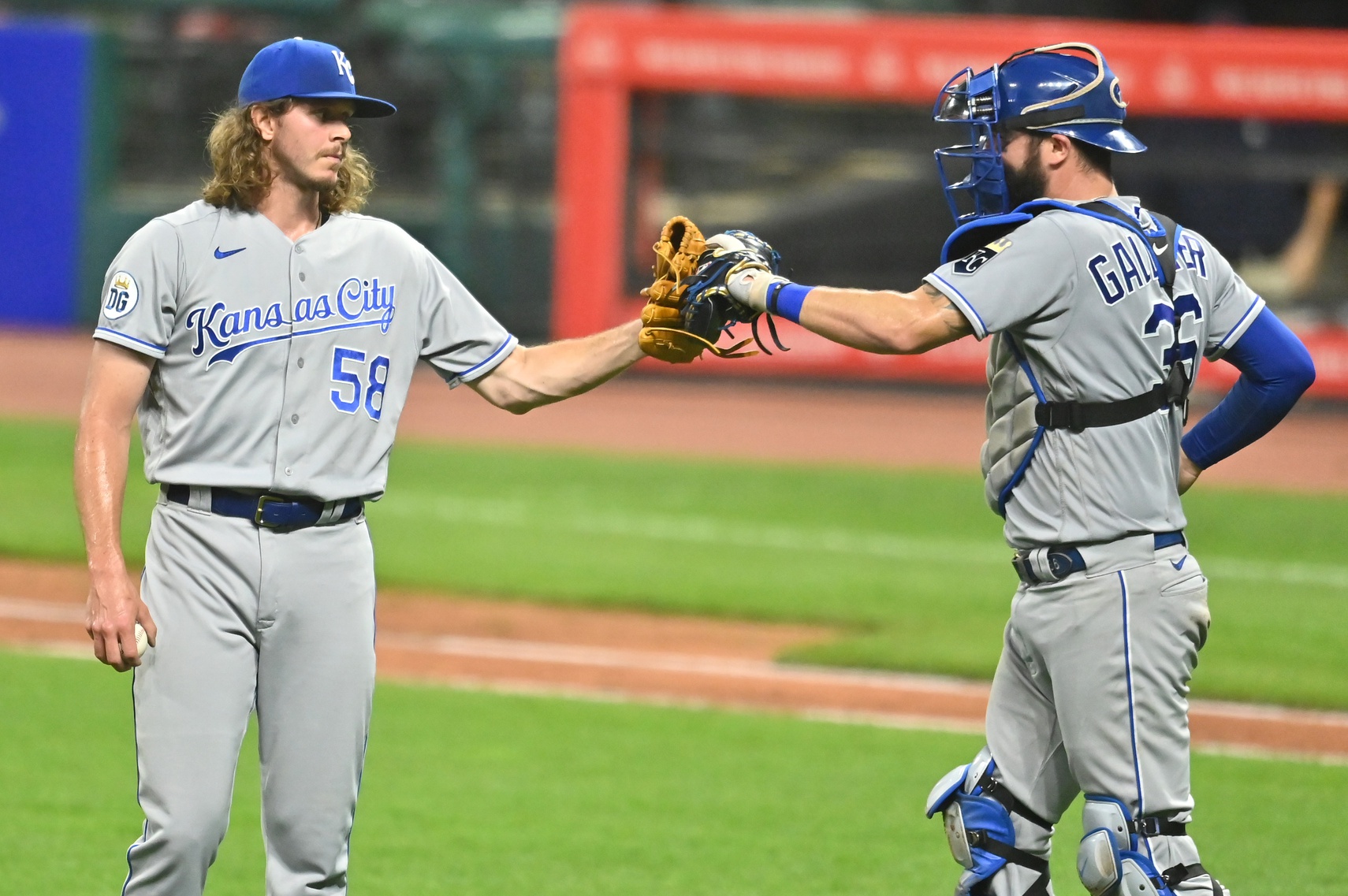 This game featured enough offense for the Indians to get the win but the bullpen let down Tribe starter Triston Mckenzie giving up two runs in each of the seventh and eighth innings to give the Royals the 7-5 win.

McKenzie did not pitch his best game but certainly pitched well enough to win. He went five innings giving up a three-run home run and that was it. He also struck out seven and walked one.

At multiple points in this game, the Indians had a two-run lead or greater just to have the pitching let the hitting down. This is one of the few times this season that the offense had hit well enough to win but the pitching did not come through.

Carlos Santana gave the Tribe an early lead with a two-run bomb into the bullpen. This gave the Indians a 2-0 lead at the end of one.

Sandy Leon would add a solo shot in the bottom of the second to make it a 3-0 lead after two.

Kansas City would tie the game at three when Witt Merrifield blasted a three-run home run to the home run porch in left making it a 3-3 game in the middle of the third inning.

The game was not tied for long because Francisco Lindor smashed a fastball over the right-field wall bringing home Cesar Hernandez who had singled to lead off the inning. 5-3 Tribe lead.

This is where the score would remain until the seventh inning. Newly acquired Cal Quantrill came on in relief after James Karinchak worked a perfect sixth inning. He did not fare as well.

Quantrill was plagued by some defensive miscues, Alex Gordon reached on a ball that should have been caught by Santana at first, Matt Reynolds reached on a fielder’s choice.

Edward Olivares singled to move Reynolds to third. Nicky Lopez grounded into what should have been an inning-ending double play but the turn was not crisp so Reynolds scored on the play. Cam Gallagher followed that with a double tying the game again at 5-5.

The Royals would take the lead in the eighth off of Adam Cimber as he came into the game and proceeded to give up a single, stolen base, another single, then a sacrifice fly gave the Royals a 6-5 lead. Cimber was replaced with Oliver Perez and Perez was not any better.

Perez gave up a single to Gordon then walked Ryan McBroom to load the bases. He then hit Nicky Lopez with a pitch to gift the Royals with another run to make it a 7-5 game.

Kansas City would add an insurance run in the top of the ninth on a Maikel Franco single that drove in Merrifield to make it 8-5.

Cleveland was able to provide a little drama in the bottom of the ninth but could only muster one run to make it an 8-6 final and snapping a seven-game losing streak for the Royals.

This is one of the first games this season where the Indians gave away the game. While they were only credited with one error, there were four defensive mistakes that directly lead to five Kansas City runs.

I really hate to see this team waste good offensive performances because they just do not get that many.