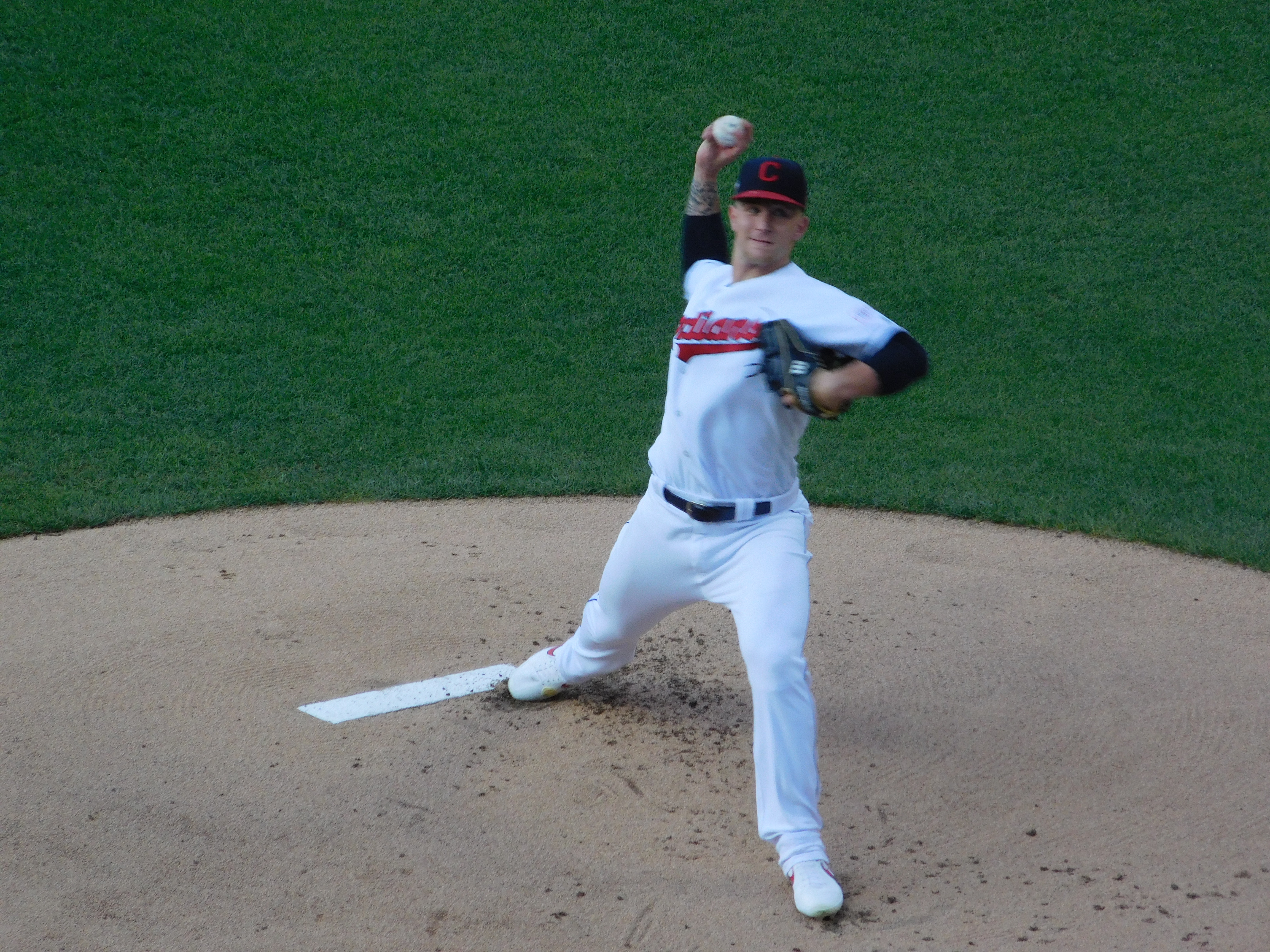 Zach Plesac pitched extremely well Monday night against the Royals. He went seven innings giving up seven hits but only one run. In his five starts this season, Plesac is 3-1 with a 1.32 ERA, he has 34 strikeouts and only two walks, as the Indians beat KC 5-2.

Tyler Naquin drove in the first run of the game for the Tribe. He reached on an error by Kansas City’s Witt Merrifield which scored Carlos Santana and moved Franmil Reyes to third. Josh Naylor would drive in Reyes with a fielder’s choice to give Cleveland a 2-0 lead after two.

Plesac gave up his only blemish of the day in the top of the seventh when Adalberto Mondesi homered on a line drive to right field. 3-1 Indians

Cleveland would add two more runs in the bottom of the seventh on a single from Oscar Mercado that scored Naylor and sent Roberto Perez to second. Perez would score on a sacrifice fly from Mike Freeman to give the Tribe a 5-1 lead.

Kansas City managed a run in the top of the eighth inning on a single from Maikel Franco that drove in Hunter Dozier making it a 5-2 game.

Brad Hand added to his league-leading save total earning his 12th of the season.

The Indians are 7-3 over their past ten games. They have finally been hitting the baseball and when coupled with the best pitching in the league, It means the Indians will be a formidable opponent to anyone this October.