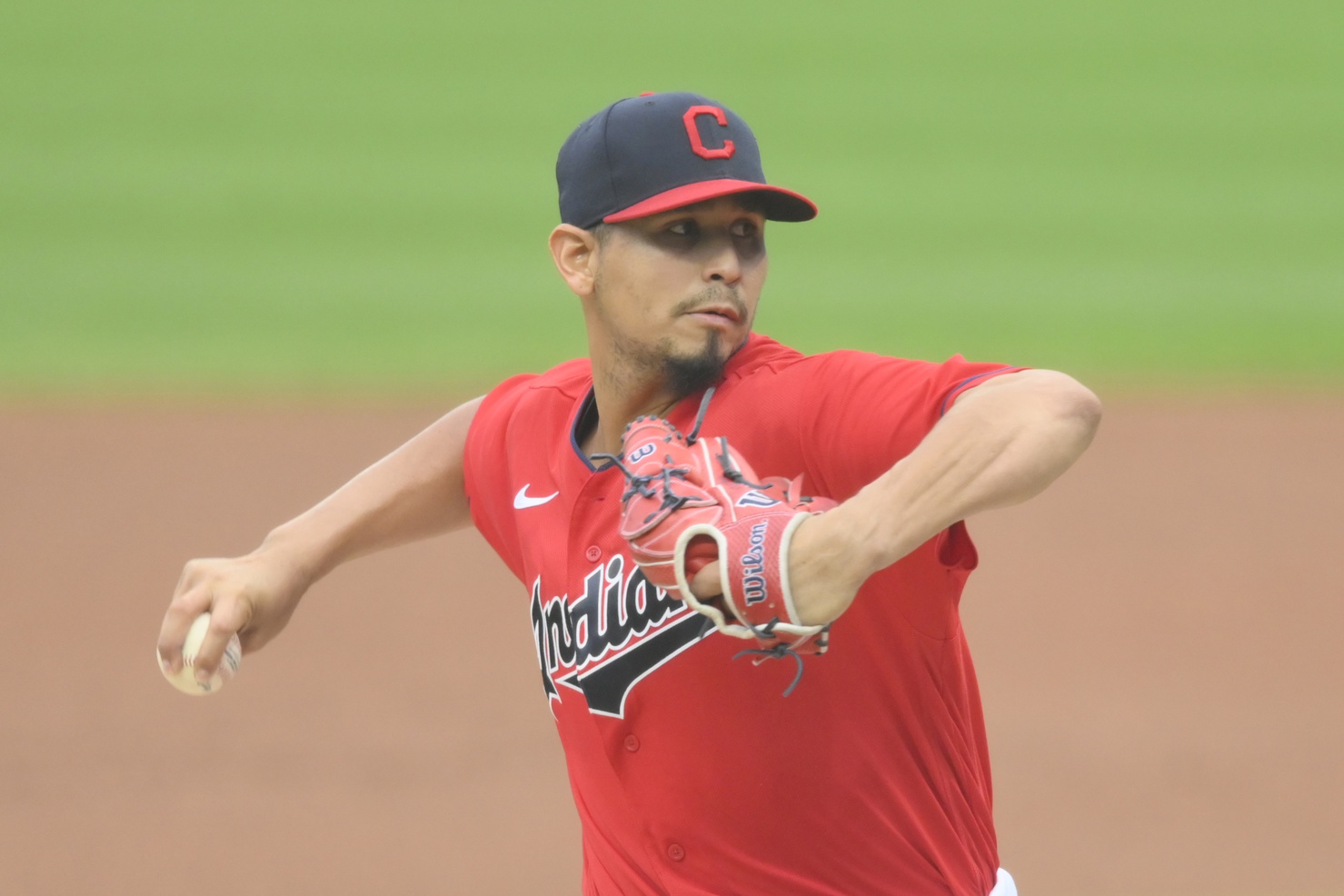 Carlos Carrasco took the mound Wednesday against the Kansas City Royals, pouring in a strong seven inning outing, striking out six, while only allowing one run. The one run allowed by Carrasco would prove to be enough for the Royals, as the struggling Indians offense got shut out, losing to the Royals 3-0.

Carrasco opened the day giving up a single to Whit Merrifield. During the next at-bat, a throwing error by Carrasco on a pickoff attempt at first advanced Merrifield to second.

Carrasco turned the inning around with strikeouts of Adalberto Mondesi and Hunter Dozier before a Maikel Franco grounder to third ended the top half.

In the bottom, the Indians went down in order after a good start from Royals’ starter Danny Duffy.

In the second, Carrasco continued to settle in on the mound, striking out two of the three batters he faced in the inning. In turn, a Carlos Santana walk produced the Indians’ lone base runner in the home half of the inning.

Carrasco surrendered a lead-off single in the top of the third to Nicky Lopez. Lopez would be caught stealing second during the ensuing at-bat before two quick outs of Cam Gallagher and Merrifield ended the inning.

The Indians first hit of the game came in the bottom of the third, a one-out single from Delino Deshields Jr. The single would prove to be the only offense the club could mount in the inning.

Carrasco turned in another strong performance in the fourth, facing only three batters in the inning.

With two outs in the bottom of the fourth, a Franmil Reyes walk sparked the Indians first threat of the game. With Reyes on first, Jordan Luplow doubled in the next at-bat to send Reyes to third.

With two outs and runners in scoring position, Oscar Mercado came to the plate looking to deliver, however Mercado would go down swinging to end the inning.

The pitching duel continued in the fifth, but not without some drama from both sides. In the top of the inning, Carrasco would get two outs before surrendering a single to Edward Olivares. Followed up by a Lopez single that saw Lopez thrown out at second to end the inning.

In the bottom, Robérto Pérez opened things up with a walk, before Deshields Jr. would single to send him to second. César Hernández would send a sacrifice bunt to third baseman Matt Reynolds to advance Deshields Jr. and Pérez to second and third respectively.

With still only one out in the inning, José Ramírez walked to load the bases bringing Francisco Lindor to the plate. However, Duffy would force Lindor to fly out to center field before striking out Santana to tight rope out of danger.

The Royals would bring across their first run of the game in the sixth. Three straight singles from Gallagher, Merrifield, and Mondesi would open the rough inning for Carrasco, with Gallagher coming home on the final single from Mondesi.

A mound visit would begin to set Carrasco on the right path, as he struck out Dozier before forcing Franco to hit a ball that resulted in a force out of Merrifield at third for the first two outs of the inning. Alex Gordon would reach on a fielding error by Hernández before Carrasco got Reynolds to fly out to keep the deficit at one.

Now facing a deficit in the bottom of the sixth, Reyes got things going for the Indians, singling on a sharp ground ball to left field. Luplow and Mercado stalled the momentum, both flying out to keep Reyes stuck at first.

Perez would hit a two-out single off of Royals’ relief pitcher Jesse Hahn, who replaced Duffy ahead of the at-bat. Hahn would get the Royals out of the jam however, catching a liner from Deshields Jr. to end the inning.

Carrasco would come out for the final inning of his outing in the top of the seventh, facing only three in the inning for a strong finish. Carrasco’s ended his day registering seven full innings, striking out six, and allowing one run.

Mike Freeman would replace Ramírez in the bottom of the seventh, as the Indians would go down in order in Hahn’s return to the mound after skating out of the sixth.

Nick Wittgren would come in to start the eight on the mound for the Indians in relief of Carrasco. Wittgren would face three batters in the inning, a line out of Merrifield, strikeout of Mondesi, bookended by a Dozier lineout would preserve the one-run deficit.

The Royals called on Josh Staumont in the eighth to keep the Indians at bay. Staumont obliged popping up Santana, before forcing Reyes to fly out to right, and striking out Tyler Naquin in a pinch-hitting spot for Luplow.

Disaster struck for Indians’ reliever Phil Maton in the top of the ninth, as the Royals added two in the inning to extend their lead. Alex Gordon hit a one-out single to start things up for the Royals, before Maton would temporarily halt the momentum striking out Ryan O’Hearn, who was pinch-hitting for Reynolds.

A two-out triple from Olivares would bring Gordon home from first, before Lopez singled to bring Olivares home, extending the lead to three. Maton would stop the bleeding there, forcing Gallagher to fly out to Naquin to end the inning.

The Indians offense needed some magic to happen in the bottom of the ninth, now facing a three run disadvantage. Josh Naylor would come in to hit for Mercado, grounding out to open the inning. Perez would strikeout in the next at-bat, giving the Indians two quick outs as their hopes faded.

Deshields Jr. would spark some hope, sending a ball to center field that would get him all the way to third with a two-out triple. However, Hernández would line out to left field, as the Indians fell to the Royal 3-0