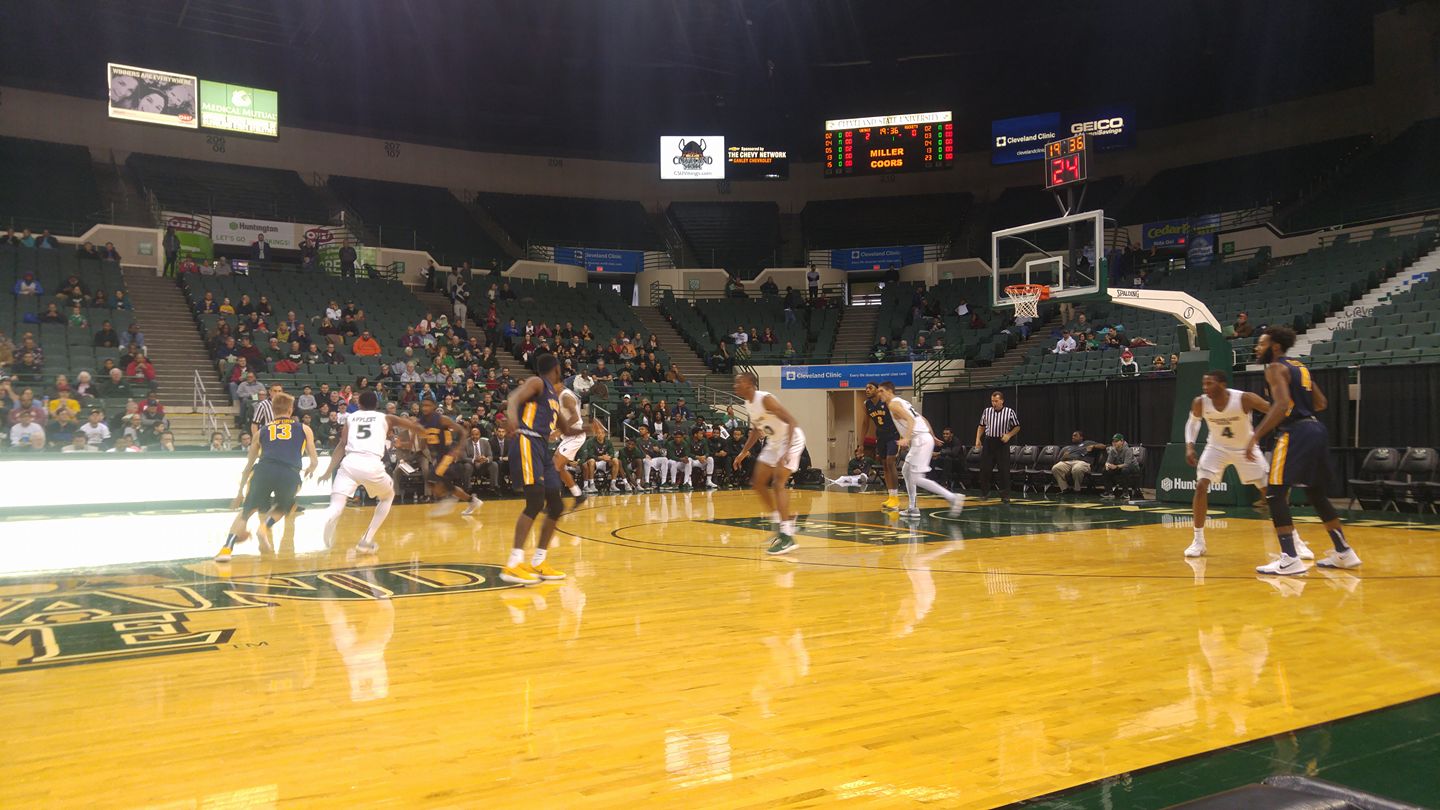 The Vikings fell to the visiting Toledo Rockets today by a score of 77-62.  The 15-point loss doesn’t truly tell the story as the Vikings kept it close most of the game and actually led 46-45 with 11 minutes to play.  From there it was all Rockets as they got red hot and outscored the Vikings 32-16 the rest of the way. Cleveland State came in struggling after several close losses at 3-8 while Toledo entered todays matchup at 6-5.

The Rockets were paced by Jaelan Sanford who scored 20 points.  Sanford also went 4 of 8 from downtown, making most of those down the stretch to help Toledo pull away.  He also chipped in with 5 boards and 6 assists in a monster night.

It was a physical game both ways, but in the end Toledo controlled the boards and it would show in the final numbers as well.  By the time it was done, the Rockets out rebounded the Vikings 38-26.  Pulling down the majority of the boards for Toledo was Willie Jackson who finished with 8 total rebounds.  Also finishing with 8 was Luke Knapke.

The Vikings were led by their outstanding freshman Tyree Appleby who finished with 15 points, despite only playing 9 minutes in the first half due to foul trouble.  He appears to be healed from that knee bruise he took diving for a ball against Cincinnati earlier in the week.  Appleby was all over the court tonight and should provide plenty of highlights throughout the rest of the season.

Toledo finished 10 of 25 from beyond the three-point arc while the Vikings hit 6 of 24 from three-point land.  The Rocket bench also outscored the Vikings tonight 28-17.  CSU did have one shining stat however which is a good sign moving forward, they looked excellent in transition by blanking the Rockets 11-0 in fast break points.

The Vikings started the game with good ball movement and a considerable amount of stealth transition basketball.  They finished the first half with 9 fast break points as well as 10 points off turnovers.  The physical play that coach Felton preached pre-game, paid off as they put up 18 points in the paint and forced Toledo into several offensive fouls.

They were led by freshman Tyree Appleby who was all over the court.  The two-time Horizon League Freshman of the week set the tone.  Appleby did have to sit after 9 minutes, with two fouls, he had 6 points and 2 rebounds at the time.

However, despite the fast tempo by the Vikings, they stumbled a bit by missing several layups.  Also, they kept tossing up three balls, but very few went in.  They were shooting 4 of 15 from downtown at the half.  They missed their first 5 of the game, and sharp shooting Stefan Kenic only went 1 of 6 for the half.

Toledo led 32-30 at the half.  They were paced by Jaelan Sanford who led the Rockets with 9 points in 16 of the 20 minutes played.  Doing the bulk of the work on the boards for Toledo was Willie Jackson with 4 boards.  Three players on the Vikings combined to lead CSU, Kenny Carpenter, Stefan Kenic and Dontel Highsmith all had 7 each.