Time To Party Like It’s 1964! Monsters Win The Calder Cup After Thrilling 1-0 Victory In Overtime! 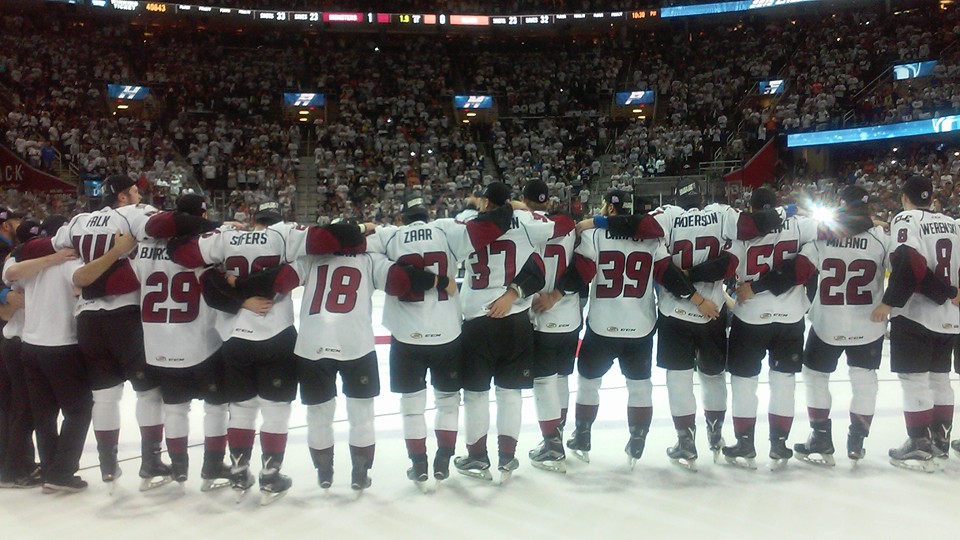 Cleveland, Ohio got ready to witness the first hockey championship since 1964 and the first of the summer.

During the first period, the tension was building between the two teams. Anton Forsberg and Justin Peters shut down the offensive attacks early. With no penalties called in the period, it was looking like it would be the team with no flaws would win.

In the second period, much of the same from the goaltenders. After an Aaron Ness penalty, the Monsters were in business. The Hershey Bears killed the penalty. Sonny Milano was put in the penalty box for too many men on the ice, but Lake Erie ended the period with shutting down Hershey. There was about a minute left in the power play, which would carry into the third.

Hershey was stopped by the Monsters during the end of their power play, meaning the third period was up for grabs. After two penalty kills and intense goaltending. Overtime was needed.

Overtime was a true test of attrition. It looked like a double overtime would be needed. That was until Oliver Bjorkstrand scored the championship-winning goal!

Since the 1964 Calder Cup, Cleveland has been trying to get back on top of the mountain. Time to party again Cleveland, as the wait is over!