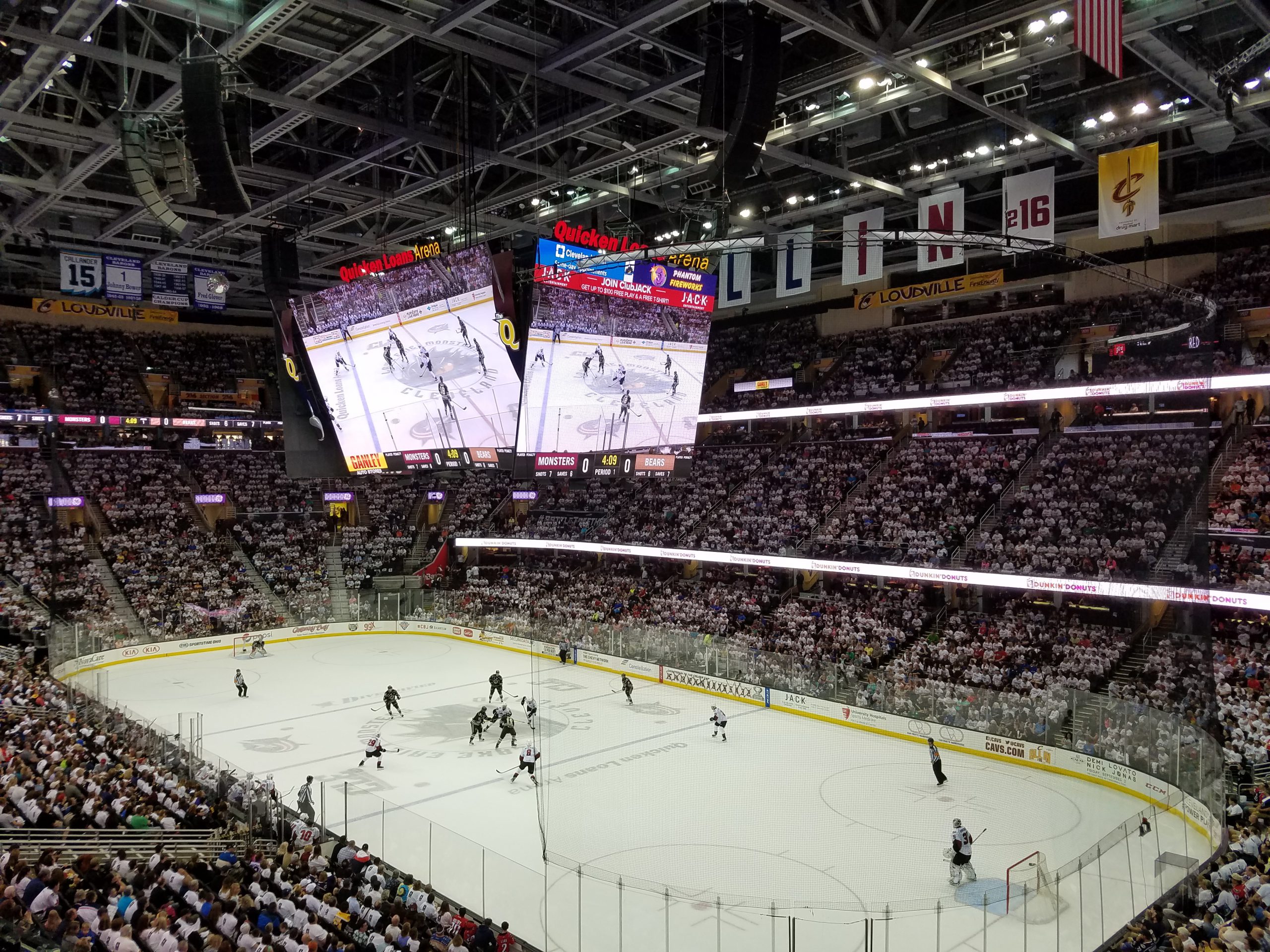 19,665 fans filled Quicken Loans Arena for Game 4 of the AHL Calder Cup, as the Lake Erie Monsters looked to sweep the Hershey Bears on Saturday night.

It was the largest crowd ever for a professional hockey game in the state of Ohio, including NHL.

The last time a Cleveland hockey team won the Calder Cup was when the Barons achieved the feat in 1964.

Just 22 hours prior to face-off, the Cavaliers and Warriors squared off in Game 4 of the NBA Finals.

Here’s hoping the Monsters can do what the Cavs were unable to achieve the night before.

Hopefully the Q employees get a well-deserved break, too.