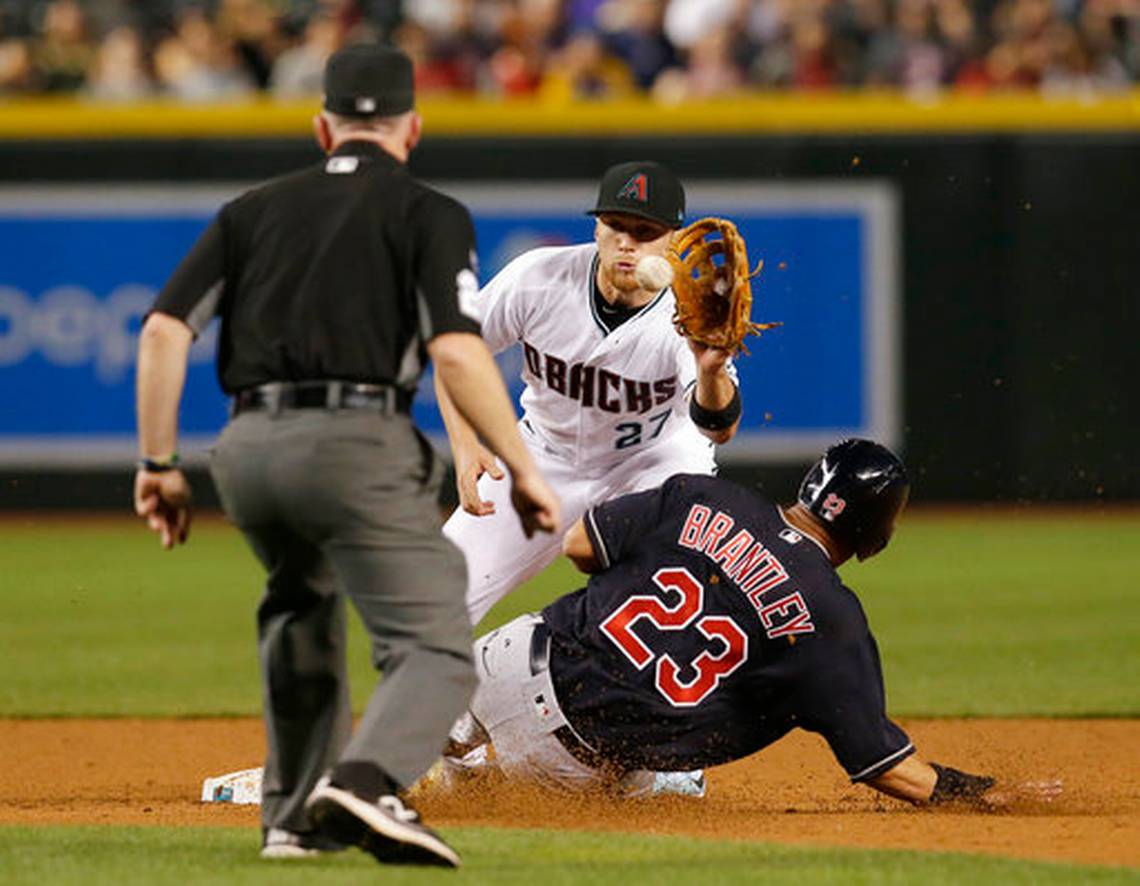 Well, tonight we found out the Indians will not go 162-0 this year. The Tribe opened up a three game interleague series with the Arizona Diamondbacks, who used a strong fifth inning to beat the Indians, 7-3.

Cleveland started the game hot, thanks to a Francisco Lindor home run and a two-run Santana single to center which scored Yandy Diaz and Tyler Naquin.

Here are the three takeaways from tonight’s loss against the Arizona Diamondbacks.

Josh Tomlin started the game for the Indians. The first four innings went okay but the fifth inning was another story.

Tomlin gave up six runs in 4.2 innings, striking out six. Tomlin didn’t give up a home run, but everything was flying off the Diamondbacks bats.

The Indians were able stay patient at the plate early in the game. They scored three off of Arizona pitcher Shelby Miller who was 0-8 at home since joining the Diamondbacks before entering tonight’s game

The Indians finished with five hits on the night, four of which came off of Miller. After that, the Diamondbacks bullpen only allowed one hit.

However, Lindor launched a solo homer to right field give them a early lead. In the second inning, Carlos Santana singled to center which scored two.

Edwin Encarnacion continued his dominance in Chase field. Coming into this game, Edwin was hitting
.310 with 10 homers but finished one for four tonight.

3. Carlos Santana plays the outfield for the first time

Carlos Santana played right field today. Manager Terry Francona talked about having Santana and Encarnacion in the lineup on the same day during interleague action.

Only two balls were hit to Santana tonight. One of them was in the bottom of the fifth, in which he made a diving attempt and missed and the ball went all the way to the wall, that scored Paul Goldschmidt off of Jake lamb’s hit.

The two teams will continue their series tomorrow as Trevor Bauer will pitch for the Indians and Zack Greinke goes for the Diamondbacks. First pitch set for 8:10.