Three Takeaways From The Blue Jackets’ 3-1 Loss To Pittsburgh 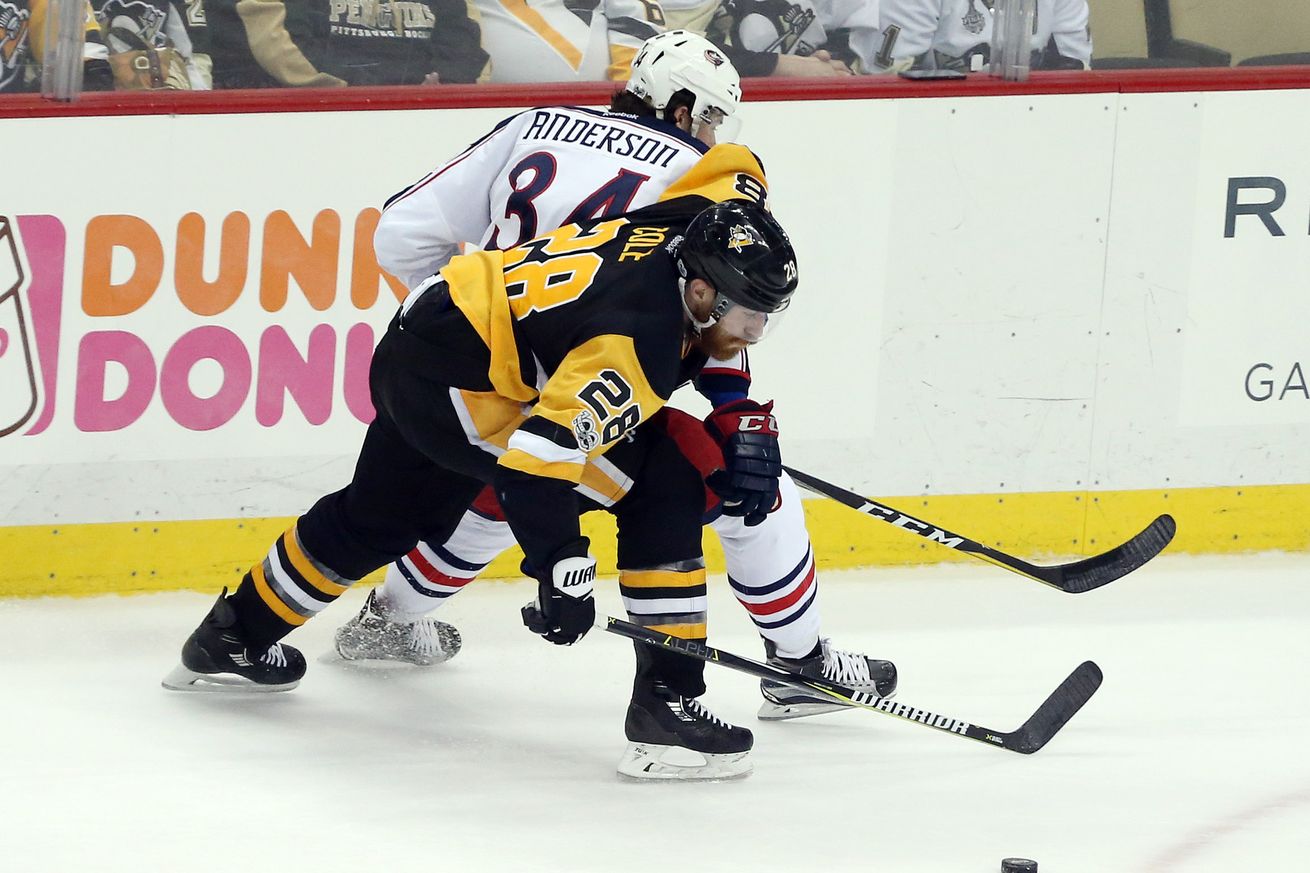 The Blue Jackets returned to the postseason with a disappointing showing, falling to the defending Stanley Cup Champion Pittsburgh Penguins by a score of 3-1. With the only goal coming from Matty Calvert in the final frame. The Penguins now lead the series 1-0.

Here are my three takeaways from Game 1.

1. No Murray, No Problem For Pittsburgh- The Jackets came into the postseason on a rough stretch but appeared to catch a break when Pittsburgh would play without its starting goaltender Matt Murray, who left markups early due to an injury and would not start. Taking his place would be Marc-Andre Fleury, a winner of two Stanley Cups as well as the starting goaltender for the 2009 Penguin Champion team. Fleury would not falter, stopping 31 of the 32 shots sent his way, only allowing a Calvert marker in the third.

2. Atkinson & Foligno Essentially Absent On Shot Charge- Most would expect to see a lot of shots from Cam Atkinson and Nick Foligno when hearing Columbus fired 32 shots. However, that would be incorrect. Atkinson and Foligno combined for three shots on goal, which to me was astounding. Big players have to step up in big games, so here’s hoping that these two find the opportunity to shoot and score more often in Game 2.

3. Monster Madness- One cool thing to see was the amount of former Lake Erie Monsters in the playoffs, as Zach Werenski, Josh Anderson, Oliver Bjorkstrand and Lukas Sedlak are all on the roster and only Sedlak missed yesterday’s game. These guys went from winning the Calder Cup Championship right into fighting for a Stanley Cup Championship. That’s impressive no matter what way you word it. Let’s see if they can complete their run going back-to-back with the AHL and NHL top gold.

Game 2 between Columbus and Pittsburgh is Friday.