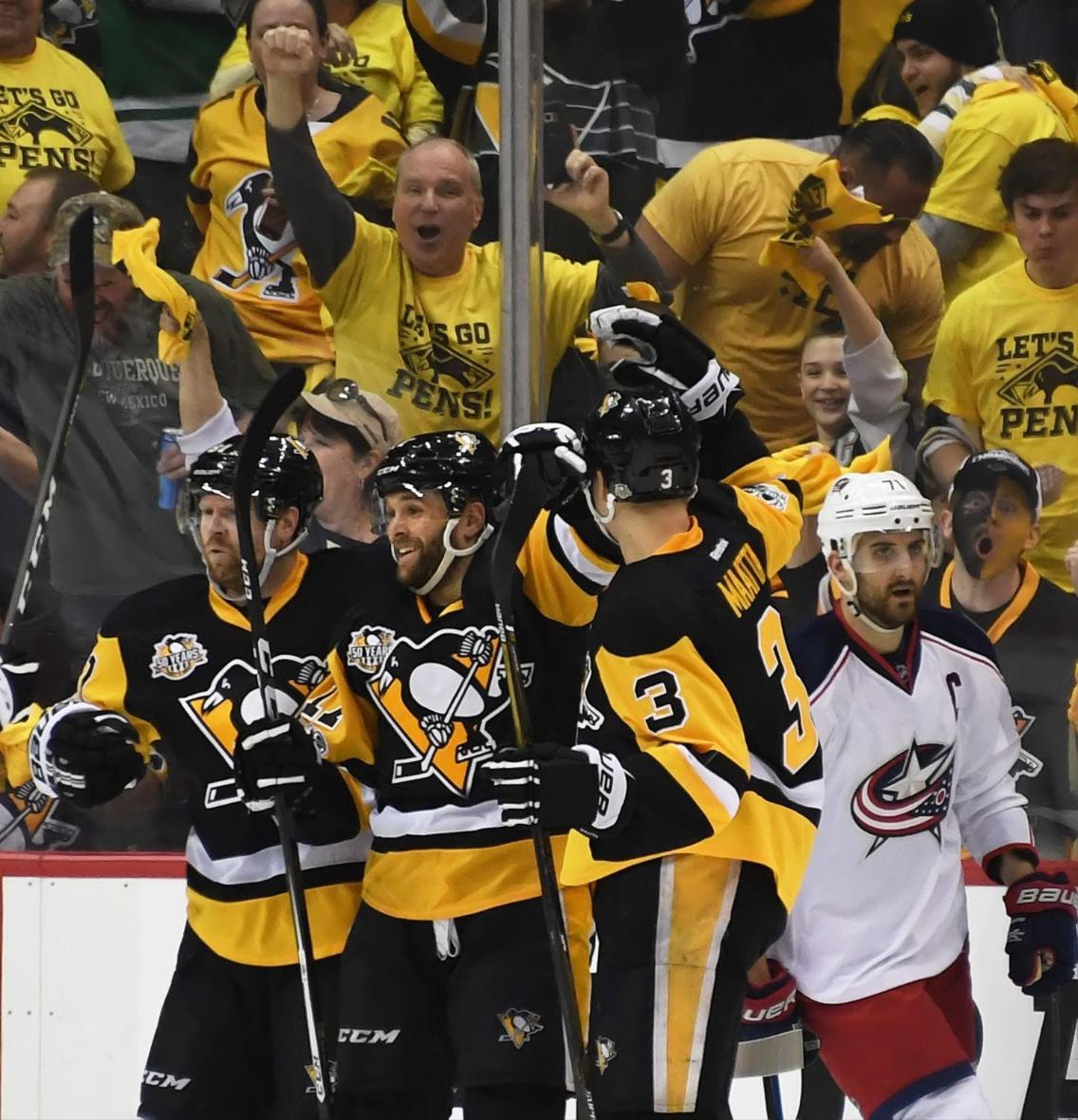 Wednesday night marked the third playoff appearance in Columbus Blue Jackets Franchise history. The Jackets once again face off against the defending Stanley Cup Champs, Pittsburgh Penguins. The Penguins knocked the Jackets out of the first round in 2014, and look to do the same this year.

The night started out as strong as the visiting Blue Jackets could of hoped, minus one crucial stat, GOALS.

Everything was going Columbus’ way in the first period. The squad looked fresh and speedy on the offensive side of the ice. The Jackets planned to come out and set the tone of the game early, and that’s exactly what they did.

However, despite having a 16-3 SOG advantage in the first period, the CBJ could not ‘for the love of the hockey gods’, get the puck to find the net.

There was strong tension throughout the game, as the Jackets nearly scored time and time again. You could feel the anticipation for a CBJ goal for most of the first period, as they tried everything to burry one home, but it never came.

Everyone from Zach Werenski to Matt Calvert to Scott Hartnell had good looks at the goal, but they couldn’t get one past Marc-Andre Fleury.

Sergei Bobrovsky was able to hold the Penguins scoreless in the first period, mostly because of the offensive barrage the CBJ were pouring on Pittsburgh’s defense.

It was a successful period for the CBJ, but it was still apparent the team was frustrated.

Most nights, with scoring opportunities like that in a period, it may have been a two score lead for the Jackets. This time however, it was scoreless after one period of CBJ domination.

All of the Blue Jackets’ nightmares came true in the second period. The Penguins busted out of their early offensive woes, scoring two quick goals within 3:45 to start the period. Bryan Rust and Phil Kessel were both got goals nearly back to back to give the Penguins the 2-0 lead early in the second. Pittsburgh would continue to dominate the CBJ in the second, flipping the story from the first period and holding the Blue Jackets to only 4 SOG to their 16.

Later in the period, Pittsburgh would extend their lead one more off the stick of Evgeni Malkin. The Penguins had now dropped three unanswered goals. Unlike the Jackets, the Penguins had no problem capitalizing on a 16 to 4 shot on goal difference.

The Jackets had signs of life in the third period when Calvert finally got the Jackets on the board. His late game goal was assisted by Josh Anderson. Calvert’s goal did give Columbus a late momentum surge, but it was too little too late.

Nothing more would come of the second wind the jackets had found late in the game. The Penguins take game one by a score of 3-1.

If the Blue Jackets are to stand a chance, they have to find a way to split the series in Pittsburgh. They have their shot to steal a win on the road, this Friday for Game Two.