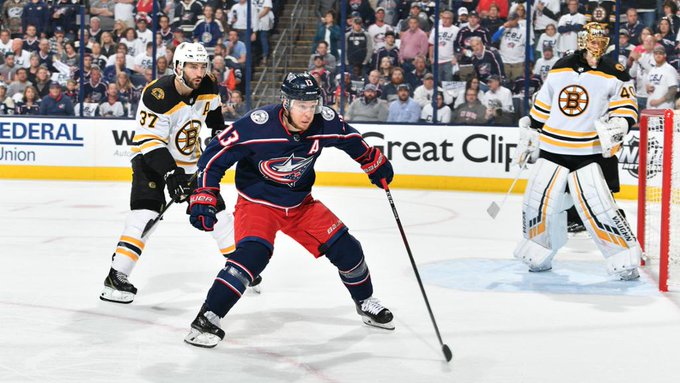 The best season in the history of the Columbus Blue Jackets ended Monday night, as the Jackets were defeated at home by the Boston Bruins by a final of 3-0.

The win puts Boston up against the Carolina Hurricanes, who swept the New York Islanders in the second round.

The Jackets lost game one of the series, only to then win games one and two. The Bruins then rallied to win three straight, including two games in Columbus.

Tuukka Rask made 39 saves and recorded his sixth career playoff shutout in the win for the Bruins.

David Krejci scored in the first period, and Marcus Johansson and David Backes had third-period goals for the Bruins, who gave up four power plays to the Blue Jackets but stonewalled Columbus on a number of chances.

Columbus goalie Sergei Bobrovsky had an outstanding postseason but allowed two quick goals in the third period that sealed another hard, tight-checking game and the series for Boston.

The Jackets had the city talking after they upset the Tampa Bay Lightning in the first round with a sweep.