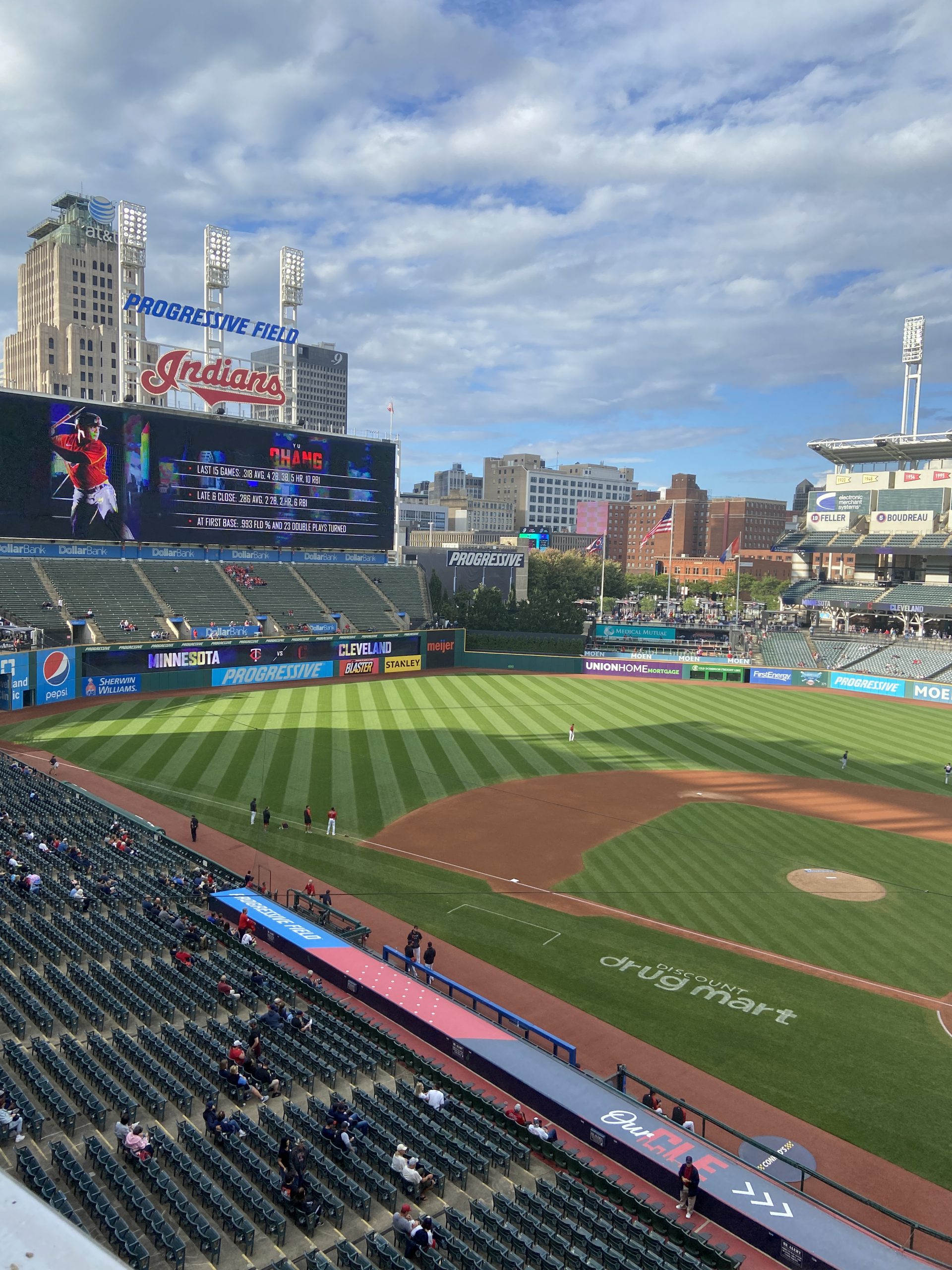 Thursday night the Indians looked to avoid the sweep by Minnesota. A light rain fell prior to first pitch but not enough to delay the game. 11,846 were in attendance at Progressive Field for the final game of the series.

Cal Quantrill was on the bump for the Tribe. The 26-year old was making his 19th start of the season, which is his most in a single season. Quantrill has been a solid piece to the Indians’ starting rotation. August was the best month of his career as he carried a 1.42 ERA.

The Twins struck first with a solo blast by Miguel Sano in the 2nd inning.

Franmil Reyes hit his 28th homerun in the 3rd to put the Tribe up 2-1. Reyes’ blast ended the drought of 25 straight scoreless innings for Cleveland.

Oscar Mercado followed Reyes’ lead and hit a solo shot to left field in the 4th. The Indians’ hitters caused Twins’ starter Andrew Albers to labor. Albers was near 100 pitches in the 4th. Luke Farrell came in for relief of Albers in the 5th.

Jose Ramirez padded the Tribe’s lead with a solo shot in the 7th bringing the score to 4-1.

Quantrill pitched another gem going 7.2 innings giving up just one run, two walks and fanning five. Blake Parker came in for relief in the 7th and recorded the final out of the inning.

Emmanuel Clase came in the 9th and sat the Twins down, one…two..three.

The Indians will host Milwaukee Friday night at 7:10 PM EST

Indians Can’t Get on the Board, Fall to the Twins 3-0
Cleveland Indians 2021 Year In Review