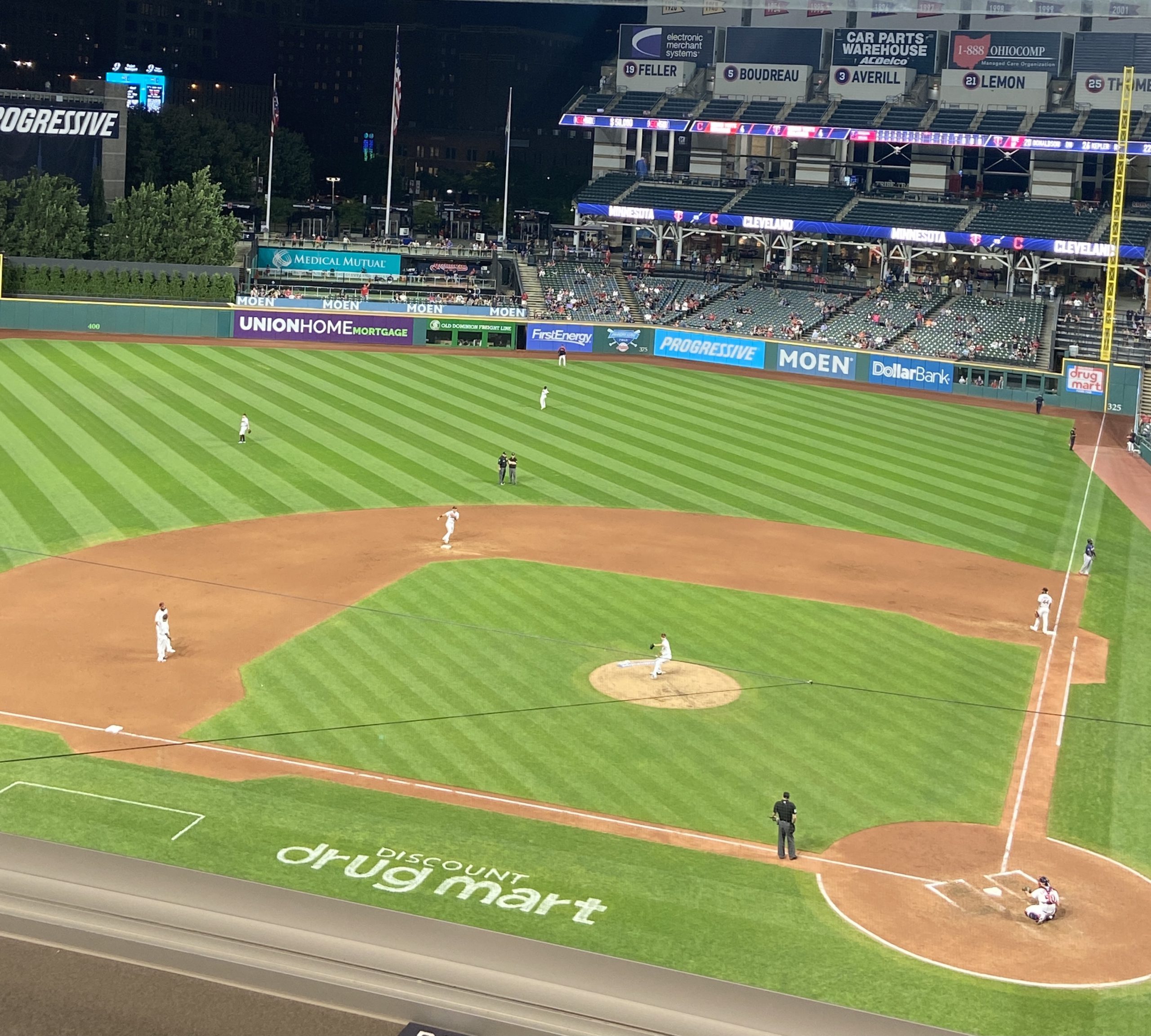 On a gorgeous night in Cleveland, the Tribe was looking to get a win against the Twins. The Indians had dropped the first two of the four-game series.

Triston McKenzie was on the hill for the Tribe. The 24-year old was making his 20th start of the season. McKenzie had a career-long-three- game streak coming into tonight. After struggling with walking batters the first half of the season, he had limited hitters to one or zero walks in eight of his last nine starts.

The Twins got on the board first, in the 5th, with an RBI double by second baseman Nick Gordon. The damage was limited setting the score at 1-0.

McKenzie had a strong outing going six innings giving up one run, one walk and fanning seven.

Miguel Sano tacked on to the Twins’ lead with a solo shot in the 7th.  The Twins’ starter, Joe Ryan, was pitching a no-hitter through the 7th until Amed Rosario broke it up with a single to left field. The Indians were not able to capitalize and kept the score at 2-0.

Byron Buxton drove in Ryan Jeffers in the 8th adding another one for Minnesota putting them up 3-0.

The Tribe’s offense struggled to get anything going against the Twins. This marks the 10th  time the Indians were shut out this season.

The final game of the series is Thursday at 6:10 PM EST

Indians Need To Make It Official and Shutdown Bieber and Civale for the Rest of 2021
The Tribe Avoids the Series Sweep, Beat the Twins 4-1