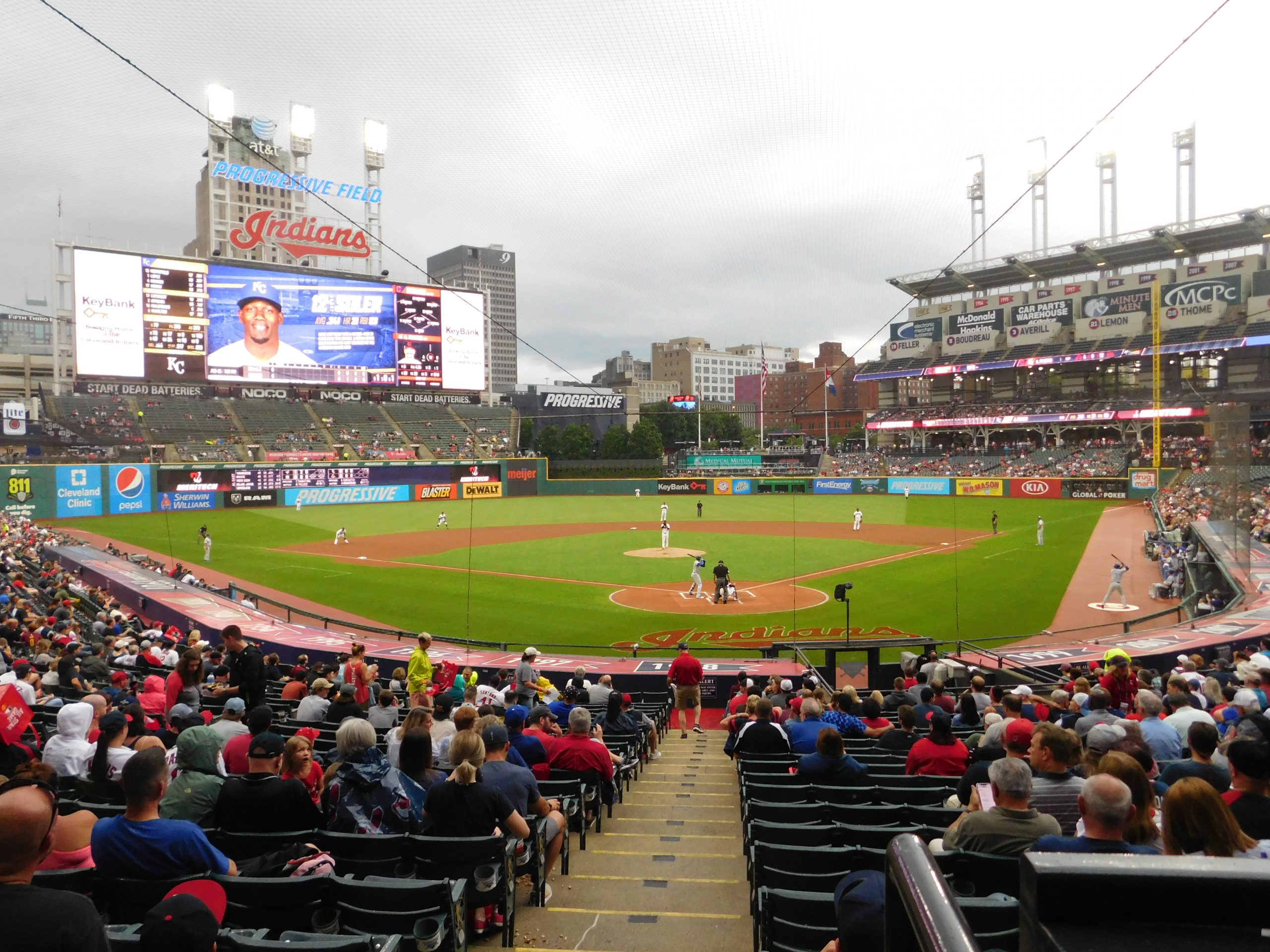 Before this year, the Cleveland Indians had advanced to the playoffs in four of the last five seasons. What do they have to show for it? Nothing, except for the distinction as the team that fell to the Chicago Cubs, and thus helped break the curse of the goat.

Unfortunately for the tribe that will be no more – Cleveland is rebranding the team and will become the Guardians after the conclusion of the 2021 season – they are victims of another curse. A more insidious curse. The curse of the small to mid-market teams.

Nevertheless, Cleveland averaged 1,461,030 fans, which is good for the 10th best total in the American League.

Considering that there are 15 teams, we can categorize them as large, middle, and small market teams. The large-market teams are the top five (1-5), the mid-level teams are the next five (6-10); with the small-market teams comprise the last five slots (11-15).

Cleveland is on the fringe between middle and small market, yet they have exceeded expectations on the field with sound management that has not only acquired top-level players but has also effectively developed their talent.

After the recent success of the Cubs and Houston Astros – cheating notwithstanding – the life cycle of a small to middle market team in MLB is approximately five years. Once a player reaches his arbitration eligible years, executives must decide whether to fish or cut bait.

Show them the money or trade the player for valuable prospects and start the process all over.

Some teams, like the Tampa Bay Rays and Cleveland Indians have shown that they have the skill or luck to pick good players and more importantly, develop them into major league stars.

That is precisely what occurred between the 2020 and 2021 seasons.

Gone are All-Stars Francisco Lindor and Carlos Carrasco, who were both shipped to the Mets for Isaiah Green and Josh Wolf, a pair of minor league prospects; Andres Gimenez, an infielder who finished 7th last year for the Rookie of the Year Award; and Amed Rosario, a short stop that was used as an outfielder.  The tribe also lost 1B/C, Carlos Santana and closer, Brad Hand.

Remind you of anything, Jobu?

Instead of building on a winning season, ownership let their two best free agents leave, and traded arguably the best shortstop of this generation and a top of the rotation hard throwing starter, without adding much in return.

Considering that the game plan for this year was to resort to the farm system to fill in those gaps, the bet may turn out to pay off in the long run.

It was looking like the Indians were going to surprise everybody midway through the season.

On June 24th, Cleveland was 10 games above .500, in second place in the Central, two games behind the division lead, and 7.5 games ahead of the third place Kansas City Royals. Two weeks later, they were still in second place, but had fallen to 8.0 games behind the division leading Chicago White Sox, and their lead over the third place Tigers dropped to 2.5 games.

On June 30th, the Indians closed out a three-game set with the Tigers by losing a double header. What was up next? A pair of four game series against the Tampa Bay Rays and Houston Astros. Let that sink in for a moment. The East leading Rays and West leading Astros. The same two teams that met in last year’s ALCS.

Cleveland lost all eight games, three of which went to extra innings. Talk about a tough stretch!

And therein lies the insidious nature of the middle to small market franchises. Baseball is a 162-game marathon, not a sprint. It takes time for young prospects to become acclimated to the daily grind. 26 weeks of day in, day out, nonstop baseball. Living out of a suitcase for 13 of those weeks, of which at times can be a 10-day, three city road trip.

It takes a year or two to get past the physical and mental rigors of a major league season without even considering what occurs on the actual diamond.

Fortunately for the soon-to-be Guardians, the pitching staff continues to show signs of a bright future, despite losing the reigning AL Cy Young Award winner, Shane Bieber to a shoulder strain in early June. Aaron Civale and Zach Plesac won double-digit games, while the bullpen found Hand’s replacement in Emmanuel Clase, the second year closer, who saved 23 games, in 64.2 innings of work, with 68 K’s, thru September 21st. 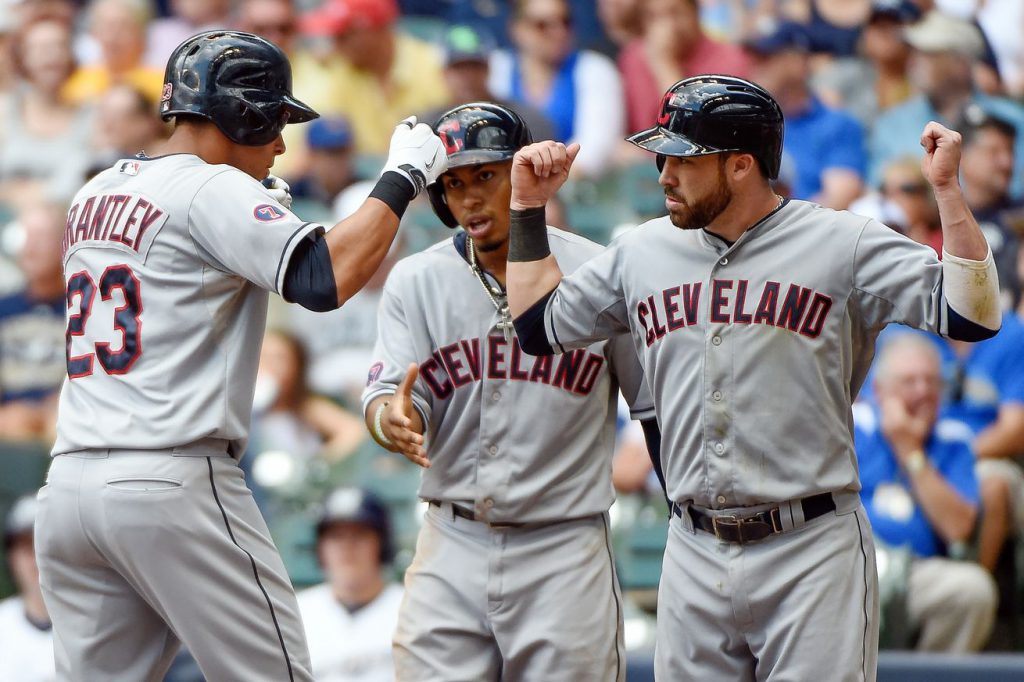 The tribe fell back to mediocrity in 2021, leveling out at about .500 with a 73–76 record, as of the date of this publishing. To see more of the Indians for the rest of the way, look at these MLB odds.

With another year of player development and a few key free agent acquisitions this coming offseason, Terry Francona and the future Guardians of Cleveland are poised to return to the limelight and compete for the AL Central. Most projections had the Indians winning just over 80 games in 2021, so if you bet the over its going to be a stressful next couple of weeks. They would have to win more than seven of their last 13 games. Possible, but very unlikely.

The Tribe Avoids the Series Sweep, Beat the Twins 4-1
Can The Cleveland Indians Improve in 2022?