The NFL is Down to the Final Four; Thoughts on the AFC and NFC Title Games 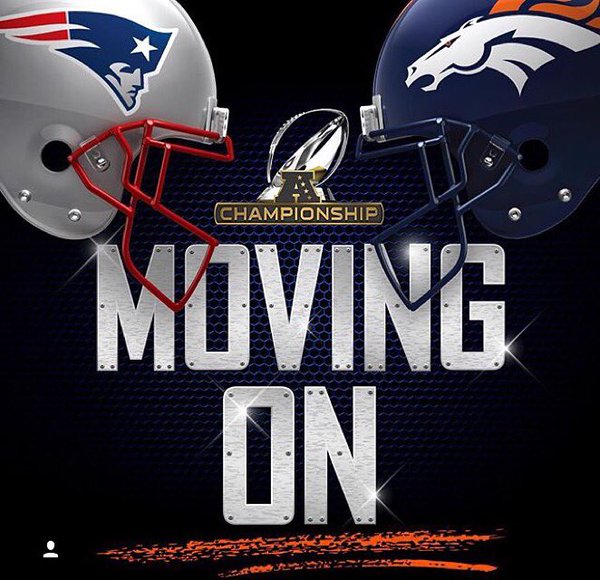 Last week it was all the road teams, this week the home teams, and with that, the 2015 NFL season is officially down to the final four.

The Patriots and Broncos will meet in Denver next week in a game that will be nothing more than another chapter (17 if counting) in the long standing back and forth between Pats QB Tom Brady and Broncos QB Peyton Manning.

Yesterday the Pats took care of business at home against the Chiefs, who were red-hot coming in, while the Broncos rallied for 11 fourth quarter points to beat a depleted Steelers team in Denver 23-16.

Manning just doesn’t look like the Manning of old, and even against the Steelers he was only able to produce one touchdown while relying on Brandon McManus nailed five field goals to help out in the win.

The Patriots, unlike the Steelers, will find a way to force some turnovers, something Pittsburgh was close to getting Sunday. Two years ago Manning beat Brady and the Pats with a tremendous effort at home, but this time I don’t see it.

In the end, the Pats will be back in the dance.

In the NFC it’s going to be a battle of two very good teams that played in last year’s playoffs, but in a wild card game that saw the Cards playing third string QB Ryan Lindley.

This time around it’s Carson Palmer and the Cardinals against Cam Newton and the Panthers, who built a 31-0 lead against the Seahawks, holding on to win 31-24.

These are the two best teams in the NFC, and it’s going to be a fun battle that I can see putting up a lot of points on both sides.

Newton is playing as well as he ever has, and there’s a reason why the Cats are now 16-1 after beating a team that many felt would roll into Carolina and beat.

The Panthers at home will find a way, setting up what should be a solid Super Bowl 50 between the Panthers and Patriots in a few weeks in San Francisco to end the 2015 season.

The Browns Stand At 2; What’s the Rest of the Order For the 2016 NFL Draft?
AFC Championship Game Preview: Brady vs Manning for Maybe the Final Time