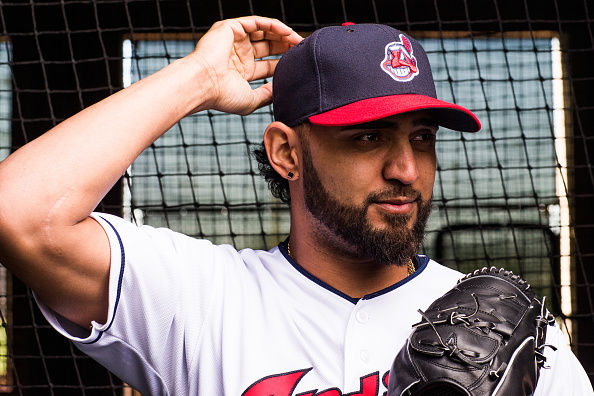 “Getting this player back from injury is as good as making a trade, if not better.”

The above quote is pretty common in sports, especially as a trade deadline nears. In some instances, it’s uttered by a front office member as an attempt to convince fans why his team may hold off on making any deals. After all, getting a quality player back is clearly a big boost, and it doesn’t cost a thing.

The Cleveland Indians appear to be taking this approach, especially when it comes to Danny Salazar. Team GM Mike Chernoff recently referred to the oft-injured as a “reinforcement” Cleveland was getting back, seemingly as a way to explain why no major moves need to be made at the trade deadline.

This is, to say the least, a very concerning approach. All due respect to Salazar in his attempts to get back on the mound, but the Indians can’t let his impending return impact any of their deadline plans.

I’m not saying that having Salazar back wouldn’t be a boost for the Indians. The last time we saw him on the mound, he pitched quite well.

Setting aside a rough outing against Kansas City, Salazar allowed a combined three earned runs in three August starts. After a brief hiatus, he shifted to relief duty, giving up five earned in 12.2 innings pitched, four of which came from one outing.

Those are numbers the Indians would certainly welcome, especially as they inch closer to the top of the AL Central standings.

There’s just one problem. The aforementioned numbers are from 2017, the last time Salazar touched a big league mound.

Since then, he’s continued to be plagued by injuries. He wasn’t able to get anywhere near a major league roster last season, and hasn’t pitched a full campaign since 2015.

As you can see, this is a notable flaw with the “who needs to make trades when you have Salazar coming back” approach.

Yes, when healthy, he has the talent to provide a lot for Cleveland. The problem is we haven’t been able to consistently say “when healthy” with Salazar in over three years.

Knowing this, it’s difficult to understand a suddenly-contending team pinning its hopes on a frequently injured pitcher as opposed to seeking upgrades via trade.

Sure, Cleveland’s relief corps has outperformed expectations this season. That said, assuming the addition of Salazar to the bullpen is a smarter route to take than acquiring another reliever could backfire in a bad way.

Likewise, I can only assume part of the reason we continue to hear rumors about the Tribe trading Trevor Bauer is because the team feels comfortable enough with Salazar’s progress that it views Bauer as a little more expendable. This, too, would be the makings of a massive misfire.

The fact is Salazar has given the Indians no reason to trust his health. Even if he’s at full strength now, he still has to prove he can avoid the injured list before anyone assumes he can be reliable.

With that said, Salazar should have absolutely zero impact on the Indians’ deadline plans. They can’t sit on their hands under the assumption Salazar will provide everything they could ask for in a trade. They also can’t view his pending return as a reason to trade someone else in the rotation.

Salazar could very well prove he can stay healthy this time around. However, until he does so, the Indians can’t afford to give him the benefit of the doubt.