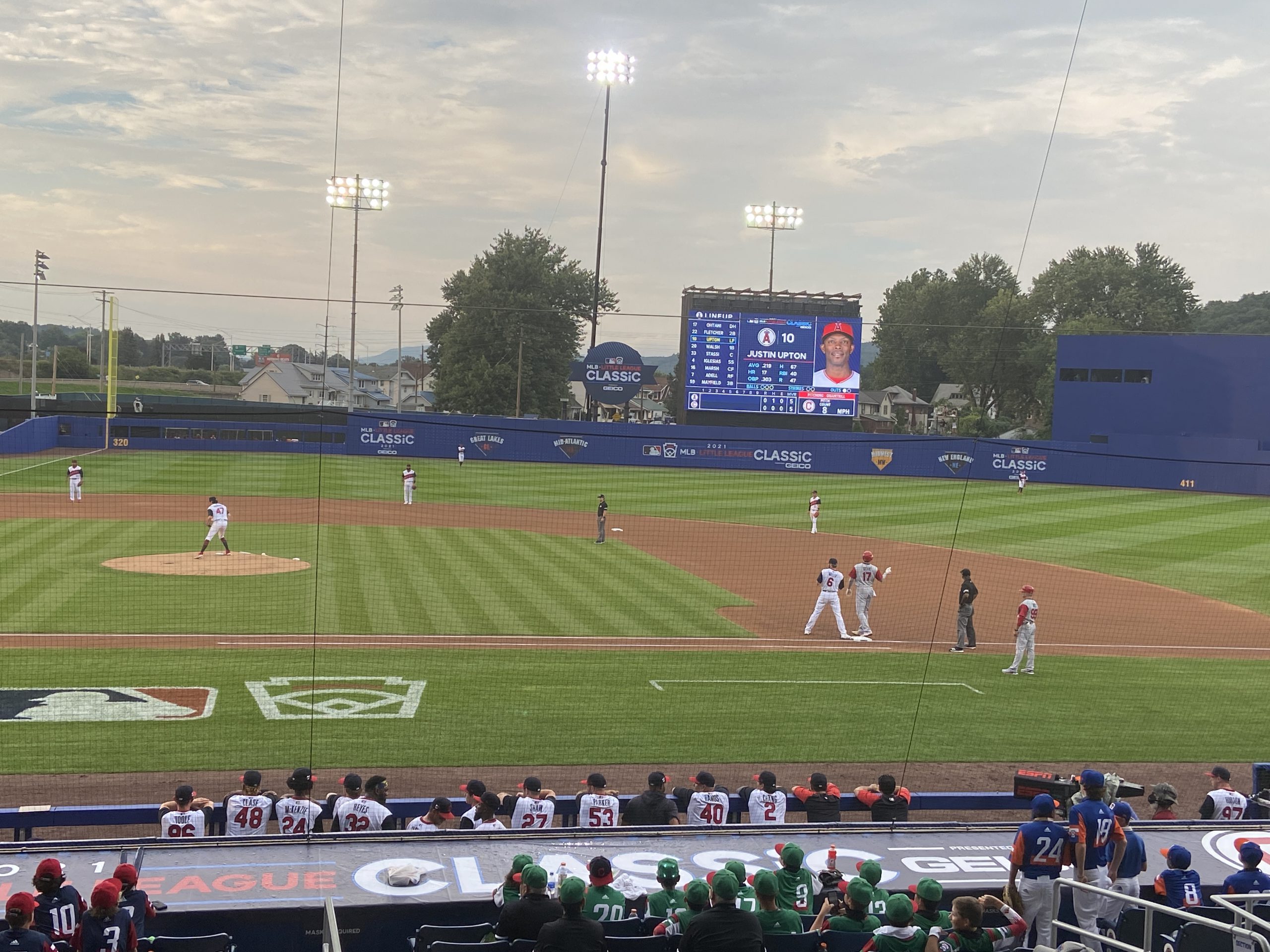 Nestled in the mountains of Pennsylvania, in Williamsport, is the home of the Little League World Series Classic. The Los Angeles Angels and the Cleveland Indians faced off at historic Bowman Field. The Stadium was filled with little leaguers who were thrilled to see their idols take the field.

Sunday night’s game marked the fourth annual event. The Indians were the home team and wore jerseys to represent the “Great Lakes” region. The Angels sported jerseys titled “The West” to represent their region.

I spoke to Triston McKenzie prior to the game and asked him what tonight meant to him:

“I feel like events like this, it’s less about us and more about the next generation…..the kids get to see (guys like) Ohtani, Reyes, Bieber and Trout…and put a face to the name of who they see on Sports Center and ESPN.”

The event included Little League teams and their families, tickets weren’t on sale to the general public. Due to COVID the Little League World Series was cancelled last year. It was great to see the youngsters enjoying themselves. They were dressed in their uniforms and danced along to the music. The wave was a crowd favorite and the kids got a kick out of yelling hello to their favorite players.

Cal Quantrill took the hill for the Tribe and Jose Suarez for the Angels. Cleveland was looking to sweep the three game series.

Amed Rosario got the Tribe on the board in the 1st with a two-run blast to left field. That was Rosario’s second homer in consecutive games.

Myles Straw drove in a run in the bottom of the fourth to make the score 3-0.

Quantrill had a stellar performance on the hill. He pitched seven innings, fanning nine batters, without giving up a run.

Though tonight’s game was a regular season game for the Indians, it was more than that for the kids in attendance. Who knows there may have been a future All Star in the crowd.