The Cleveland Indians Have No Excuse for Another Passive Winter 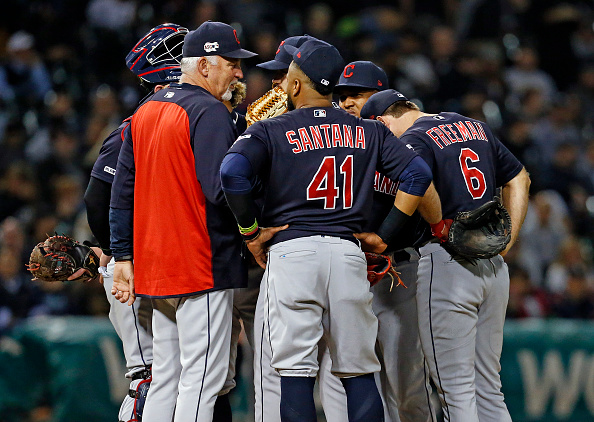 The Cleveland Indians’ goal for the 2019 season was as cut-and-dry as you can get – win another AL Central crown and try to get back to the World Series.

Said season just wrapped up, and the Tribe is watching the playoffs from home. Despite hanging in there until the final week, Cleveland fell well short of its objective for the year, landing eight games behind the division-winning Minnesota Twins.

In attempting to explain this shortcoming, many point to the lackadaisical winter the Indians had before the season began. For the bulk of the offseason, Cleveland sat on its hands and shed payroll, an odd approach considering how soundly the team was defeated in the 2018 playoffs.

While the tight race down the stretch may convince ownership there’s no need to change the approach this winter, the fact is the team has no excuse to be that passive again. We learned this year the Indians are no longer the top dog in the AL Central. Assuming otherwise is just going to further damage their attempts to contend.

Don’t get me wrong, the fact Cleveland was able to stay in the hunt down to the final week truly is admirable. The team dealt with a handful of damaging injuries, yet was still able to erase what was once an 11.5 game deficit in the standings for a short stint in first place.

As remarkable as this was to watch, the Indians should’ve never had to climb out of said hole to begin with.

Cleveland spent last offseason assuming there were still no threats within the division, that the losses of key players like Michael Brantley and Edwin Encarnacion would have little to no impact on its status as the best team in the Central. The team carried this belief all while the Twins picked up extra offense in the form of Nelson Cruz and Marwin Gonzalez, doing so after a year in which they played below expectations.

The Indians responded with “marquee” signings like Hanley Ramirez and Carlos Gonzalez, two aging hitters who were both off the roster by Memorial Day. It was another sign they just didn’t believe there were any threats to worry about, that another Central crown was all but certain.

Instead, Cleveland started the season stuck in the mud while Minnesota surged into first place. The front office got complacent, ignoring what a division rival was doing to retool and focused on saving money instead of countering.

While that wasn’t the only reason the Indians find themselves watching the postseason from home, it’s certainly one of the biggest factors. As a result, there’s just no way Cleveland could justify running back the same routine this winter.

Along with the realization they now have serious competition to worry about, the Indians are also freeing up some money to spend.

The team just declined the option of second baseman Jason Kipnis, paying $2.5 million for his buyout instead of the $16.5 million they would’ve owed had they kept him. Thanks to a midseason trade, the Indians also don’t have to worry about heading into arbitration with Trevor Bauer, which likely would’ve cost them another $15-20 million.

This unspent money, plus the fact the Central is no longer the cakewalk it once was, should be all the front office needs in terms of motivation to be active this winter.

Again, Cleveland fell short of the goal it laid out for itself. To respond to this with another passive offseason would not only damage the Indians’ chances to return to the postseason, it would also be an insult to the fans the organization so desperately wants filling seats at the ballpark.

I say this, but I’d be lying if I wasn’t concerned about Cleveland’s plans for the winter.

It’d be so easy for ownership to say “we would’ve been in the playoffs, were it not for the injuries.” Using this as the lone excuse, then banking on everyone staying healthy in 2020 instead of making upgrades is a tactic I’d be genuinely worried about in the coming months.

As mentioned, though, the team would be wrong in taking this approach.

The AL Central is no longer the Indians’ division to lose. They lost it. It’s time for them to use this as proof they can’t have themselves another winter of cost-cutting.

Down and Out; Indians 2019 Season Ends in a Thud
After Addressing the Media, The Indians Have Questions to Ponder as the Offseason Begins