Down and Out; Indians 2019 Season Ends in a Thud 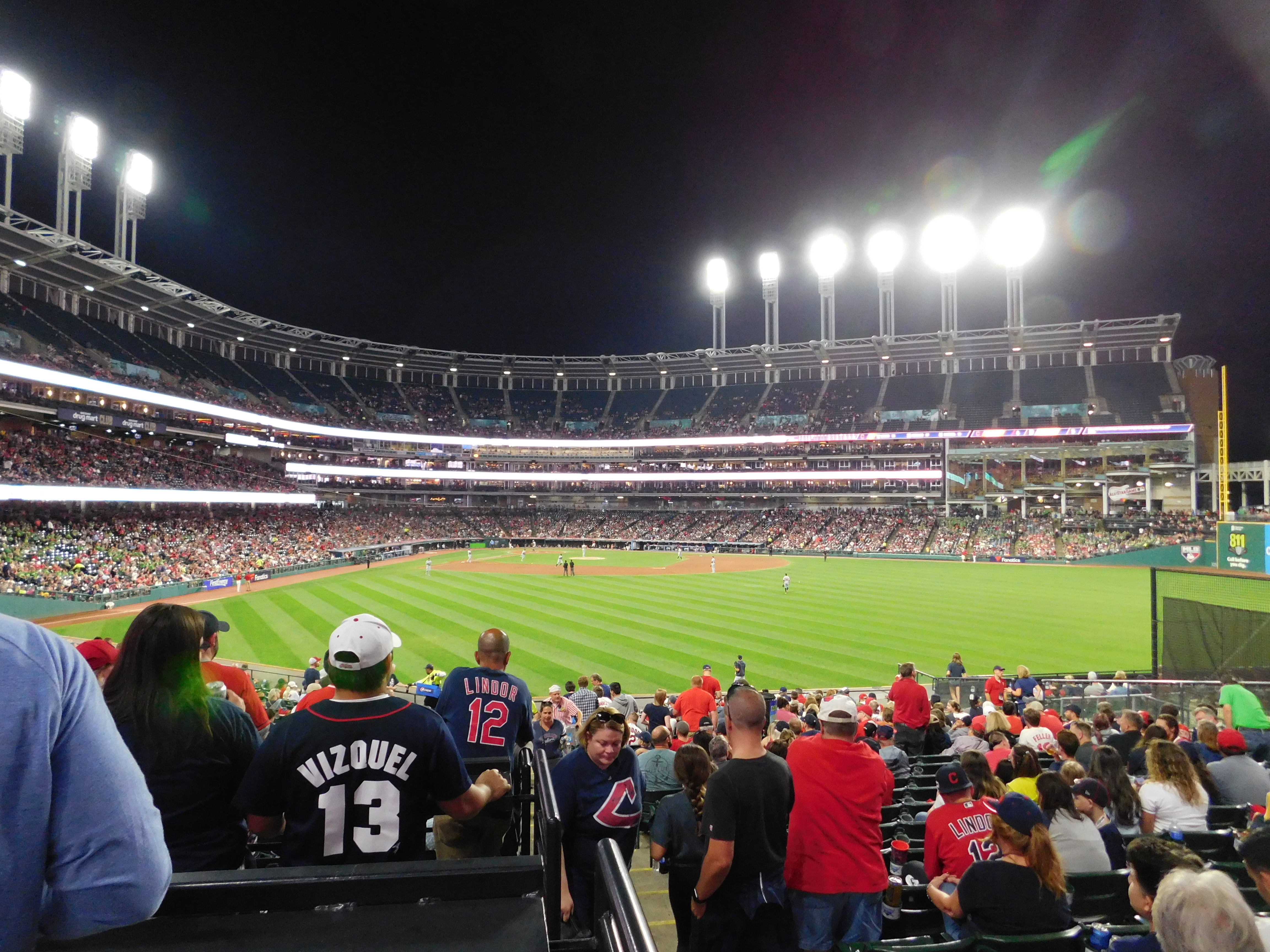 The Cleveland Indians’ hope for a post-season spot came to a crashing halt Friday night in Washington.

Following the home finale a week ago, the Tribe was tied with Tampa Bay for the second spot with six games to play. But after an 11-0 win in the first game in Chicago, highlighted by Jose Ramirez’ return to the lineup with two home runs, the offense snoozed and the pitching showed wear and tear in two disappointing losses, 8-3 and 8-0.

Another game of giving up eight runs eliminated Terry Francona’s squad, this one 8-2 to the Nationals. So, coming into the week, we felt the Indians could only lose one game, and they lost three straight.

We have compared the Tribe season to a basketball team that was down 20 in the first half and had to fight back to came it a game, only to have nothing left to win the game.

After Cleveland took a half game lead in the AL Central on August 12th by beating Boston on a Carlos Santana homer, thus erasing the 11.5 game bulge Minnesota had on June 2nd, the Tribe went 21-22 over the next quarter of a season, and that was simply not good enough.

Injuries didn’t help, that for sure. But the Indians got back into the race without Corey Kluber and Carlos Carrasco, but losing Jose Ramirez at the end of August was a blow to the offense, one that added Franmil Reyes and Yasiel Puig at the end of July.

And it was the offense that failed Cleveland. The Indians finished tied for 7th in the AL in runs scored after finishing third a year ago, while the pitching staff ranked third in ERA, one of only three teams in the Junior Circuit to have a team ERA under 4.00 (Tampa and Houston).

What happened to the offense? The simple view is the Indians probably only got better performances from the first base position (Carlos Santana vs. Yonder Alonso), catcher, and at centerfield.

Jose Ramirez didn’t produce in the first half, and Francisco Lindor had the lowest walk rate since his rookie year, and it showed in his numbers with men in scoring position. The all-star shortstop was very impatient in clutch situations, helping opposing pitchers by swinging at bad pitches.

The big deadline trade brought Reyes and Puig, but the former had an OPS about 60 points lower with Cleveland (785) than in San Diego (849), and the latter hit just two home runs with the Tribe, none of them at Progressive Field, at least as an Indian.

Puig did get on base a lot though, which is a good thing, just maybe not for your cleanup hitter. His slugging percentage was behind that of Oscar Mercado and Roberto Perez.

So, the offense still wasn’t up to that of the best teams in the AL. Again, you need to score runs to make the playoffs, and Houston, New York, Minnesota, and Oakland all finished in the top five in runs in the American League.

Depending on what happens today, the Indians could be sixth, just ahead of Tampa, but Cleveland doesn’t have the relentless lineups (read: no weak spots) that those other teams do.

Houston has eight, the Yankees six. Those lineup make you work. The Indians need to get some of those guys if they want to get back in the mix in 2020.

The lack of consistent hitting hurt the Tribe. Averaging 5 runs per game is good, but not if it’s done by scoring 10 one night and getting shutout the next.

Podcast: CLE Sports Talk with Casey Drottar – 9.30.19
The Cleveland Indians Have No Excuse for Another Passive Winter