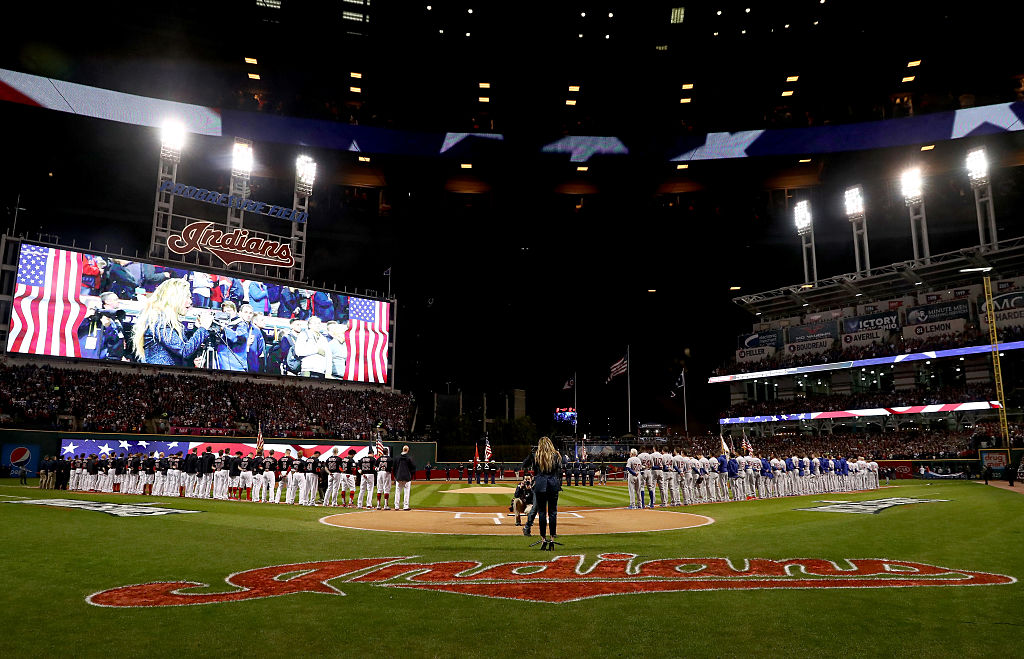 CLEVELAND – Not wanting to make Mother Nature upset, Major League Baseball has announced that they are moving the start time for Wednesday’s game two of the World Series between the Indians and Cubs.

The forecast for tomorrow from WKYC Channel 3 is calling for a high of 53 degrees for Wednesday, and the chances of showers will increase as the evening goes.

Starting at 5pm till 7pm there’s just a slight chance of showers, but starting at 8pm, that chance increases to 30 percent, and then at 9pm it jumps to 40 percent.

The chance for rain goes up to 60 percent by 10pm.

Kluber Sets World Series Record Striking Out Eight Cubs in Three Innings in Game One
Indians Take World Series Game One in 6-0 Shutout Of Cubs; Thoughts on the Huge Win to Kickoff the Series