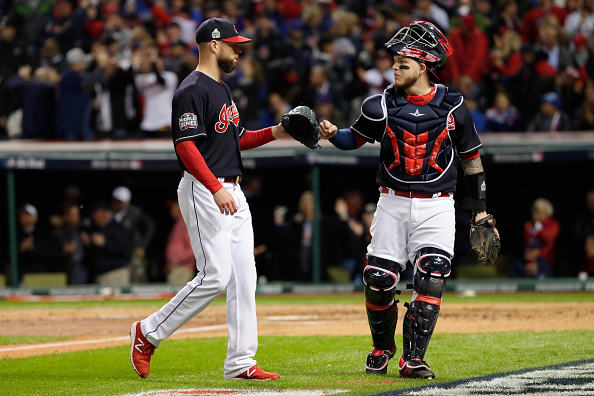 CLEVELAND – The Indians are leading the Chicago Cubs 2-0 in game one of the World Series after three innings, but already history has been made in the 2016 Fall Classic thanks to Tribe starter Corey Kluber.

The ace of the Indians staff has been unhittable in the first three frames, as he has set a World Series record by striking out eight batters in three innings.

In three innings of work, Kluber has thrown 52 pitches, 34 strikes. Bob Gibson, Orlando Hernandez and Randy Johnson all had seven K’s through three innings, a record that Kluber passed when he struck out Bryant to end the third with his 8th K.