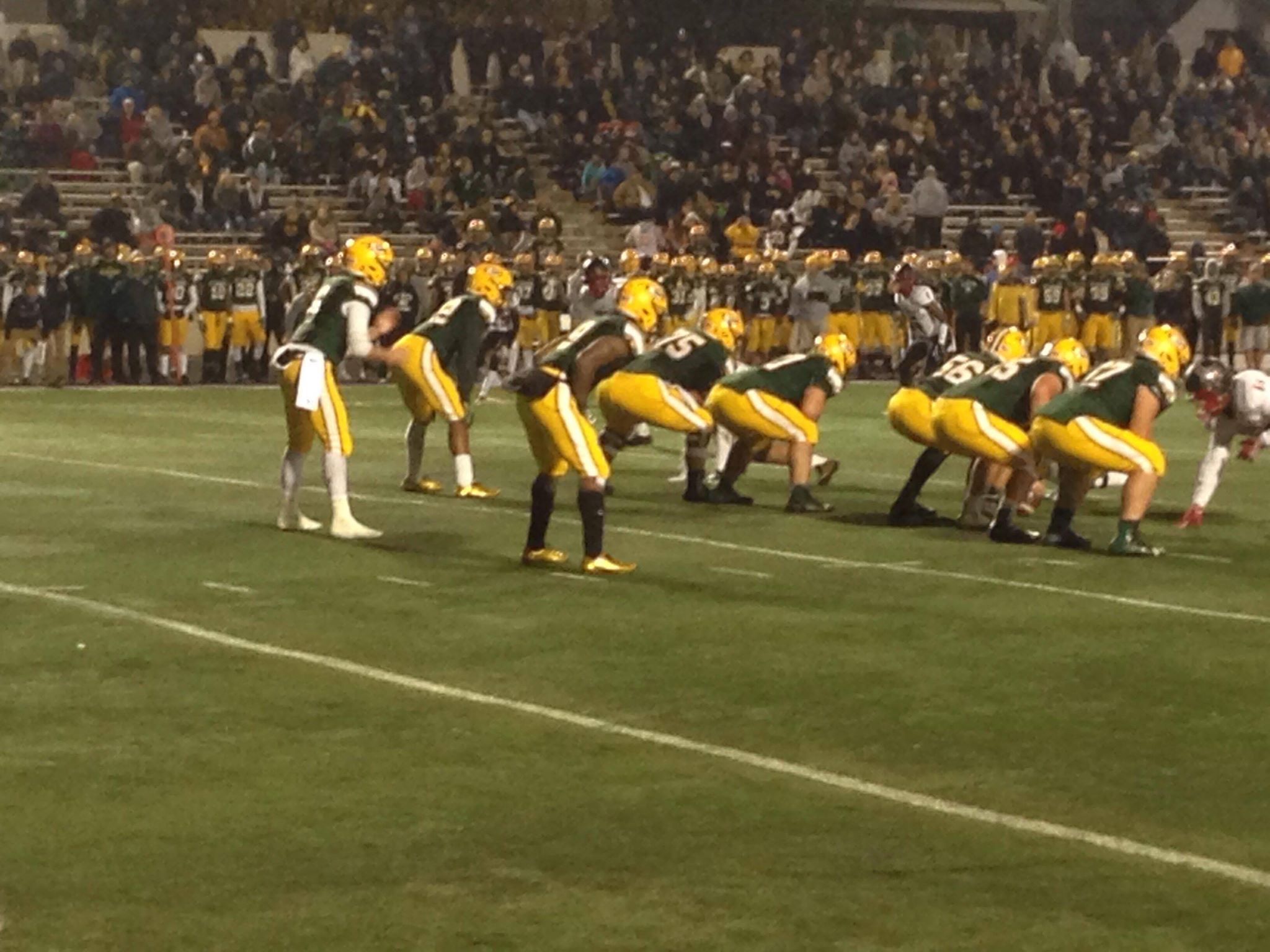 ***Friday Night’s game between the St. Edward Eagles and the Canton McKinley Bulldogs is sponsored by YUZU Lakewood. YUZU Lakewood is located at 13603 Madison Ave. Lakewood, OH. You can also contact YUZU Lakewood at (440) 799-8343.

LAKEWOOD, Ohio – On Friday night, First Federal Lakewood Stadium held the first round of the OHSAA Division I Playoff game between St. Edward and Canton McKinley. Heading into the game the St. Edward Eagles were 9-1, while the Canton McKinley Bulldogs were 8-2.

This was only the second matchup ever between both of these teams, their last meeting was back in 1967. The Eagles defeated the Bulldogs 21-12. This season both teams did face off though in a scrimmage.

The Eagles did manage to score a touchdown before the opening quarter was over with. Dzuro connected with Quintel Kent for a 40-yard pass that was just one yard short of a touchdown. Dzuro had a 1-yard TD run with 1:20 and gave the Eagles a 10-0 lead over the Bulldogs.

In the second quarter, the Bulldogs attempted a 41-yard field goal but they also missed their attempt. The Bulldogs eventually did get on the board that quarter when Josh Chandler had a 7-yard TD run with 6:11 left in the first half. The Eagles were struggling offensively, along with the Bulldogs in the first half. The Eagles did not manage to convert their first third down conversion until 5:20 was remaining. Shortly after converting their first third down, the Eagles fumbled the ball and the ball was recovered by Bulldogs defensive lineman Micha Clemson. Clemson had a 37-yard scoop and score, which gave the Bulldogs a 14-10 lead over St. Edward. The ball squirted out again in the second quarter for the Eagles but the Eagles managed to jump back on the ball. The Bulldogs took the lead into the half though after a very hard fought first half from both teams.

The following is an interesting first half stat from both teams.

The Eagles looked to come out as a different team in the second half, St. Edward scored 14 unanswered points in the 3rd quarter. The Eagles got the scoring started when Dzuro threw a 46-yard TD pass to Tylan Rice with 9:00 left in the third. Ty Rice managed to find the end zone twice in the 3rd quarter, scoring on a 12-yard TD run with 2:50 remaining in the third.

The Eagles took a 24-14 lead into the final quarter of the game. St. Edward quickly continued their scoring trend early in the 4th quarter also. Dzuro threw another pass to Kent for 16-yards, this time for a touchdown. That drive only took 1:45 and had 5 plays for 58 yards. The Bulldogs stopped the Eagles momentum briefly after scoring for the first time since the Eagles managed to score 21 unanswered points. The Bulldogs had a 10-yard interception return by Xavier Smith when the Eagles were pinned back at less than their own 1-yard line with 8:49 in the 4th. The Eagles did not stop scoring though, with 1:38 remaining in the game, Dzuro threw a 29-yard pass to Kent for his 2nd TD of the night.

The Eagles came away with a 37-21 victory over the Canton McKinley Bulldogs and will be playing the Mentor Cardinals. It has not been announced yet where the game will be played at just yet.

Tylan Rice commented on the difference between the first and second half:

Rice also commented on if there was a difference with having Garrett Dzuro at quarterback the whole game:

Garrett Dzuro had this to say about being the quarterback the whole game and not having to switch out:

Dzuro commented on having 4 touchdowns and what went right in tonight’s game:

“The play calling. Coach had a great plan coming into this game. All the plays were there, we just had to execute. We prepare in practice how we are going to play, and it showed tonight.”

Dzuro closed with giving his mindset for next week’s game against Mentor: