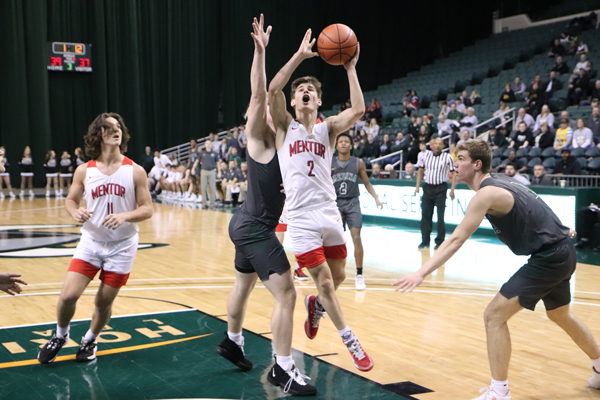 The COVID-19 pandemic forced the OHSAA to enforce unprecedented restrictions. With only immediate family and essential personnel allowed to attend, it would be easy to lose focus of the challenge ahead.

However, all four teams were able to keep their concentration to put together a great evening of basketball. Shaker Heights and Mentor both earned victories to advance to the regional final.

Shaker came out of the gate as strong as they have all season against McKinley. After starting with an 11-8 lead with 4:38 in the 1st, the Raiders pieced together a 13-2 run to close the frame. Their 24-10 first quarter was fueled by 7 points from the dynamic duo of Danny Young and Dakota Cochran.

Cochran finished the half with a game high 15 points including a final shot to beat the buzzer, as his Raiders closed the half on a 10-2 run to take a 41-21 lead at halftime.

Dakota Cochran beats the buzzer and the Raiders are ROLLING here in Cleveland!

A key component to Shaker’s first half success was on the glass. They outrebounded McKinley 19-11, including an 8-2 advantage on offensive boards.

Kobe Johnson was trying his best to keep McKinley within striking distance, it just wasn’t enough to keep pace early in the third. Shaker built their lead to 50-29 with 4:00 in the third.

Now, it was time for the Bulldogs to make a run of their own.

In the final four minutes of the quarter, McKinley outscored Shaker 18-8, cutting the deficit to 58-47.

With 6:46 in regulation, Shaker’s lead was trimmed all the way down to 58-52. In just over seven minutes of game time, a 21 point deficit was trimmed to just six.

Shammah Scott and the Raiders responded with a quick 6-0 run to extend the lead back to 10. The teams didn’t know it at the time, but that run essentially iced the game.

A quick 6-0 run for Shaker has extended their lead to 66-56 with 4:48 in regulation. @raidersofshaker @McKinleySports pic.twitter.com/HDe8sLoYSr

Down the stretch, both teams exchanged plenty of free throws to run up the score. There were a combined 43 fouls in the contest, 31 of which came in the second half.

By the final buzzer, Shaker Heights was up 83-71 on the scoreboard, earning an impressive victory over a talented Canton McKinley team.

Shaker holds off a second half rally to advance to the regional finals! 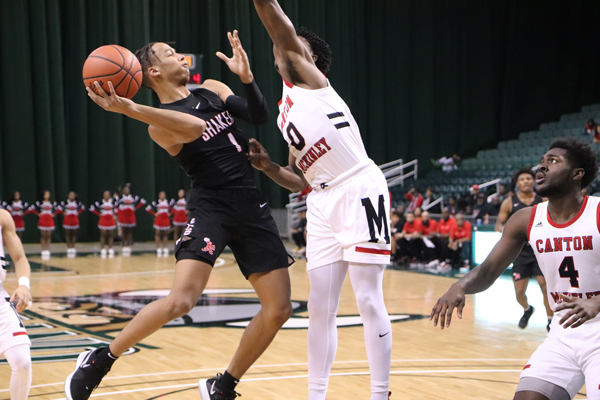 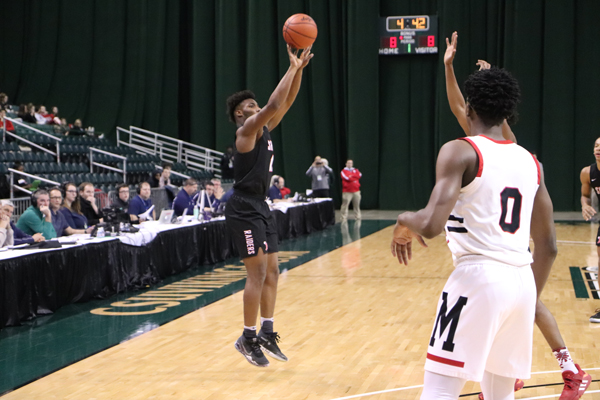 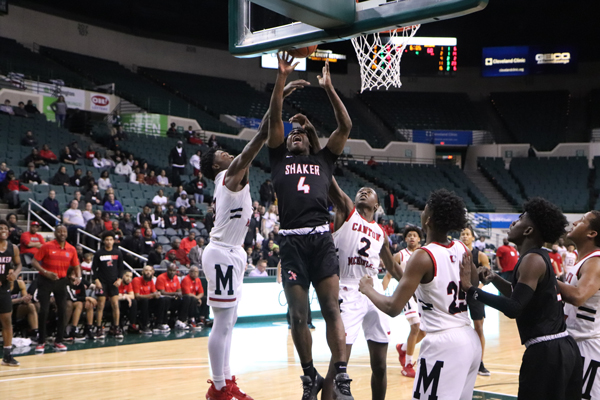 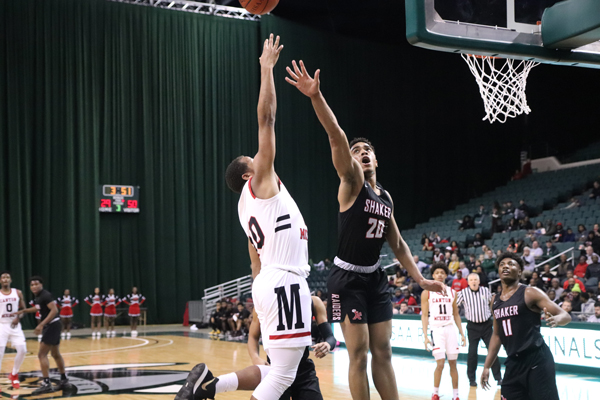 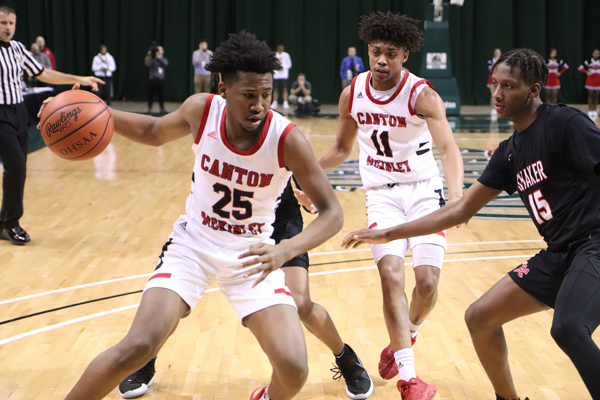 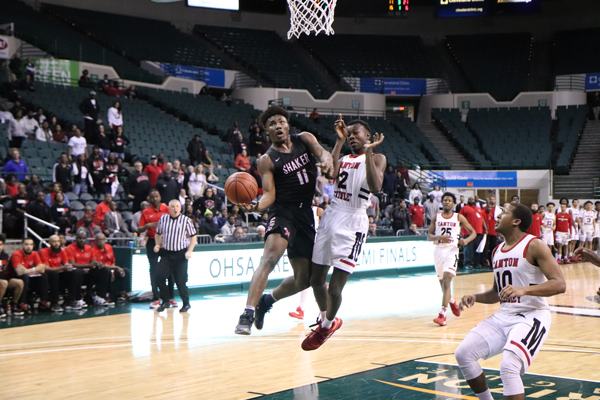 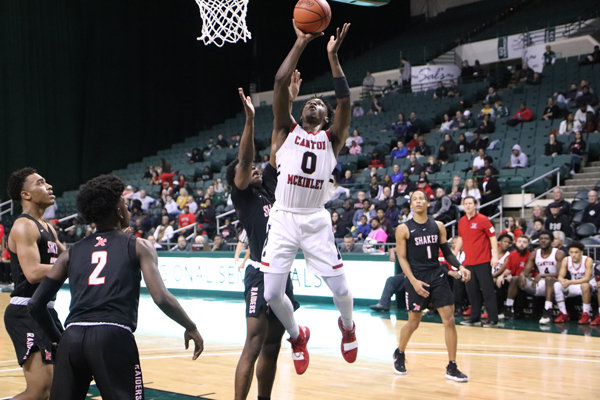 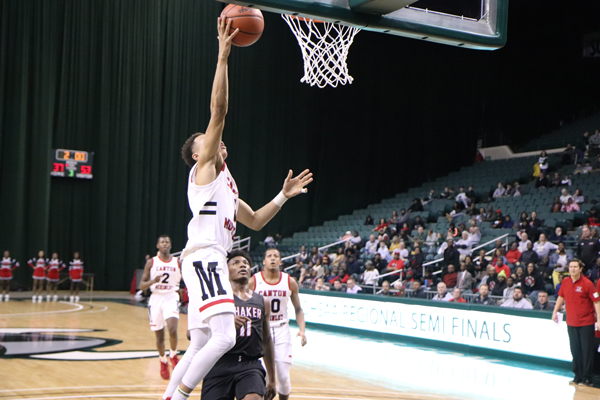 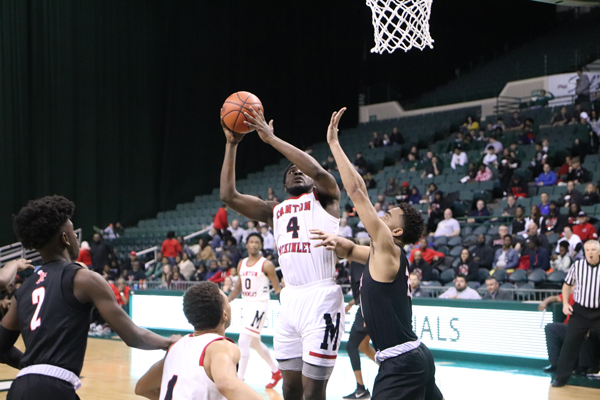 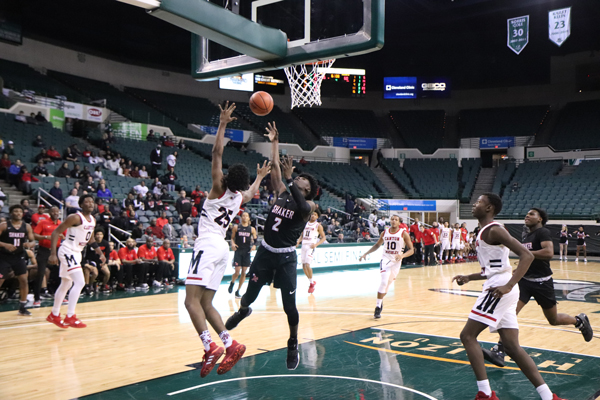 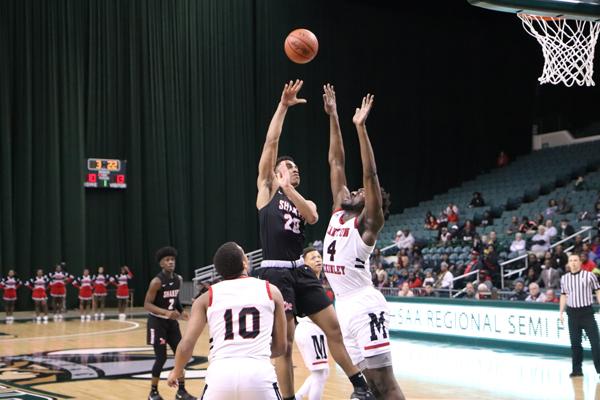 Coming into Wednesday night’s game, there was a lot of history between these two Greater Cleveland Conference rivals.

Medina had won their first meeting 94-81, while their second meeting was decided on a game winning three pointer by Mentor’s Luke Chicone.

The third meeting promised to be a great matchup, and it proved to be no less than that from start to finish.

Neither team could seem to find a rhythm in the opening quarter. Medina shot 35% from the field, while Mentor shot 31%.

Mentor carried a 14-12 lead into the second quarter, where both teams continued to play a very evenly matched game.

Luke Chicone, a junior who is committed to Youngstown State, finished with 13 points in the half. Corey Tripp, another junior who holds offers from Cleveland State and Bowling Green, finished the half with a team high nine points.

Mentor was able to steal a 29-28 lead heading into halftime on a tear drop at the buzzer from Kyle Fuller.

Neither team could find any sort of breathing room in the third quarter either. Kyle Szumski and Chicone were locked in a heated battle that essentially continued for the remainder of the game.

Compared to their first two meetings, the game was much lower scoring. It was 41-39 Mentor heading into the final quarter.

It looks like we’re on our way to another classic!

Chicone continued his outstanding performance in the final eight minutes of regulation. He led his Cardinals to a game high six point lead with 5:06 in regulation.

Adversity struck Mentor shortly thereafter, when senior Luke Floriea fouled out with 3:40 in regulation. The Cardinals missed his presence on both sides of the ball, as Medina surged back to tie the game 54-54 with just seconds remaining.

Chicone had the ball in his hands for the final possession of regulation, but strong defense from sophomore Jajuan Jackson caused the shot to go awry.

With that, it was overtime basketball at the Wolstein Center.

Szumski continued his strong second half in the first overtime, driving for a layup that gave Medina a 62-59 with 1:38 left.

Chicone, who finished with an astonishing 26 points in the second half and overtime periods, connected on a picture perfect layup of his own to tie the game at 65-65 with 15.7 in overtime.

Luke Chicone ties it up on a ridiculous spin move into a layup. 65-65, 15.7 in overtime. @medinaathletics @CardinalCage pic.twitter.com/0Vhg92grDp

Tripp was rewarded with the final shot of overtime after playing one of the best games of his career. However, his midrange attempt missed off the front iron, sending the game to double overtime at 65-65.

In the second overtime, Mentor was able to use clutch free throw shooting down the stretch to seal a 76-72 victory.

Chicone, who finished with 39 points in 40 minutes of action, came up huge in the closing seconds, stripping Szumski’s game tying layup attempt. He then iced the game with two free throws with one second left to send Mentor to the Regional Final.

Mentor and Shaker Heights will meet at 2 PM on Saturday at the Wolstein Center. The game will be closed to fans due to the COVID-19 pandemic, but a livestream link should be announced some time this week. 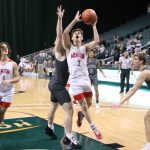 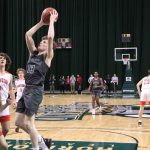 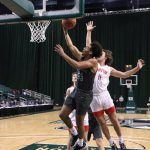 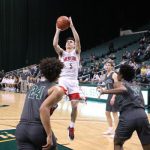 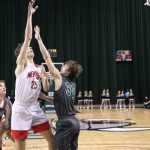 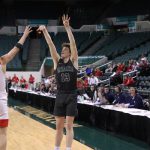 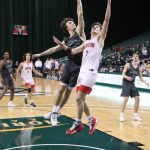 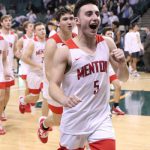 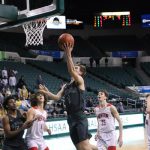 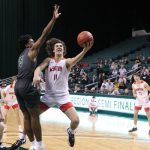