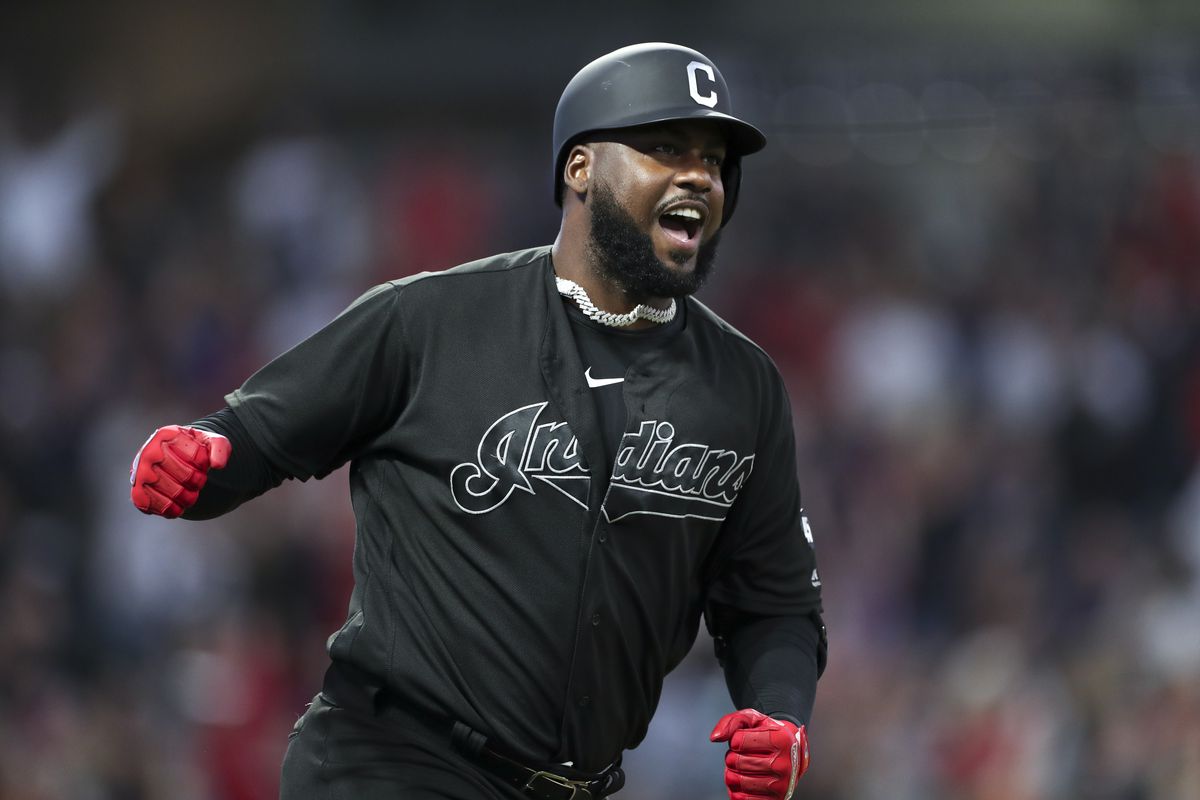 The Indians domination over the Detroit Tigers continued on Tuesday night at Comerica Park, as led by a six-run seventh the Tribe easily put away Detroit 10-1.

The 7th inning was highlighted by a three-run homer by new fan favorite Franmil Reyes, who has now homered in four straight for the Tribe.

He wasn’t the only Indian to smash the long ball on Tuesday, as the team as a whole hit three blasts on the night, Roberto Perez and Jason Kipnis getting in on the homer action.

Adam Plutko got the win to move to 6-3 on the year, going 5.2 of action, holding the hapless Tigers to just one run over that time frame.

The two teams go again on Wednesday, as the Tribe will look for their 13th straight against the Tigers, and 14th win overall this season.

Here’s a few quick tidbits on the Tuesday blowout.

Franmil Reyes called his three-run homer with two outs in the 9th on Sunday the greatest moment of his life. You have to wonder where Tuesday’s 7th inning three-run moon shot will stand as far as moments of his career and life.

Reyes clearly is over his early Tribe struggles, hitting homers in now four straight games. He’s now got six homers with the Tribe, and 17 runs batted in.

If he can stay hot he gives the Indians a huge bat in the middle to bottom of the order, and really can put a charge into this offense with the loss of Jose Ramirez.

Adam Plutko is the pitcher that a lot of Indians fans groan about when they talk about the staring rotation, but quietly he’s starting to put together a very nice season.

Tuesday with the help of an early lead he moved his record to 6-3 on the year, and yes he’s gotten the benefit of some big Indians offensive outings (like the Thursday game in New York when the team scored 19 runs), but even with a lead he’s still got to get hitters out, and he did that against Detroit.

All in all he went 5.2 innings, allowing one run on three hits with two walks and nine K’s.

Plutko has gone five innings or more in eight straight outings, and the team has won five of those eight games.

The nine K’s was by far a season high, as he had never struck out more than six in a game this season, and that again was against Detroit back on June 14th in a 13-4 win.

The Indians seem to be toying with the Tigers at this point, as they have simply dominated the Tigers this season.

Considering the team has won now 13 in a row against Detroit, and 14 of 15, it’s safe to say the Indians have Detroit’s number this year.

Yes it’s easy to pick on the Tigers, who are going through yet another rebuild and have torn their team down to the bare bones for the most part, but they are still a Major League team and they did have a nice comeback win against the Twins that helped the Indians out on Friday night.

It would be nice to keep up the winning ways against Detroit the next two days to finish off the season series.

The only Detroit win over the Indians came way back in the second meeting of the year back in Comerica on April 10th, a 4-1 win over former Indians pitcher Trevor Bauer, meaning that no current Indians pitcher has lost a game to Detroit this season.

Report: Jose Ramirez to Miss 5-7 Weeks
The Indians Remain Steadfast in Brad Hand; They Really Don’t Have a Choice