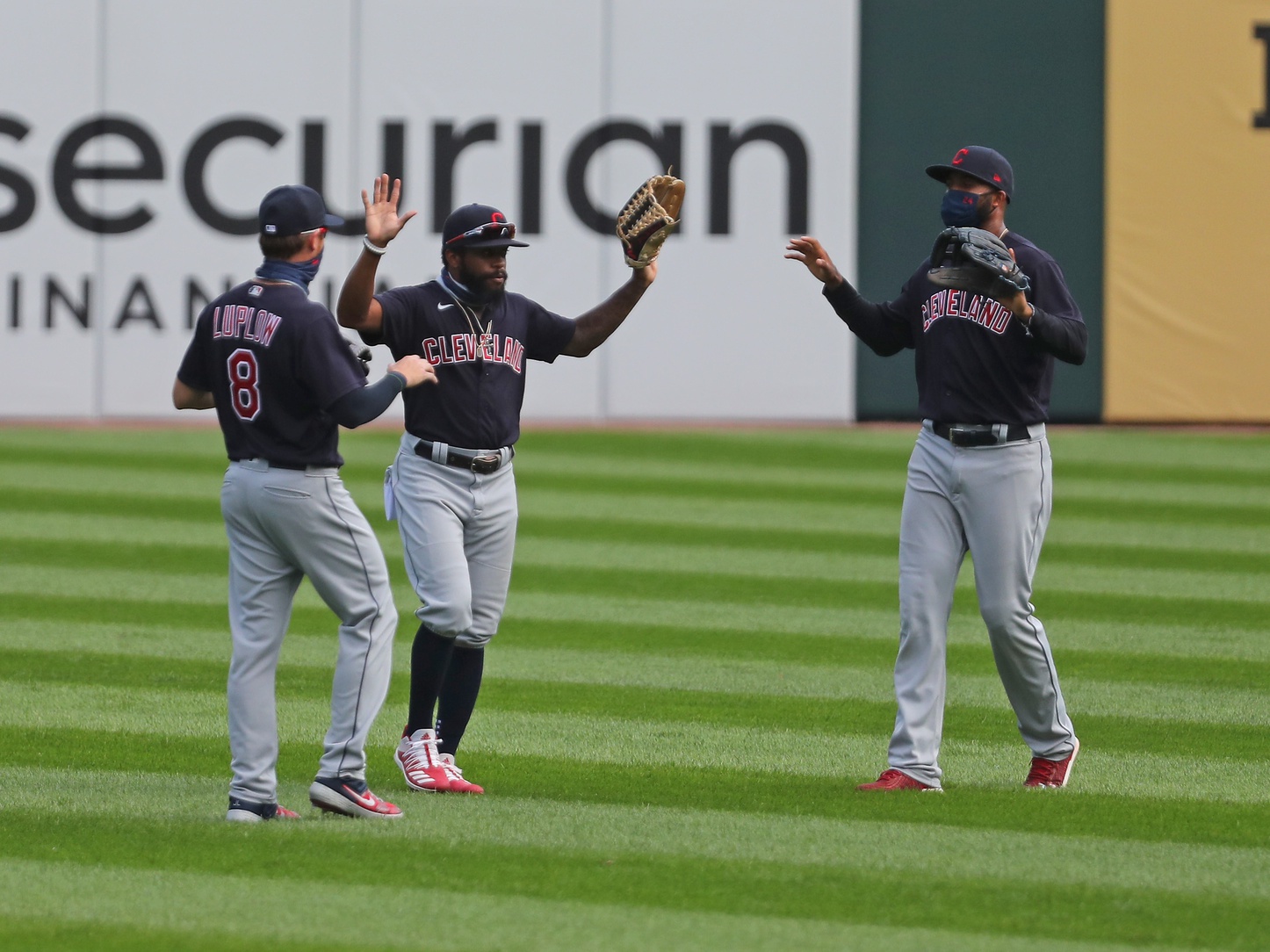 A couple of easy runs in the fourth, paired with two-run shots by Franmil Reyes and Jordan Luplow led to a big fourth inning for the Indians Saturday afternoon in Chicago.

Despite not manufacturing a hit through the first three innings, the Tribe turned it around with six in the fourth en route to a 7-1 win over the Chicago White Sox.

The Indians offensive struggles have been well-documented, only scoring more than three runs twice in seven games.

That seemed to be continuing early on in the game. With the White Sox starting right-hander Matt Foster, normally a bullpen guy, the game seemed to be the Tribe’s to lose early on. On the other hand the Indians started Zach Plesac, who was able to beat out Adam Plutko for the fifth spot in the rotation.

Foster and Plesac battled through the first two innings, with Foster seemingly ahead thanks to a Yasmani Grandal single in the second for the only hit in the game.

Foster being a bullpen guy, was never expected to go very long in the game, which rang true as he was pulled after two being replaced by Drew Anderson to start the third. Subsequently both teams went down in order in the third.

The party got started for the Indians in the fourth with a lead-off walk by César Hernández. A double one batter later by Francisco Lindor got Hernandez over to third. A wild pitch, followed up by a passed ball on a Carlos Santana walk brought home Hernandez and Lindor for the club’s first two runs of the game.

With one out, and one on with Reyes coming to the plate against Anderson, the Tribe slugger blasted a two-run shot to deep center field.

Two batters later Luplow hit one out following a Delino Deshields Jr. single to add two more for a grand total of six in the inning. The home run accounted for Luplow’s first hit in his first 21 at-bats this season.

Inheriting a six-run lead heading into the fifth, Plesac gave the Tribe two more shut-out innings on his way to his first win of the season. The Indians starter went six full innings, allowing no runs on five hits. Adam Cimber came in to retire the White Sox in order in the seventh.

Cam Hill, who has been fantastic in his first five appearances this season, got into some trouble during his time replacing Cimber in the eighth. Hill gave up a lead-off homerun to White Sox third baseman Yoan Moncada to start his outing.

Following it up with two quick fly balls, before walking Grandal and giving up a double to Nomar Mazara. Despite runners in scoring position, Hill got out of the inning striking out Luis Robert.

Leading by six heading into the final frame, the day was almost over for the Indians, as they sent out Phil Maton to close the game.

Maton got out of the inning relatively clean, only surrendering a single to left fielder Adam Engel before striking out Moncada to end the ballgame. A stellar outing for Plesac followed up with run support from the Tribe offense led to a big road win for the Indians over the division rival White Sox.