Report: Yankees Asking Indians for Zimmer or Frazier Plus Another Top-Tier Prospect for Chapman 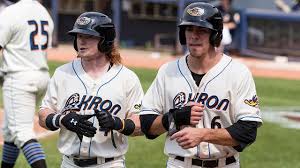 Proceed with caution, but according to New York-based reporter Mike Ortiz Jr., the Yankees are asking the Cleveland Indians to pay a steep price in exchange for Aroldis Chapman, should the Tribe decide to acquire the flame-throwing closer.

Sources: Yankees are asking Indians for a deal around Bradley Zimmer/Clint Frazier plus Justus Sheffield/Triston McKenzie.

Cont. Deal will involve Aroldis Chapman on the Yankees side. I'm told deal could be done tonight.

Giving up even one of the two highly-touted prospects, Zimmer or Frazier, seems like a reach to acquire a three-month rental, but the Yankees are going to try to squeeze everything they can out of a bidder for Chapman.

We’ll see if this report turns out to be true or if the Indians are not willing to part with one of their most valuable prospects along with another prized arm in the lower levels of the farm system.

Personally, this report does not hold the same weight as if it came from a more well-respected journalist, so take it with a grain of salt.

Report: Cleveland Indians Have “Best Names On Table” For Potential Aroldis Chapman Trade
Indians Close to Losing Out on Chapman – Yankees and Cubs Set to Make a Deal