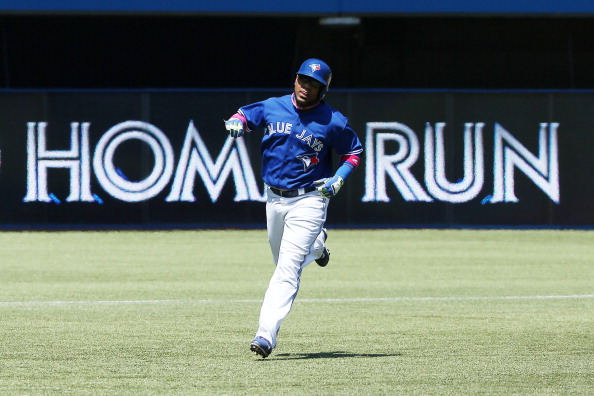 Edwin Encarnacion made his debut on Thursday officially with the Indians, meeting members of the media after he passed his physical and inked his three-year deal which includes a club option for 2020.

One aspect of the deal that is of interest is that of the bonuses involved. According to Jon Heyman of Fanrag.com, those bonuses are going to be based on something that’s been a hot topic involving the Indians in the past – attendance.

So Encarnacion will earn bonuses based on Indians crowds. In the past, this may not be worth much. But attendance may spike

There’s already been a spike in Tribe ticket sales, and that came right after it was announced that Encarnacion would be coming to the team.

Buster Only of ESPN reported that the team within 24 hours after the announcement gained over 100 full season ticket holders for the 2017 season.

As far as what jersey number Encarnacion will wear with the Indians, it’s been also made official that he will wear his normal number 10, a number that was worn by catcher Yan Gomes.

The team announced that Gomes will go from jersey number 10 to 7, and that Encarnacion will get number 10 starting this season for the Tribe.