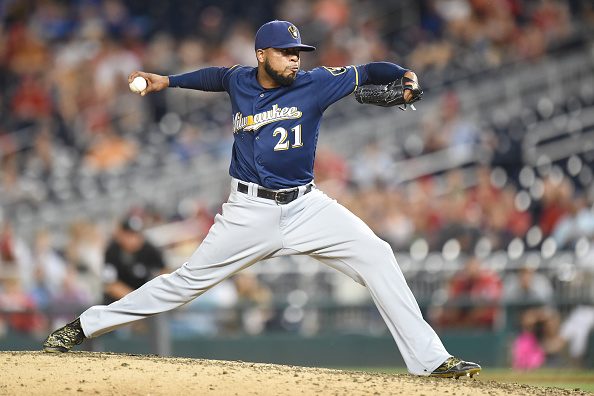 The trade deadline for Major League Baseball is August 1st this year, and there’s going to be tons of rumors about the Indians going after various players between now and then.

One of today’s rumors comes from Yahoo Sports’ Jeff Passan, who says the Indians and Milwaukee could be trade partners, with the Indians showing interest in relief pitchers Jeremy Jeffress or Will Smith.

Among the many teams ogling Milwaukee's relievers, one to keep an eye on: Cleveland. Jeremy Jeffress or Will Smith certainly can be had.

Smith is 27, and is in his 5th MLB season, third with the Brewers after two with the Royals. He’s 1-2 with a 2.12 ERA this season, allowing four earned runs in 17 innings.

It’s no secret that the Indians could use an arm or two in the pen, the question is what would the Brew crew want in return for one of their two relievers.

Indians: Gomes Injury is Best For Both Parties
Indians Reported to be in Talks for Milwaukee C Jonathan Lucroy