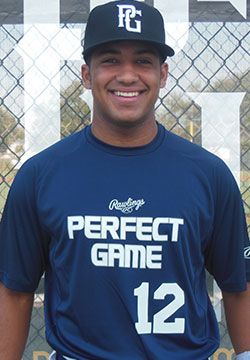 They say you build a great team through the farm system. For the Cleveland Indians, that statement rings true today and could continue.

According to Indians Prospective, the Cleveland Indians are the frontrunner to sign top infield prospect Aaron Bracho.

Bracho would be a July 2nd signing. Switch hitter with good power from both sides of the plate. Big money signing also. https://t.co/0WaX0EiTF0

Bracho currently plays in Venezuela, as his hometown is El Tigrito. At 5’10, 175 pounds, the sixteen-year-old shortstop was on the 2016 Florida Top Prospect Showcase and shows signs of great play at the plate and in the field. Check out some of Bracho’s play below:

Bracho was still only fourteen years old when he performed at the 2016 Florida Top Prospect Showcase, which makes all of the highlights shown above even more remarkable. If that doesn’t sell you on the shortstop, check out this report from PerfectGame.org.

Though the Indians already have a superstar at shortstop in Francisco Lindor, no team would ever turn down top talent. Bracho appears to have the makings of a top talent, so the Tribe appears to be interested in adding the young prospect.

Stay locked to NEOSI for more updates on the Cleveland Indians. Follow NEOSI on Twitter at @NEOSportsInside.