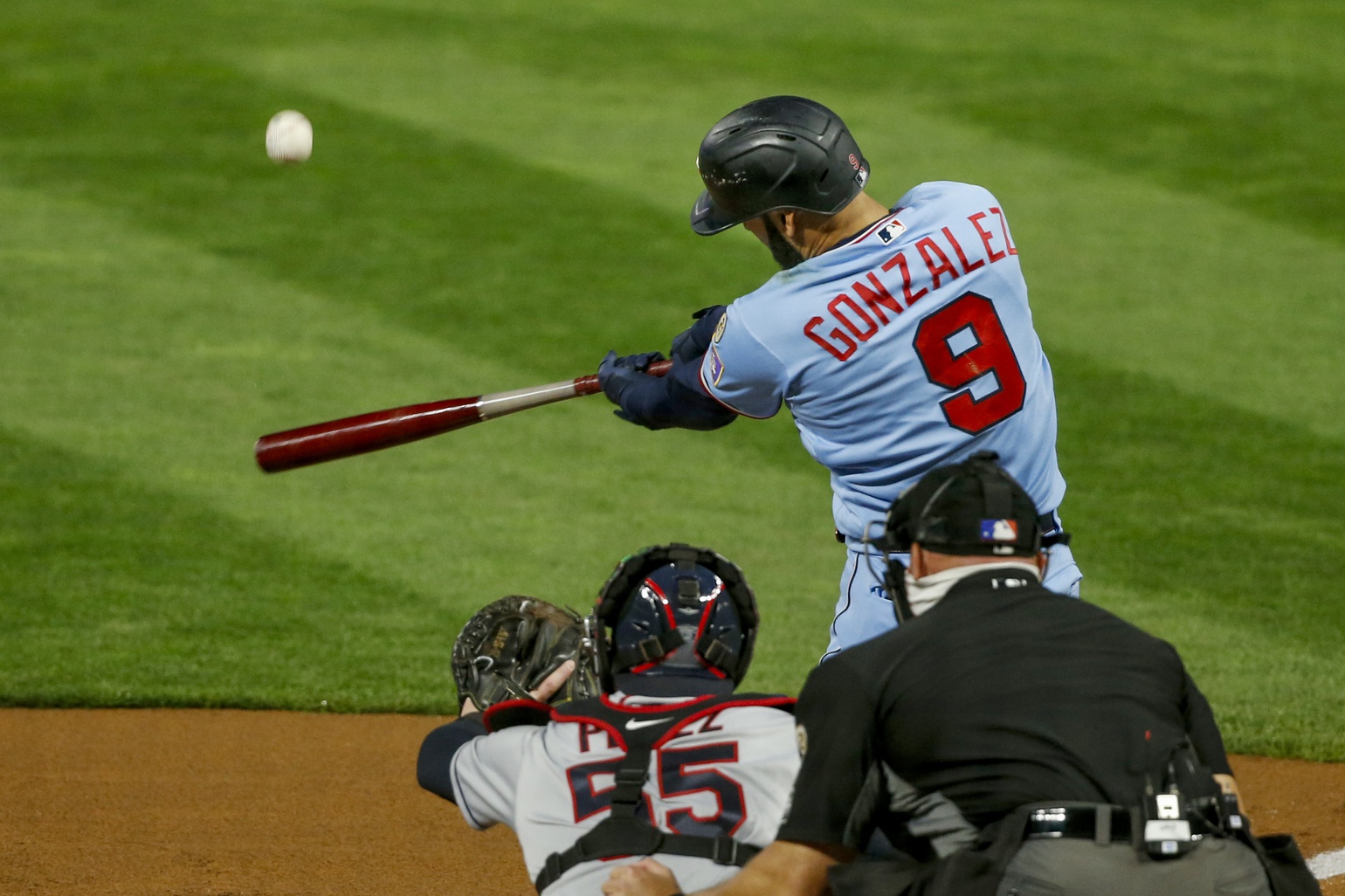 Zach Plesac took the mound for the Indians as they looked to snap their four-game losing streak Saturday night against the Minnesota Twins. Plesac would surrender a season high five runs in the game, as the Twins took down the Indians 8-4.

The Indians opened the game on offense with Francisco Lindor once again hitting in the lead-off spot. The change hasn’t helped much as once again the Indians started slow offensively, with a drawn walk by José Ramírez being the only offense mounted in the top of the first.

In the bottom, Plesac would walk Jorge Polanco to start his night, before three straight outs of Josh Donaldson, Nelson Cruz, and Eddie Rosario to skate through the inning.

Twins starter Rich Hill looked sharp in the top of the second, striking out all three batters he faced to retire the side.

The Twins would strike first in the bottom, taking a 3-0 lead on Plesac. Miguel Sano opened the inning flying out to center field, before Brent Rooker lined a double to left field. Byron Buxton would follow the double with a pop up in foul territory, keeping Rooker at first and giving the Tribe the second out of the inning.

With two outs in the inning, Marwin Gonzalez would hit a home run to right center field, giving the Twins the first two runs of the game. In the next at-bat, Willians Astudillo extended the lead to three, lining a ball over the left field wall.

Hill would keep things going strong in the top of the third, only allowing a single to Lindor in the inning. In turn, Plesac would bounce back in the bottom, striking out two of the three batters he faced to retire the side in order.

Ramírez got the Indians offense going in the fourth, leading off the inning with a solo home run to cut into the Twins deficit. Carlos Santana followed up the home run with a line drive double to center field, bringing the tying run to the plate.

With Santana on second, Franmil Reyes would send a ball deep to center fielder Byron Buxton for the first out, advancing Santana to third on the play. Jordan Luplow walked in the next at-bat, before an Oscar Mercado sacrifice fly would bring Santana home to cut the deficit to one.

In the bottom, Plesac led things off striking out Sano, before Rooker would reach first after being hit by a pitch. The pitch would take Rooker out of the game with an injury, as he would be replaced by Jake Cave at first.

Following the injury timeout, Buxton sent the first pitch over the center field wall, a two-run home run that gave the Twins a 5-2 lead. Marwin Gonzalez would keep the momentum going with a single to right field, however Luplow would throw Gonzalez out as he was attempting to extend the play into a double.

Hill would come on for his final inning on the mound for the Twins in the fifth, allowing a two-out double to César Hernández, as the Indians lone offense in the top. In contrast, Plesac shook off the tough fourth, retiring the Twins in order in the bottom of the fifth.

Matt Wisler would come to the bump in relief of Hill in the sixth, leading things off surrendering a walk to Santana. Reyes lined out to center field for the first out of the inning, before a passed ball by Astudillo would advance Santana to second.

With a runner in scoring position and only one out in the inning, Luplow delivered a triple to center field, scoring Santana to ease closer to the Twins. Wisler would halt the Tribe momentum, forcing Mercado to ground out at first, keeping Luplow at bay at third, before sitting Roberto Pérez down on a called third strike to end the inning.

Rosario led off the bottom of the sixth off singling to right field, before Sano struck out for the first out of the inning. A pick off attempt that originally called Rosario safe at first was overturned after an Indians challenge. The play would be the second out of the inning, before Plesac forced Cave to ground out to close the sixth.

Wisler would return to the mound to strike out Delino Deshields Jr. in the top of the seventh, being replaced by Tyler Clippard after the out. Clippard came on to face two batters in the inning, retiring both Lindor and Hernández to keep the Twins’ lead at two.

Plesac returned in the seventh for the final inning of his outing, sitting down the side in order. The Indians starter would go seven full innings, striking out five, and allowing five runs.

Clippard returned to the mound in the eighth, surrendering a lead-off single to Ramírez. During the following at-bat, Ramírez would steal second, before a wild pitch from Clippard advanced him to third. Clippard would turn his attention back to Santana after the pitch, striking him out for the first out of the inning.

After the Santana strikeout, the Twins would make a call to the bullpen, bringing Tyler Duffey to the mound in place of Clippard. Duffey would go on to strike out Reyes for the second out of the inning. Tyler Naquin would come to the plate to pinch-hit for Luplow as the Indians looked for a spark offensively.

As Naquin battled Duffey, a passed ball by Jeffers would allow Ramírez to come home, cutting the Twins’ lead to one. After the score Naquin drew a walk , to no avail as Josh Naylor flew out to center field in a pinch-hitting situation for Mercado to end the inning.

Nick Wittgren came on to replace Plesac in the eighth, starting things off strong with two straight outs of Polanco and Donaldson. A Nelson Cruz walk started a two-out rally for the Twins, as they produced back to back home runs for the second time in the game, a two-run shot from Rosario, followed by a solo home run from Sano extending the Twins lead to four.

Taylor Rogers would come on to close things out for the Twins in the ninth, retiring the Indians in order to end the game as the Indians fell to the Twins 8-4.