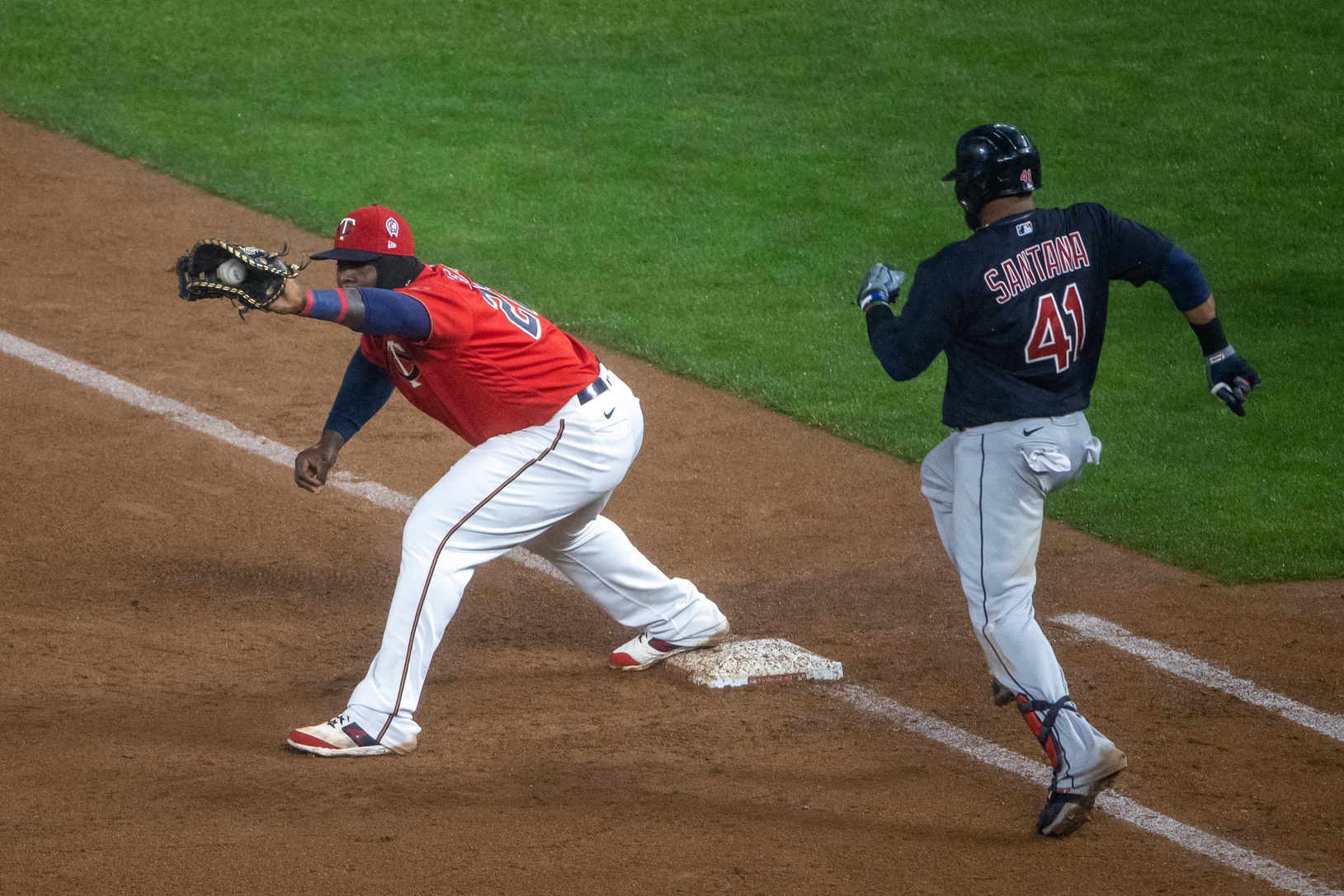 Shane Bieber would take the hill Friday for the Cleveland Indians against the Minnesota Twins. Looking to snap the club’s three game losing streak, Bieber surrendered three, but kept things close. However, the offense struggled once again, only scoring one run as the Indians lost 3-1.

Francisco Lindor took over the lead-off spot for the Indians for the first time this year. However, the Indians offensive struggles continued to open the game, with a José Ramirez single being the lone offense in the opening frame.

Bieber would start strong on the mound in the bottom of the first, forcing Jorge Polanco and Josh Donaldson to ground out for the first two outs.

Surrendering a two-out walk to Eddie Rosario added some intrigue to the inning, but all for naught as Bieber popped up Nelson Cruz to close it out.

Royals starter Kenta Maeda would put together a strong second, retiring the side in order.

The Twins would strike on Bieber in the second to take a 2-0 lead. Bieber would open the inning with a fly-out of Miguel Sano, before surrendering a double off the bat of Jake Cave.

With a runner in scoring position, Royals center fielder Byron Buxton hit a line drive home run to left field to give the Twins an early 2-0 lead on Bieber.

The Indians offense would continue to struggle in the third inning, as Maeda would strike out two of the three Indians batters he faced to roll through the inning.

In the bottom, Bieber surrendered a lead-off walk to Polanco, before getting three consecutive outs to end the third.

The fourth inning would start with a lead-off single from César Hernández, however three consecutive outs by Maeda would keep the Twins lead at two.

Bieber continued to battle to keep the game tight, striking out two of the three batters he faced in the bottom of the fourth.

Both pitchers continued to dominate through five, with Maeda giving up a walk to Josh Naylor in the top to go down as the lone offense mounted by either team.

Lindor hit a lead-off single to open the sixth inning offensively for the Tribe, however during the ensuing at-bat the Twins would challenge a pick-off attempt call at first. The challenge would prove fruitful as the call was overturned, giving Maeda the pick-off out of Lindor, before two straight outs to end the inning.

In the bottom, things began shaky on the mound for Bieber, allowing singles by Donaldson and Rosario to put runners in scoring position with nobody out. Despite the tough start, Bieber would tightrope out of the inning with three straight outs of Cruz, Sano, and Cave.

Santana battled for a lead-off walk in the top of the seventh, to no avail as Franmil Reyes would ground a double-play ball to Donaldson at third for the first two outs of the inning. Naquin would follow up the double play hitting a single to right field, before Josh Naylor grounded out to strand Naquin at first.

The bottom of the seventh would be the final inning of Bieber’s outing, opening the inning strong with two quick outs, before giving up a solo home run that extended the Twins lead to three. Bieber would finish his day going seven full, striking out eight, and allowing three runs.

Taylor Rogers came on to close the game out for the Royals in the ninth, forcing Hernández to fly out to right field to lead things off. In the next at-bat, Ramírez lined a ball over the wall in left center field to cut the deficit to two.

Following up the Ramírez homer, Santana grounded out to third for the second out of the inning. Facing the final out of the game, Reyes would send a ball to the right field corner, doubling on the play to bring the tying run to the plate.

Sandy Alomar Jr. opted to call on Oscar Mercado in a pinch-hitting situation in place of Naquin. On the play, Mercado would send a grounder straight to Rogers that ended the game, as the Indians dropped their fourth straight, losing 3-1 to the Twins.

Sergio Romo would come on in relief of Maeda to start the eighth for the Royals, retiring the Indians in order. After getting the final out, Romo would follow Lindor to first as the two exchanged words, resulting in representatives from both clubs being forced to intervene.

James Karinchak would take the mound in relief of Bieber in the bottom of the eighth. The sensational rookie would throw a strong inning, striking out all three batters he faced to keep the deficit at three heading to the ninth.