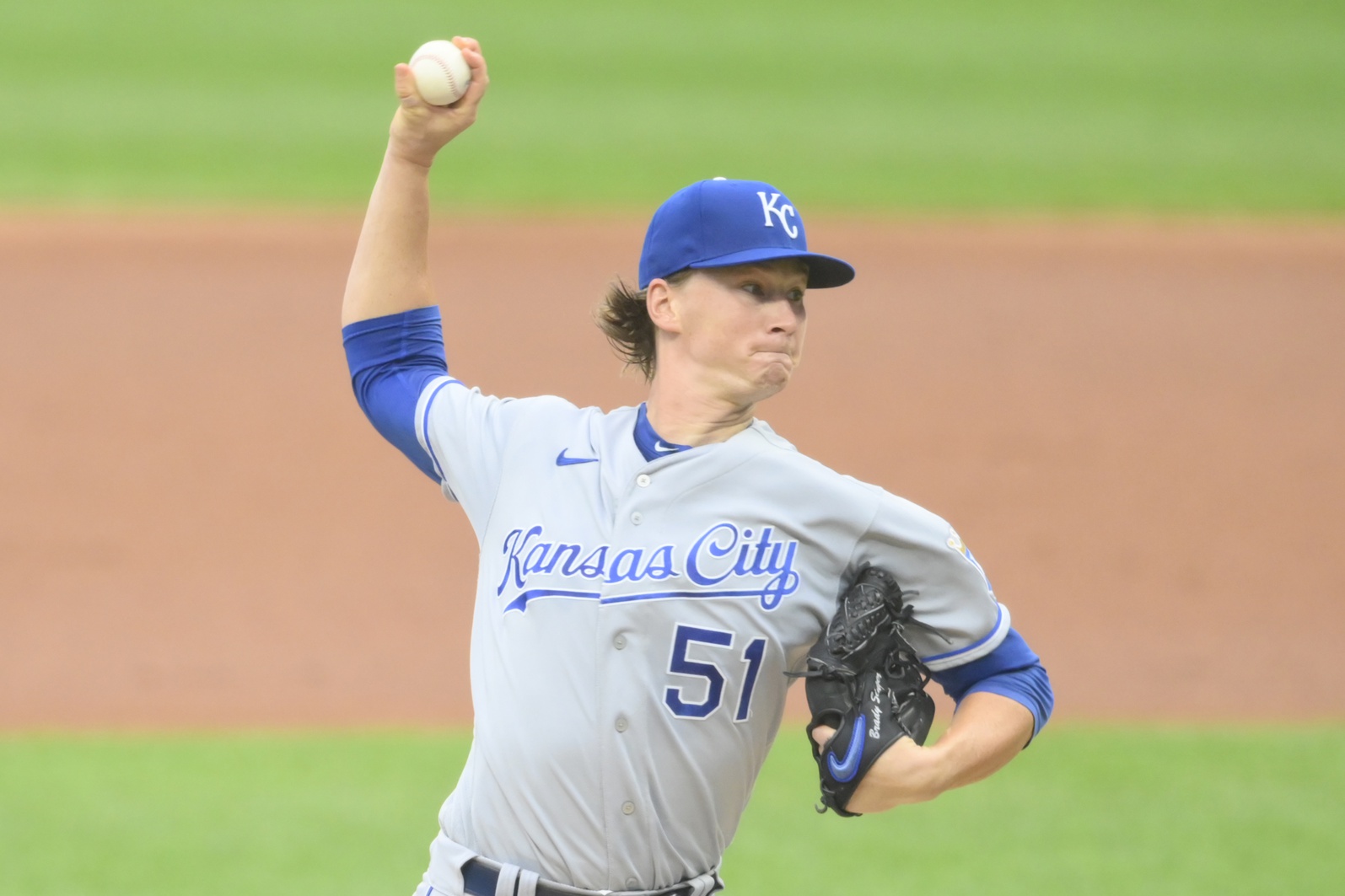 Aaron Civale took the mound Thursday against the Royals looking to snap the Indians two-game skid. Unsuccessfully, as the Royals would score 11, as the Indians go down in a blow-out 11-1.

Civale opened up the top of the first surrendering a lead-off double to Whit Merrifield that had the Indians defense on the ropes immediately. However, three straight outs of Adalberto Mondesi, Hunter Dozier, and Maikel Franco stranded Merrifield at third.

In the bottom, Royals’ starter Brady Singer would strike out two of the three batters he faced in the inning, only allowing a one-out walk to Mike Freeman.

Civale would throw a strong second inning, striking out all three batters in order. In the home half of the inning, the Indians offense would continue to struggle as they went down consecutively to end the second.

Nicky Lopez and Cam Gallagher would both ground out to start the third against Civale. However with two outs in the inning the Royals would strike first.

Whit Merrifield singled to start the rally, before a Mondesi walk would advance Merrifield to scoring position. Dozier would single in the next at-bat, scoring Merrifield from second to give the Royals the first run of the game.

With two outs still in the third, the Royals would continue to add on, as a Franco single would drive in two more in the inning, after Mondesi and Dozier both advanced on steals.

Looking to make something happen after falling behind by three, the Indians offense failed to mount anything in the bottom of the third, going down in order.

Civale would come out now facing a three run deficit in the fourth, however he stood strong in the inning, striking out two, despite allowing singles to both Matt Reynolds and Lopez in the inning.

The Indians offense would go down in order in the bottom of the fourth at the hands of Singer, the third consecutive inning they did so in the game.

The fifth inning went well for each of the respective pitchers as both Civale and Singer would be able to shut down the offenses.

Civale would come out for his final inning of the day in the sixth, only allowing a home run from Edward Olivares in the inning that extended the Royals lead to four. Civale went six full, striking out seven, but allowing four earned runs as the Indians trailed 4-0 heading to the bottom of the sixth.

Singer continued to dominate the Indians offense in the bottom, once again sitting the side down in order.

Dominic Leone would start the seventh on the mound for the Indians in relief of Civale as the Royals would add three more in the inning. Gallagher opened the seventh with a single, before Leone would get Merrifield and Mondesi out for the first two of the inning.

With two outs in the inning and Gallagher on second, Leone would walk Dozier, before surrendering a three-run home run to Franco that extended the Royals’ lead to seven.

Before they knew it, the Royals had the Indians down seven and rookie starter Singer was looking at a no hit bid, he continued that through seven, only surrendering a walk to Carlos Santana in the inning.

Kyle Nelson would come to the mound for the Indians in relief of Leone to start the eighth, getting two quick ground-outs from Reynolds and Olivares.

Another two-out rally was sparked in the top of the eighth by the Royals, with a Lopez single and Gallagher walk starting the run of offense. Merrifield followed up the walk with a single to center field that scored Lopez for the Royals’ eighth run of the game.

With two on and still only two outs in the inning, Mondesi would prove to be the last batter faced for Nelson, as Mondesi blasted a three-run shot to left center that gave the Royals a 11-0 lead.

Adam Plutko would come on to finish the inning for Nelson, striking out Dozier for the third out in the top of the eighth. In the bottom, Austin Hedges would snap Singer’s no-hit bid with a single to right field, as the hit would be the only offense allowed in the inning.

Plutko would return to the mound in the top of the ninth, allowing a Franco lead-off double before getting three straight outs to send it to the bottom of the ninth with the Indians down 11.

With the no-hitter gone, the Royals opted to make a call to the bullpen, using Matt Harvey to open on the mound in the ninth in place of Singer. Harvey would allow a César Hernández double and Mike Freeman single to lead-off the inning.

Despite giving up the two hits to open the inning, Harvey would get three consecutive outs as the Indians got shut-out for the second night in a row, losing to the Royals 11-1.