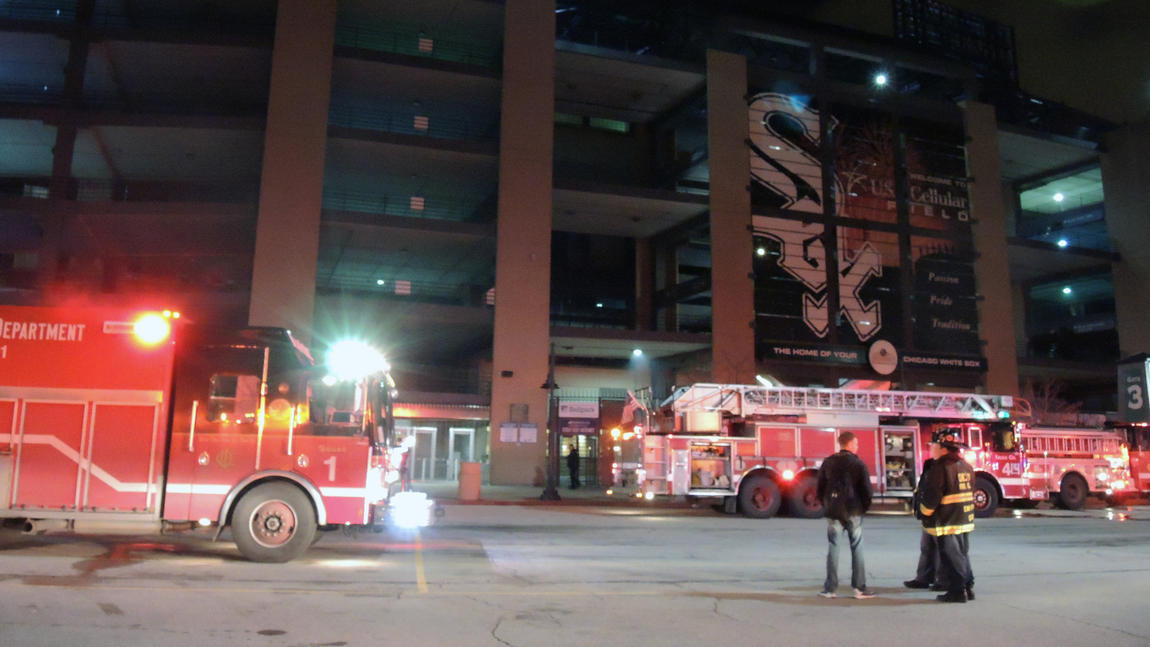 The Indians had two postponed games against the Red Sox this week, and now they move to on Chicago to play the White Sox. Once they get to US Cellular Field, they may smell smoke from an overnight fire in the stadium

The Chicago Tribune reports on the fire, and states that the home opener between the Indians and White Sox will go on as planned at 4:10pm Eastern.

The fire started around 2:25 a.m. in a storage room near Gate 2 on the first floor of the White Sox stadium at 333 W. 35th St., Chicago Fire Department spokesman Jeff Lyle said.

Fire engine 29 responded to a fire alarm and asked for additional assistance. The blaze was struck out about 3 a.m., Lyle said.

Despite the fire, a Sox spokesman said the home opener Friday remains on schedule. The Sox play at 3:10 p.m. against the Cleveland Indians.

One firefighter suffered non-life-threatening injuries. He was rolled out of the stadium on a gurney, wearing an oxygen mask. He was taken to Mercy Hospital and Medical Center for treatment, Lyle said.

It wasn’t immediately clear why the fire started or how much damage it caused.

Mother Nature is going to be another factor in the weekend series, as the forecast for today in Chicago has a 40 percent chance of rain and temps about 40.

Saturday the high is set to be 37 with sun, and Sunday’s game is calling for an 80 percent chance of rain and a warmer day with a high of 55.

NEOSI’s “Six Pack Of Random” – Indians, Cavs and More
What’ Going On This Weekend In Sports And Beyond!