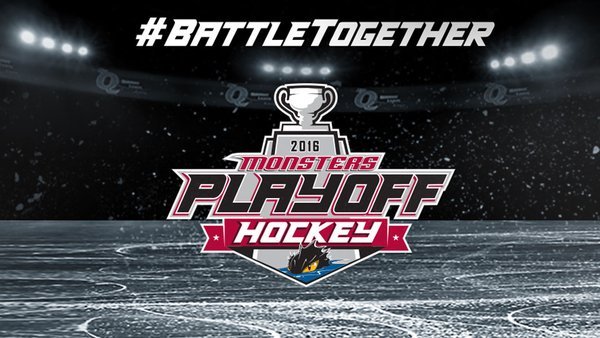 The Playoff Fever was in full effect Thursday at The Q for the Lake Erie Monsters, who were three periods away from making it to their first Calder Cup.

Both defenses stood their ground for the first 6 minutes. That was until Lukas Sedlak scored the first goal of the evening, making it a 1-0 Monsters lead. Sedlak had scored his third goal in the series, but this one looked like it might have been the most important. Kerby Rychel and Sonny Milano were credited with the assists. It looked like Peter Budaj had finally been cracked this season, giving up twelve goals in this series to this point.

The action was fast during the second period, but neither side could find an opening in the other’s defense. Both goaltenders held the offenses in check, keeping the period scoreless. The Monsters would head into the third period leading 1-0.

That lead would not last long into the period, as Joel Lowry would tie things up at the 2:44 mark of the final period. From then on out, it was sweaty-palms time at The Q for the rest of the period. Overtime was needed in this game, as both teams were in for a true classic.

One overtime wasn’t enough, as it looked like these teams would battle forever. Lukas Sedlak had other plans. After a shot from Josh Anderson was deflected by Budaj, Sedlak was in position and put the game-winning goal in the net at the 6:25 mark of the second overtime, his fourth goal of the series.

The Monsters have entered territory last seen by Cleveland fans by the Cleveland Barons in the 1963-1964 Calder Cup, when the Barons won it all. The journey continues for the Monsters, who await the winner of the Hershey and Toronto series. Get ready for Calder Cup action Cleveland!

Amazingtickets.com is your one stop shop for everything North East Ohio and Beyond!
LeBron Leads The Way in Game 6; Cavs Advance to NBA Finals with 113-87 Victory Over Raptors