Oliver Bjorkstrand Back To Columbus On Emergency Recall 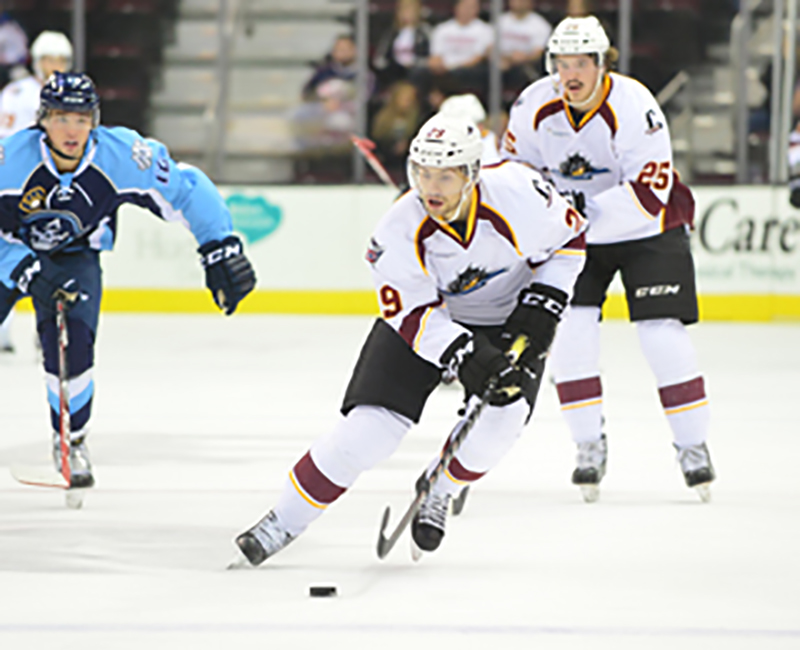 After a fantastic appearance for the Cleveland Monsters Tuesday Night, in their see-saw battle with the Charlotte Checkers, Ollie is headed back to Columbus.

He was able to produce the offense that we have become accustomed to from Oliver Bjorkstrand with two goals. The first at 1:09 of the 3rd with assists from Marc-Andre Bergeron and John Ramage. The second coming at a crucial point of the final stanza at 18:11 with the assists going to Markus Hannikainen and John Ramage connecting again.

Thursday night, both Columbus and Cleveland are in action. Columbus is playing to continue their franchise record season, going for their 11th straight victory at Nationwide Arena.

Next up for the Monsters, it’s a Thursday home clash vs. the Charlotte Checkers with full coverage, live from The Q, underway at 7:00 pm on 99X and the Monsters Hockey Network.