Bjorkstrand Finds The Back Of The Net Twice, Monsters Defeat Charlotte 4-2 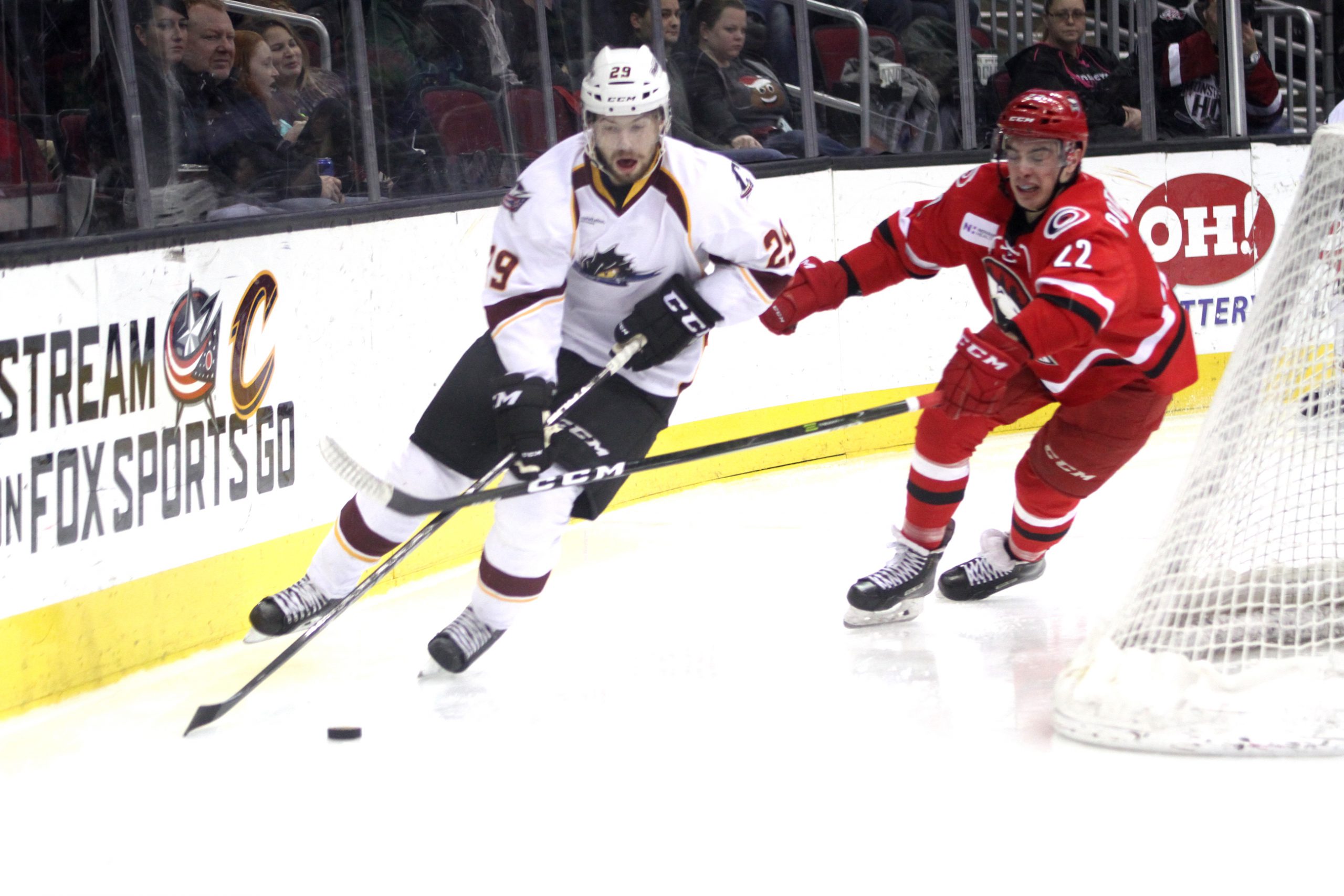 CLEVELAND, Ohio- The Cleveland Monsters took on the Charlotte Checkers at home on Tuesday, as the team looked to get two points in a game against a road-tested Checkers team. Cleveland would win by a score of 4-2.

The second period was all Monsters, as Jordan Maletta scored the lone goal at the 16:26 mark. Cleveland entered the final frame up 1-0.

Lucas Wallmark’s short-handed goal thirty seconds in was erased by Oliver Bjorkstrand score at the 1:09 mark. Charlotte would even it up once again at the 14:51 mark, just to be nixed again by John Ramage at the 16:06 mark. Oliver Bjorkstrand sent the puck into an empty-net and the Monsters took the win by a score of 4-2.

Next up for Cleveland is a game against Charlotte on Thursday, as the Monsters look to continue to move up in the Central Division.