Ohio Cup 2018: The Winners, The Underdogs And The Fans 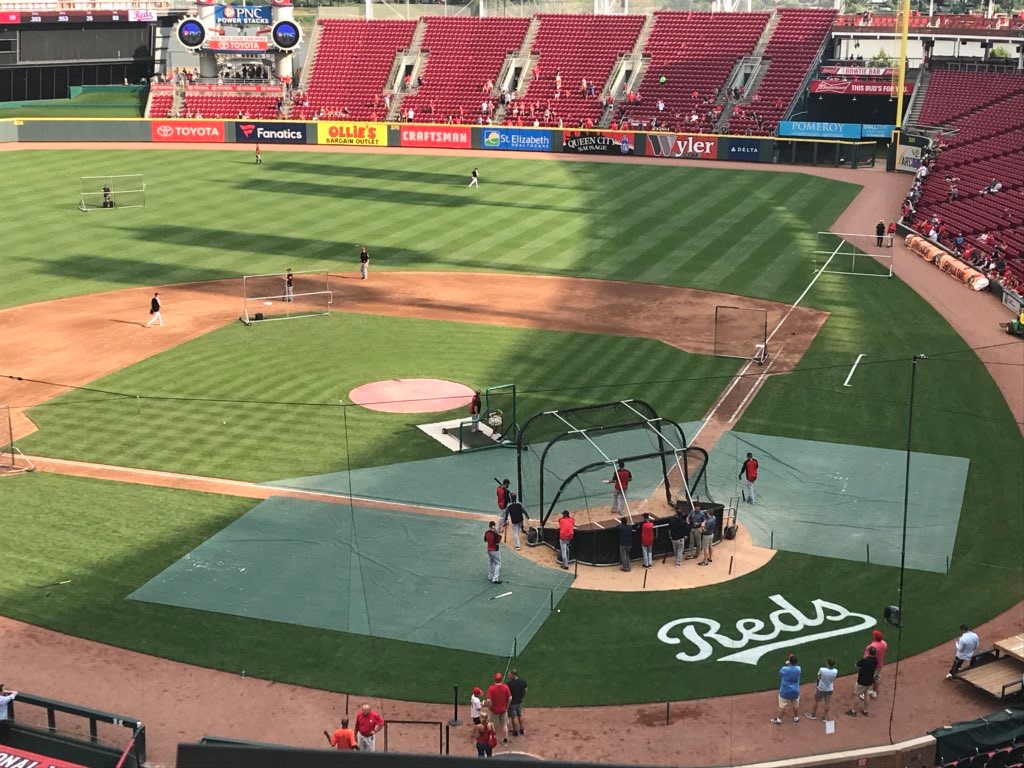 As long as baseball has been a staple American sport, interleague matches have provided fans and players alike with some unique kind of competition. A battle for bragging rights over local turf, even on a professional scale, can motivate teams into providing the most incredible gameplay and time and time again, the Ohio Cup helps to provide us with exactly that. A yearly meeting of the Cincinnati Reds and the Cleveland Indians, we’re taking a look at what this year’s series brought us and what the future could hold.

While the Cleveland Indians and Cincinnati Reds might not be drumming up quite as harsh of a rivalry as they once had, the battle for the renowned Ohio cup certainly didn’t disappoint this year. This interleague play gives the two teams the opportunity to come together and battle it out for bragging rights over their home state, something they would not have gotten otherwise. Due to being in opposing leagues, there would’ve been no other opportunities to meet with the exception of spring training, or other exhibition games and with recent speculation that Ohio could soon be on the brink of legalising sports betting, the “Battle For Ohio” is looking to remain one of the game’s biggest ongoing interleague series.

2018’s Ohio Cup was an incredible show of just why this interleague cup was introduced in the first place. Competitive players and fans alike meet for two two-game series (Or three-game series as happens every three years) and this year was no exception. In fact, the predictions for this year’s season were flowing early and we were certainly eager to get involved. The wait thankfully wasn’t too long, as the first game saw the Indians win against the Reds with a 10-3 lead.

To add insult to injury, the Indians went on to continue their winning streak and keep the impressive Ohio cup to themselves with a 8-1 victory over the Reds, not least thanks to Corey Kluber and Jose Ramirez. Despite having to say goodbye to Trevor Bauer, the Cleveland Indians’ key starter, the team dominated the reds with seven strong innings and a home run worthy of the history books. Strong gameplay from all of the team members involved meant the second game of the season certainly proved to showcase just how well the Cleveland Indians have been playing for the entirety of the MLB season.

It was the final game of the three-game series that truly took everyone’s attention. What fans had expected to be an easy win for the Indians given their lead in the previous two games had been anything but and the Reds even gained a lead over the Indians for the first time since early July. However, the Indians certainly took back control to lead to a 4-3 win at the end of the match.

The lead started when first baseman Yonder Alonso fielded a bouncer and threw it straight to Roberto Perez. Any hope by Hamilton to reach the first out of the ninth inning was shredded then and there, and Cody Allen even went on to bring two innings of his own accord, helping lead the Indians to victory. Greg Allen also went on to take two hits, drove in a run and ultimately pulled the Indians to their third victory of the season, leaving the Reds without a single game to celebrate. The cup has stayed well and truly comfortable in Cleveland for quite some time now, with the reds having failed to secure a win since 2014.

The Indian’s win wasn’t necessarily a surprise this year, however their future in the MLB league is beginning to seem a little on the sceptical side. With two of their best players currently out of play due to fractures and strained muscles, the potential for them to claw up and to the top of the baseball league altogether is beginning to seem a little like a pipe dream. However, if there is one thing that the Ohio Cup has proven to us this time around, it’s that the team still works well together and is still fighting hard.

The Red’s, on the other hand, have also proven that they are a team worth watching despite the fact they lost against their closest geographical rivals. In fact, just a few days after their loss, on August 19th, the Reds went on to secure a 11-4 victory over the San Francisco Giants after Jose Peraza not only scored a two-run home run, but pulled them to victory in the meantime. The Ohio Cup was once a symbol of rivalry between two competing teams, a series that was once introduced as an exhibition game pre-season, but has now gone on to prove time and time again that the Reds and the Indians are still as competitive as ever.

Despite being an interleague game, the scores secured here can and do provide some value to the overall leagues and so it’s only right that we see the same level of competitive nature that we are today. Can the Indians secure the cup in yet another victory next year? You’ll have to watch to find out.

Outfield bats power Indians past Red Sox 5-4; three takeaways
The Indians Starting Rotation is on Fire, Is it Enough to Get Them to the World Series?