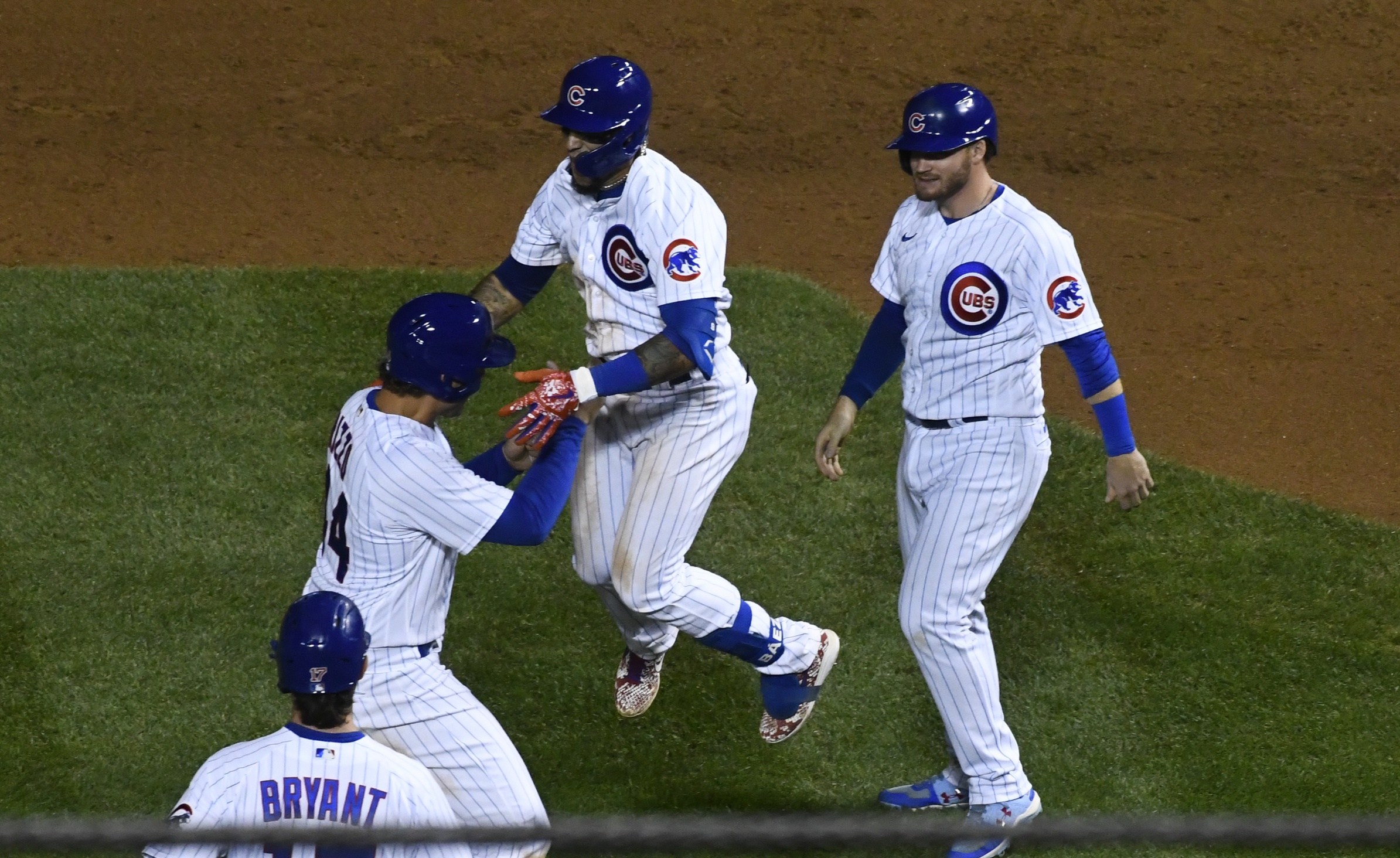 The Indians had lost seven straight coming into Wednesday night’s matchup with the Cubs in Chicago. The Offense would get going early and trade runs through the first five innings, however a tenth inning meltdown from Phil Maton led to the Cubs walking off with a 3-2 win over the Indians.

Another change to the lineup highlighted the top of the first inning, with Francisco Lindor staying in the lead-off role, Delino Deshields Jr would follow. The new tandem would combine for some small ball offense to open the game, a Lindor walk followed by a Deshields Jr. sacrifice bunt gave the Indians a runner at second with one out.

José Ramírez moved Lindor to third with a one-out single to keep the offense going in the first. Carlos Santana would lineout to short for the second out of the inning, before a wild pitch from Cubs starter Jon Lester brought Lindor home, giving the Indians a 1-0 lead.

Aaron Civale would start things up in the bottom with a lineout and flyout of Ian Happ and Kris Bryant respectively. Anthony Rizzo would be able to produce a two-out single in the inning, before Wilson Contreras flew out to left field to end things in the first.

Jordan Luplow opened the second inning with a double, giving the Indians a runner in scoring position once again. This time however, the Tribe offense failed to produce as Lester would go on to retire three straight to strand Luplow at second.

The second inning saw the Cubs return the favor for the early run scored by the Indians. Kyle Schwarber led things off with a walk, before Javier Báez singled, moving Schwarber to third to threaten Civale with nobody out. Jason Heyward would keep things going in the next at-bat, singling to center field, scoring Schwarber on the play.

espite allowing the run in the inning, Civale would tightrope out of more damage. In the next at-bat, Civale would get Maybin to ground into a force at second of Báez, before a double play ball from Nico Hoerner ended the inning.

Both pitchers settled down in the third, as each of the two were able to stifle the opposing offenses.

Franmil Reyes hit a one-out single in the top of the fourth to try and mount some offense with the score tied. To no avail, as Luplow lined a double play ball to shortstop, ending the inning quickly.

The Cubs struck again in the fourth, as things opened up with Contreras reaching base after being hit by a pitch. After a Schwarber strikeout, Báez grounded into a force at second of Contreras, however a throwing error from second baseman Yu Chang would allow Báez to reach and advance to third.

A two-out walk from Heyward kept things alive for the Cubs in the fourth, before a Maybin single would bring home Báez to give the Cubs a 2-1 lead.

After giving up the tie, Oscar Mercado closed the gap immediately to open up the fifth, blasting a home run to left center field to even things up at two runs. Mercado’s home run would be the lone offense mounted by the Tribe in the inning.

Once again an inning opened with a guy on first thanks to being hit by a pitch, as Civale sent Bryant to the bag to lead off the fifth. Rizzo grounded into a double play in the next at-bat to give the Indians the first two outs of the inning.

The Indians defense looked to be out of the inning, however a drone delay would bring the game to a halt for roughly seven minutes. Coming out of the delay with two outs in the top of the fifth, Civale forced Contreras to ground out, ending the inning.

Deshields Jr. opened the sixth with a walk, to no avail as a pick off attempt from Cubs reliever Ryan Tepera, who opened the inning replacing Lester, would get Deshields Jr. out at first. Ramírez followed the successful pickoff lining out to left field for the second out. After a two-out walk from Santana, Reyes went down swinging to send things to the bottom.

Civale continued his outing through the bottom of the sixth strongly, retiring the Cubs in order to preserve the tie.

Rowan Wick would come on for the Cubs in place of Tepera, stifling the Indians offense for a quick three-batter top of the seventh.

Civale came out to start the seventh, however the Cubs threatened him with zero outs in the inning after a Maybin single and Hoerner double, put runners on second and third. The early threat forced the Indians to call on James Karinchak to face the jam.

Karinchak put forth a strong effort to preserve the tie, battling Happ and Bryant for strikeouts for the first two outs, keeping things at bay. Karinchak would intentionally walk Rizzo to load the bases, before forcing Contreras to ground out to avoid all danger.

Changes were made by both sides as the Cubs would send Craig Kimbrel to the mound in place of Wick, and in turn, the Indians brought in César Hernández to pinch hit for Chang. The Change failed to produce any offense however, as the Indians were retired in order in the eighth.

Oliver Pérez came on for Karinchak to start the bottom of the eighth, striking out two of the three batters he faced in a successful outing.

Jeremy Jeffress took the mound for the Cubs in the top of the ninth with the game still tied, surrendering a lead-off single to Ramírez. The single would prove to be all for naught as Jeffress came back to get three straight outs to strand the runner.

Looking to send things to extra innings in the bottom of the ninth, Cal Quantrill came on for the Tribe, preserving the tie after retiring Jason Kipnis, Ildemaro Vargas, and Happ to end the regulation innings tied at two.

The Indians started the tenth, sending Tyler Naquin to second per the new rule. Josh Naylor would come on to pinch-hit for Mercado, walking in the appearance to give the Indians two on with nobody out. Mike Freeman came on for Austin Hedges, bunting to try to advance Naquin to third, however Cubs pitcher Jason Adam went to third with the throw to force out the lead runner.

With two on and one out in the inning, Adam would battle Hernández and Lindor, retiring both to preserve the tie and end the top of the tenth.

Phil Maton would go to the mound to start the bottom of the tenth for the Indians with Happ on second. Maton surrendered a lead-off single to Bryant to move Happ to third base, before intentionally walking Rizzo to load the bases with zero outs.

After walking the bases loaded, Maton would go on to strike out Contreras and Schwarber, giving the Indians two outs in the inning with the Cubs runners lurking. The two strikeouts would be for nothing, as Báez hit a walk-off single to left field, scoring Happ to defeat the Indians 3-2.