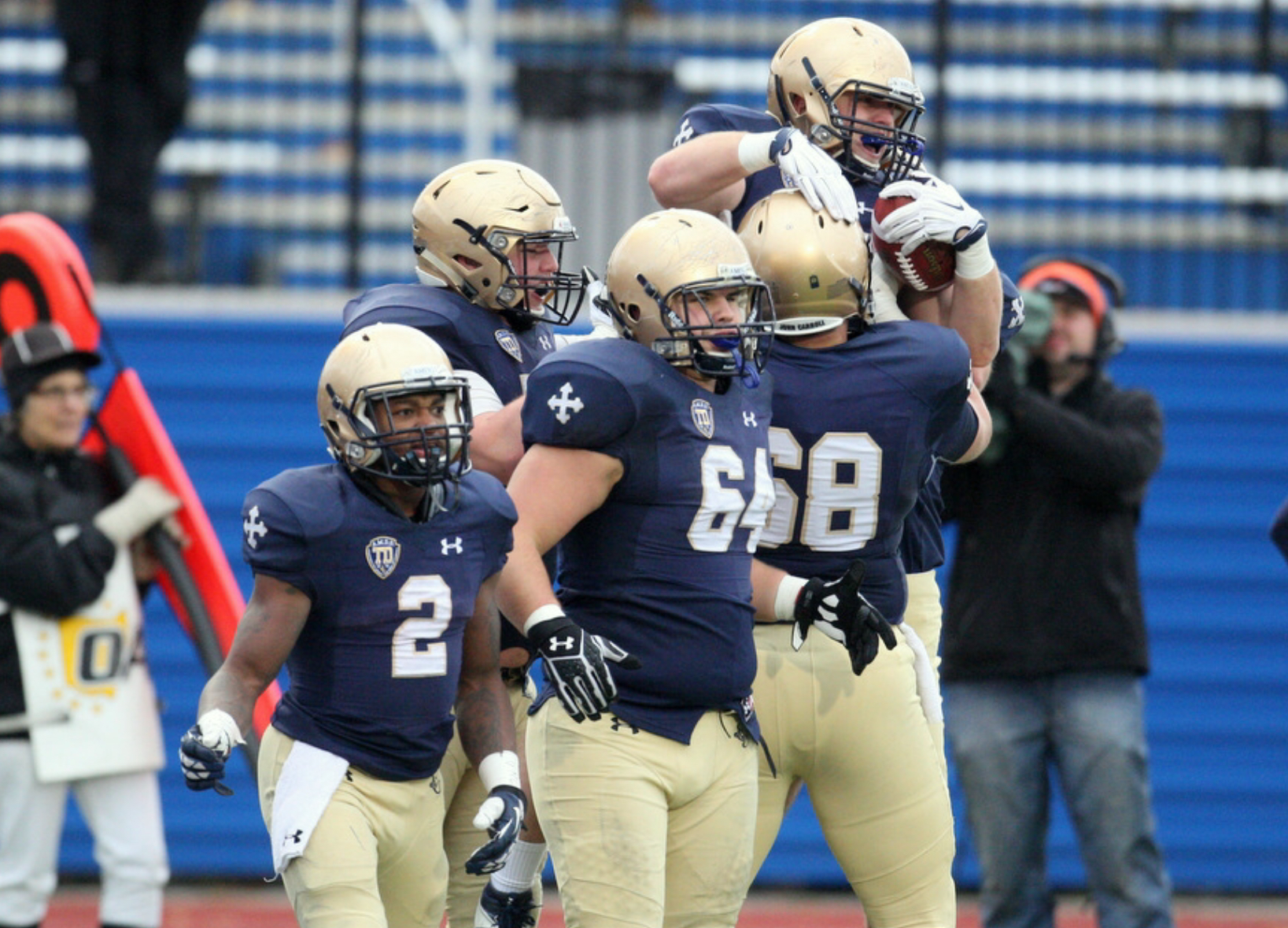 Local colleges have enjoyed some of the best football Northeast Ohio has seen in recent memory.  Boasting five nationally-ranked football teams this year in NCAA DII and DIII, arguably no other metro area in the U.S. is achieving this level of success in the small college ranks.

NCAA DII Notre Dame College Falcons have arisen to national prominence this season.  For the first time in program history, Notre Dame went undefeated in MEC league play and posted 10 wins in a single season.  The Falcons will have a chance at an eleventh win when they travel to Greensburg, PA top face Seton Hill.  Keep an eye on the Falcons in the NCAA DII playoffs.  True Freshman RB Jaleel McLaughlin is second in the nation for NCAA DII with 1729 rushing yards on the season, and has already set the program record for rushing TDs and rushing years.

those interested in checking out the powerful local college football scene, this weekend’s matchups do notdisappoint. Three home games for NEO fans to support their nationally-ranked teams this Saturday, November 10, 2018, include: