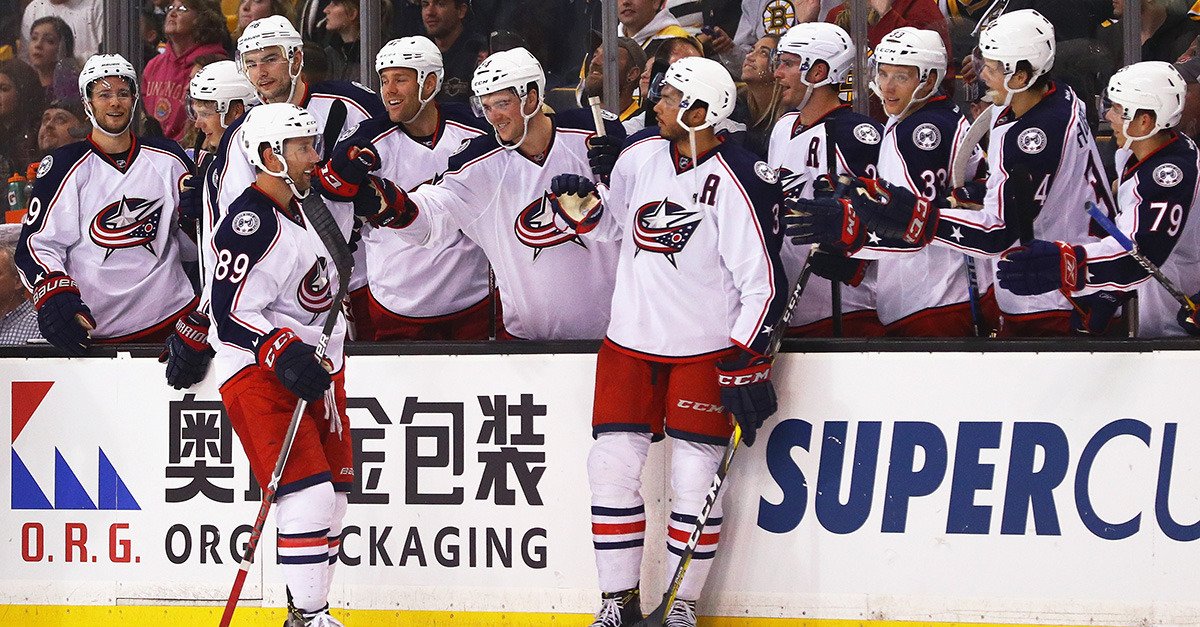 Cleveland fans are starting to get used to championship-caliber teams, with the Cavaliers winning an NBA title and the Indians well on their way to the World Series, but there’s always the lovable Browns, who are in the midst of something that looks like a cross between a rebuild and a dumpster fire.

For hockey fans of Northeast Ohio, the Columbus Blue Jackets sit somewhere right in the middle of those levels of excellence.

It’s certainly a rebuild year for the Blue Jackets, but they should be much more competitive than they were early in 2015-16.

However, they’re far from the top of the class in the NHL and are probably far away from getting into that conversation.

The Blue Jackets went 20-27-7 against Eastern Conference opponents in 2015-16. This is the area they will have the most work to improve upon if they’re going to be in the playoff race.

When it came to their own division, the Blue Jackets went 11-16-3 last season.

Obviously, they’ll have to fare better against their division opponents in 2016-17, but it won’t be easy, given the fact that five of the eight teams who made the playoffs in 2016 were from the Metropolitan Division.

Four of the top five seeds came from their division. Washington, Pittsburgh, New York (Rangers), and New York (Islanders) all placed in the top five in the conference.

For the Jackets to climb up the division ladder, they will have to beat up on teams like Carolina and New Jersey to at least move up to sixth out of eight in the Metropolitan Division.

In their nine games against the Hurricanes and Devils, the Blue Jackets went 5-3-1 in 2015-16. This season could be a chance to improve upon that. However, the fact that they lost 13 of 21 matches to the rest of the division is going to make matters difficult.

Although preseason predictions are proven wrong every year, it’s worth noting that when USA Today released its 2016-17 NHL preview, four writers chose the Penguins and two chose the Capitals to win the Metropolitan Division. 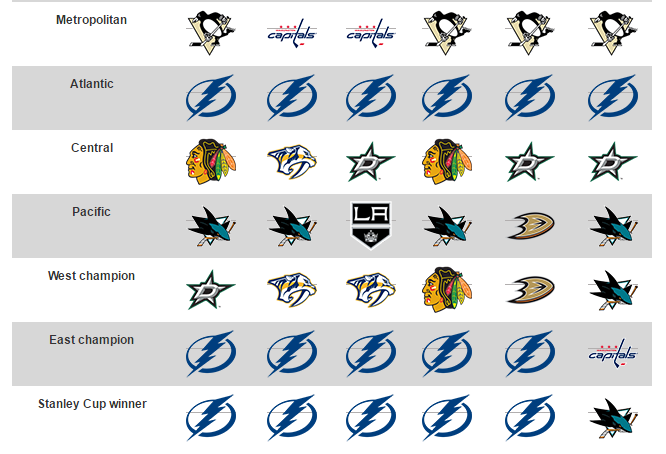 If Columbus can at least pass up the Hurricanes and Devils, it is possible for the Blue Jackets to find themselves in the playoff conversation, if teams in the Atlantic Division have another sub-par season. That makes those head-to-head games especially important when they see Carolina and New Jersey.

The only three teams who made the playoffs from the Atlantic in 2015-16 were the Florida Panthers, Tampa Bay Lightning, and Detroit Red Wings.

Teams like Buffalo and Montreal are on the rise, but it’s far from a given that they leap into the playoffs in 2017.

The Blue Jackets went 9-11-4 against the Atlantic Division in 2015-16, but the only team they really had trouble against were the Lightning, who beat them all three times.

That same USA Today poll, in which four of six writers chose Pittsburgh to win the Metropolitan Division, unanimously chose Tampa Bay to win the Atlantic.

Five of six writers chose the Lightning to win the 2017 Stanley Cup.

Aside from Tampa Bay and Florida, the Atlantic offers plenty of “win-able” games for Columbus.

So how can the Blue Jackets realistically find themselves in playoff contention?

It’s easier said than done, but even if the Blue Jackets struggle against some of those elite teams – like Tampa Bay, Florida, Pittsburgh, and Washington – as long as they can take care of business in the more manageable games, a playoff-berth, or at least being in the hunt, is not out of the question.

Will the Blue Jackets be underdogs in 2016-17? Of course. They are a young team, still adjusting to their new coach, but are certainly trending in the right direction.

Keep a close eye on their head-to-head meetings against teams like Boston, Philadelphia, Montreal, Ottawa, Buffalo, Toronto, New Jersey and Carolina. Those games will go a long way in shaping out the Eastern Conference playoff race, as that group of teams could see a great deal of movement in the standings throughout the season.

The old cliche is that all the wins count the same, but one win over a team that is in the same neighborhood as the Blue Jackets in the standings could make all the difference.

It all starts with the opening night showdown against the Boston Bruins on Thursday night in Columbus. Let’s see if the Blue Jackets can get off to a great start, unlike one year ago.