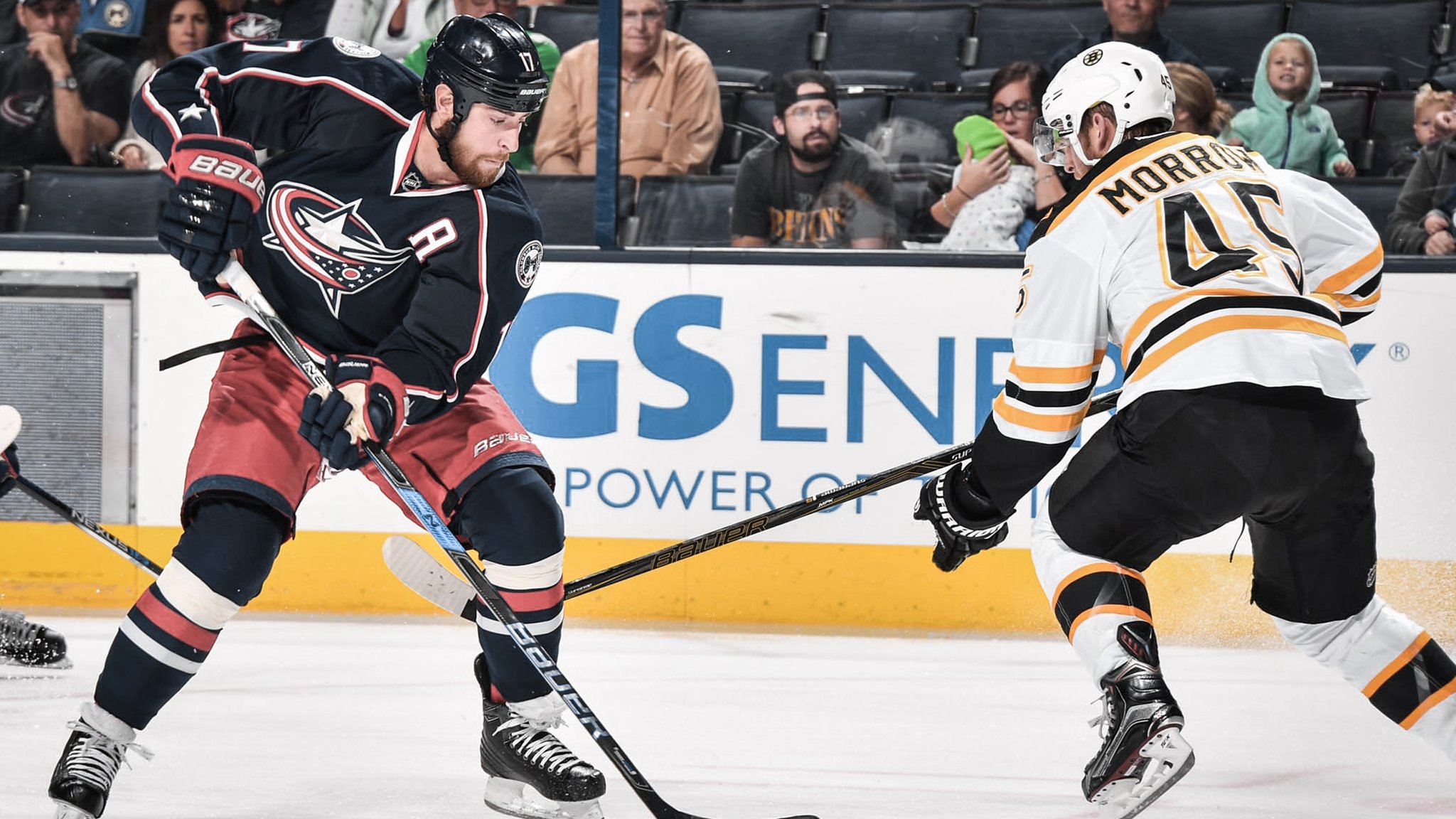 Thursday’s game marked the second game against the Bruins this preseason for the Jackets. The teams split the matchups, seeing the Blue Jackets take the first game in a overtime shoot-out.

Thursday evenings game did not go as well for the Blue Jackets as the first meeting.

Forward Matt Beleskey got Boston got off to a quick start, scoring the opening goal within the first 3 minutes of the opening tip off.

Following that goal, the game was relatively slow. The entire second period was filled with very obvious preseason hockey, complete with low shots on goal and sloppy play.

Being this deep into the preseason, many expect to see fierce battles for rosters spots and teams coming to form, but that was hardly the case for the CBJ Thursday night.

Forward Seth Griffith got the game rolling once again with a goal at the 3:53 mark of the third period for the Bruins, putting the Jackets down 2-0 with less that 17 minutes to play.

Later in the third, Brandon Saad scored the Jackets first goal of the night, coming at 6:49. He tried to start a rally for the Blue Jackets but it was a little too late.

The third period buzzer rang with a final score of Boston 2, Columbus 1. This loss moved the Jackets to 3 and 4 in the preseason.

The Jackets once again led in shots on goal (23-20), but failed to capitalize on the bulk of their power-plays, going only 1 for 7. This has seemed to be the theme of the preseason for the CBJ.

First-round pick Pierre-Luc Dubois wasn’t in the lineup on Thursday night against the Bruins, and he isn’t assured of playing Saturday in the preseason finale at Pittsburgh, coach John Tortorella said.

“It has been a hard camp for him with the volume of skating. He has given us some really good minutes, but there is an awful lot to teach and an awful lot to grow for an 18-year old,” Tortorella went on to say.

Given his lack of production and struggles keeping up with the pace of the game, it is very unlikely we will see Dubois stay with the club into the regular season.

The preseason in the NHL, like all other sports, is a time for growth and adaptation to the quickly approaching regular season. Reading too much into the team’s performances can ruin the perception of what’s to come.

Only time will tell what’s in store for the Columbus Blue Jackets, as the preseason is abruptly coming to an end.

The Jackets will play their final preseason game this Saturday October 8th in Pittsburgh against the Penguins. Regular season hockey is right around the corner.