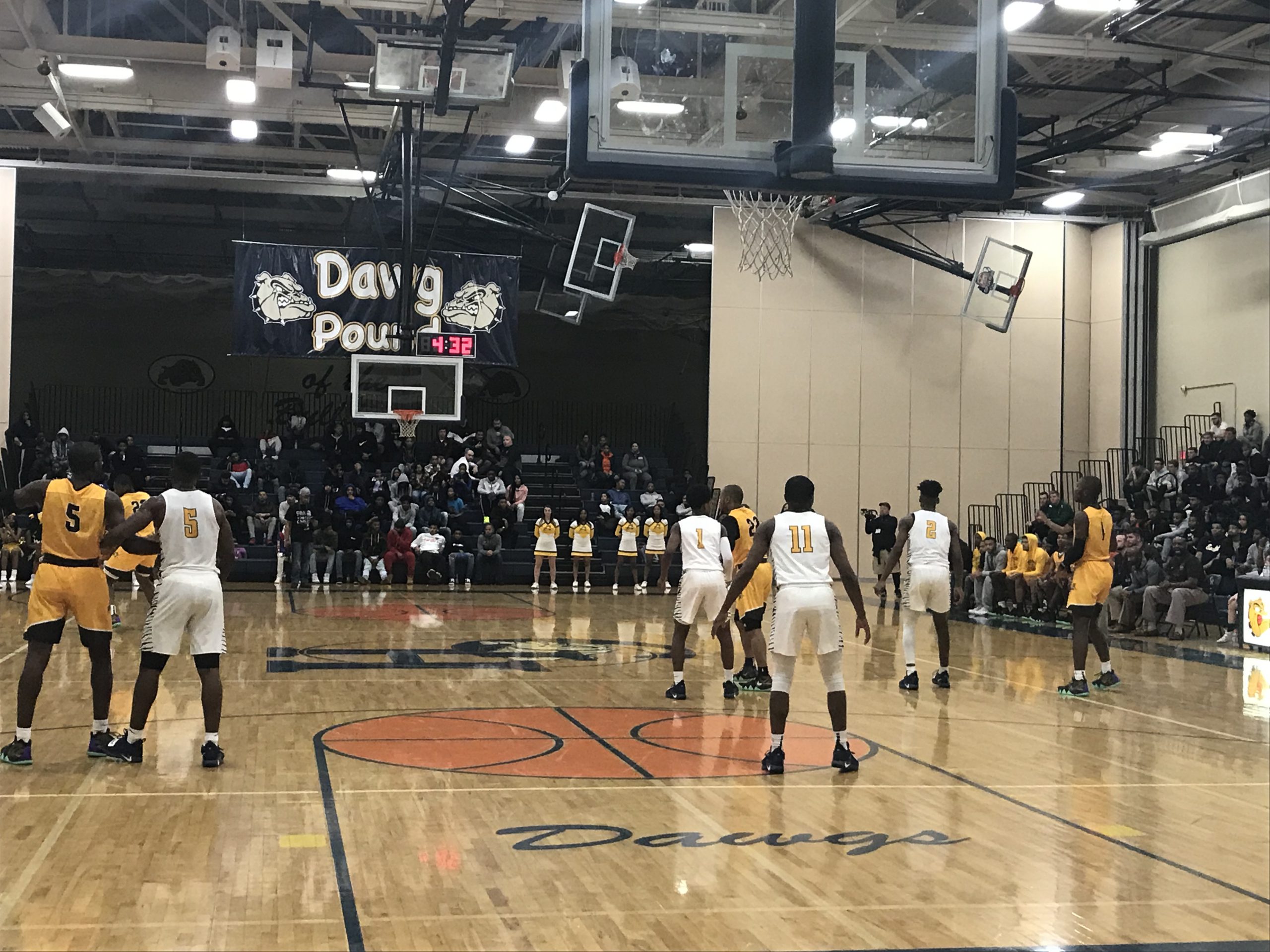 Garfield, OHIO-  Brush and Warrensville Heights met on the first night of the four day NEO Youth Elite Christmas Classic at Garfield Heights High School on Thursday night. The game was controlled by the Arcs from the opening tipoff and they would eventually walk out with an 82-60 win against the Tigers.

With a number of different college coaches and scouts in attendance throughout the day, head coach Chet Mason’s team was able to get exposure from different college coaches ranging at each level during their matchup against the Tigers. Development and growth are some of the main things coach Mason emphasizes to his team on a weekly basis and his team was able to show that Thursday night at Garfield.

“That’s what it’s all about,” Coach Mason said about getting exposure to his players playing in the holiday tournament. “That’s the main goal and it’s always great to expose our city and basketball community to great things.”

Senior guard Andre Harris earned himself MVP honors, tallying 20 points, 7 rebounds and 3 assists during the win Thursday night. The highlight of the game happened in the second quarter when Harris got the ball on a fast break. A few seconds after getting his hands on the ball, he found himself slamming in an emphatic dunk that got the crowd jumping up to their feet.

He ended up drawing some contact and finishing the play hanging on the rim starring down the defender that tried to block his shot at the rim. It was a play Harris has been waiting on for quite some time and once the ball got into his hands, he knew he had to make a highlight reel play for the fans.

“I was on the fast break and I was looking to finish strong,” Harris said. “I love the show and it made my teammates turn up.”

John Hugley added 15 points during the win along with Corey Floyd and Elmore James each finishing with 11 points respectively.

It was a bit of a slow start for both teams in the first half. Brush went into halftime with a 29-19 lead. The Arcs came out of the half with their feet on the gas, forcing Warrensville to turn the ball over and easy transition layups ensued because of that.

An emphasis on getting the ball into the hands of the 6-foot-9 junior forward John Hugley after halftime was something the Arcs capitalized on and the Tigers had no answer for it. Brush was able to outscore the Tigers 21-14 in the third quarter to head into the final quarter with a comfortable 18 point lead.

Warrensville was able to have their most productive quarter in the fourth quarter, but a second-half comeback was stopped well short after a dominating effort from the Brush Arcs. The Tigers had eight different players score during the loss with senior forward Jamal Brown leading the team in scoring by pouring in 10 points. Brandon Rush contributed with nine points along with Omahn Dobbins scoring eight points.

With the win Thursday night, Brush now moves to 7-0 on the year and will look to keep their perfect season intact as they host Mayfield for their first game of the new year.