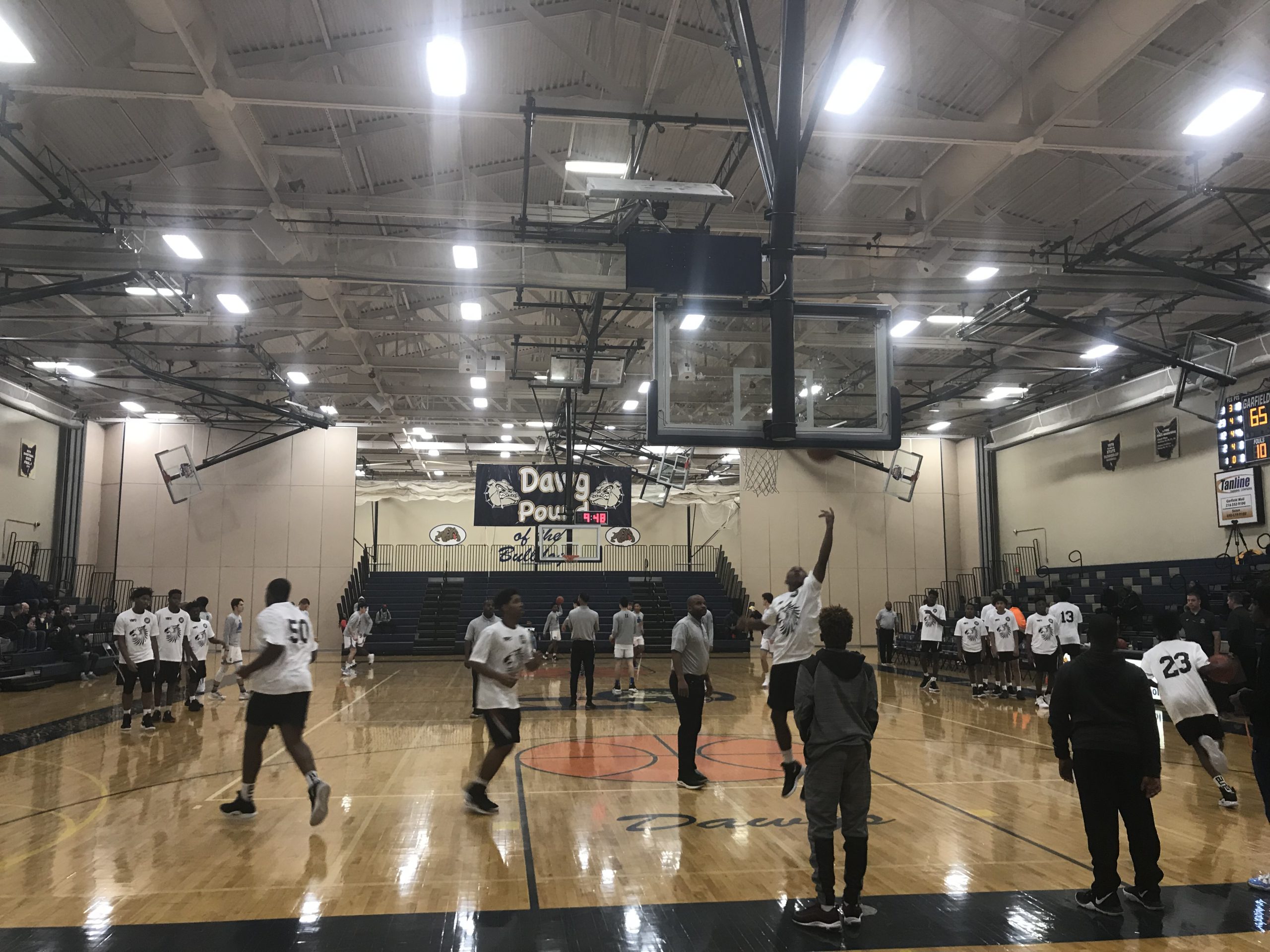 Garfield, OHIO-  A strong showing in the second half is what lifted Gilmour past Buchtel Friday evening during the second day of the NEO Youth Elite Christmas Classic. The Lancers went on to defeat the Griffins by a final score of 77-67.

Gilmour entered Friday evening’s game looking for revenge after a tough loss to Holy Name on Dec. 22. Head coach Dan DeCrane and CJ Charleston felt like the win against Buchtel was a statement win, headlined in front of different college scouts and coaches.

“Today we got up on them in the fourth quarter, pulled it out and stuck together,” Charleston said. “So it was just a statement win for us.”

Both teams kept a back-and-forth pace throughout the first half, but it would be the Lancers that would carry the momentum into the second half. Senior standout CJ Charleston knocked down a 3-pointer as time was expiring to give the Lancers a 35-30 lead after two quarters. Charleston paced the Lancer offense with 20 first-half points.

Coming out of halftime, coach DeCrane wanted his players to focus more on getting stops on the defensive end to lead to easy transition layups. Gilmour ended up limiting the Griffins to just 14 points in the third quarter, setting up a 27 point fourth quarter that would be too much for Buchtel to overcome which was led by Charleston and Connor O’Toole.

In fact, O’Toole and Charleston combined for 21 of the 27 fourth-quarter points, and the game really started to open up for the Lancers with about six minutes left to play. A 3-pointer from Charleston pushed the Lancer lead to 10 points, forcing Buchtel to call a timeout. From there, O’Toole and Charleston headlined a 10-2 run in the next two minutes to give them a comfortable 18 point lead at the time and Buchtel had no answer for the lead Gilmour built up late into the game.

Charleston came away with game MVP honors after posting 31 points, eight rebounds and seven assists to lead Gilmour to their fourth win of the season. O’Toole added 18 points and Ian Miller rounded out the scoring with 10 points.

For coach DeCrane, he feels like the win against Buchtel was a statement win after their devastating loss to Holy Name last week.

“I thought we really took it to them for most of the game,” coach DeCrane said. “I was proud of us for getting our best win on the year tonight.”