The NBA has announced that they have changed the way that teams will be seeded when it comes to the postseason.

Here’s the official press release from the NBA on the playoff changes for the upcoming season and beyond. 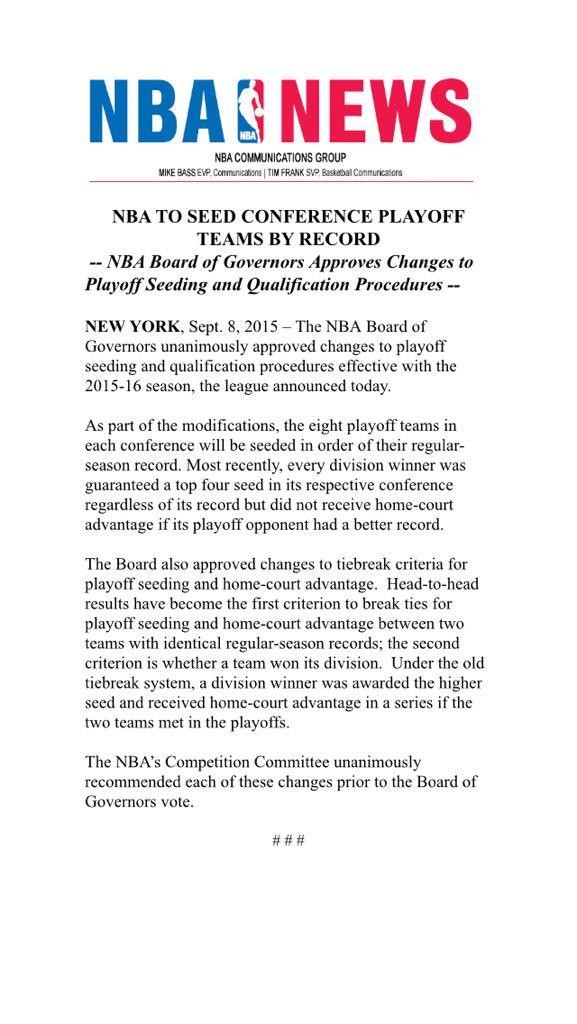 The Eastern Conference in the last playoffs would have stayed as is under the new system, but in the West it would have been a little different.