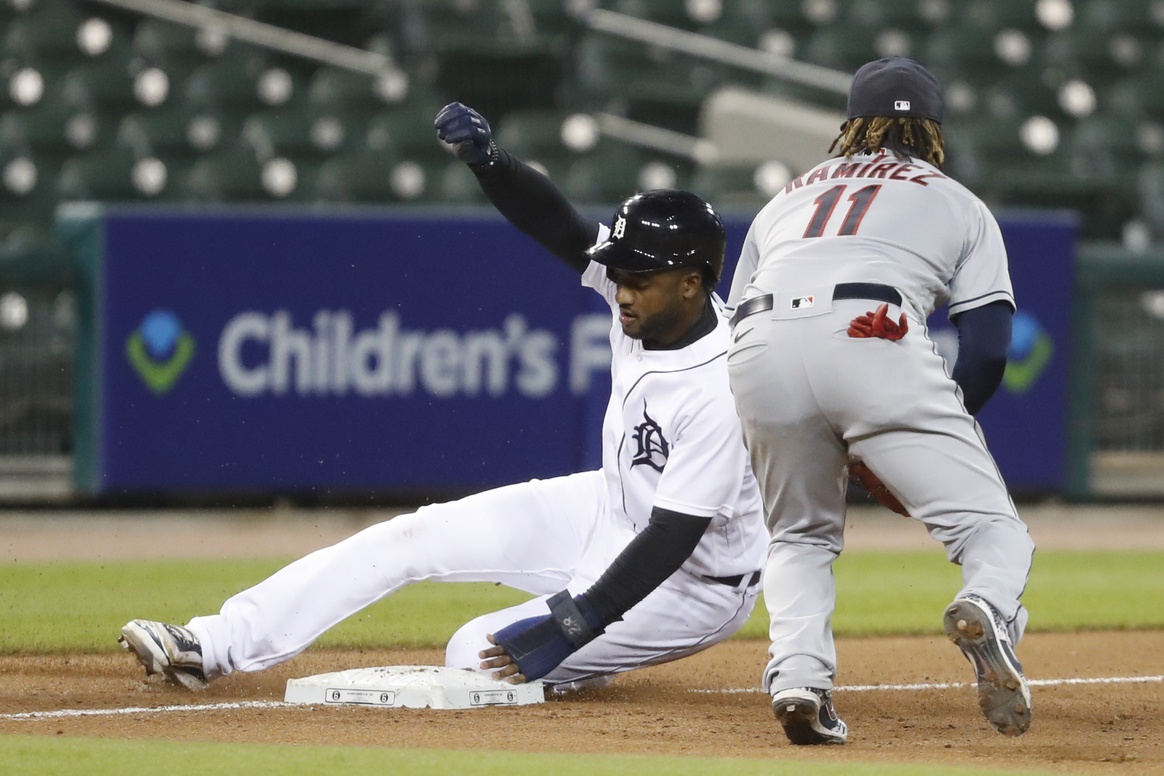 It was Triston McKenzie’s turn to start for the Indians Saturday against the Detroit Tigers. McKenzie went four innings, but only allowed one run, putting himself in line for the win. However, with the lead in the eighth, Phil Maton and the Indians defense fell apart to surrender the lead, as the Indians lost 5-2.

Spencer Turnbull opened the game on the mound for the Tigers. Turnbull turned in a strong first inning, sitting down the top of the lineup in order.

The Tigers struck first on McKenzie in the bottom, as Victor Reyes opened things up with a single. Willi Castro struck out in the next at-bat, and Reyes would be caught stealing second on the play for the first two outs.

A two-out walk from Jeimer Candelario kept the inning alive against McKenzie, before Harold Castro doubled to right field to bring across Candelario, giving the Tigers a 1-0 lead.

The top of the second proved to be another tough inning for the Indians offense, as they once again went down in order at the hands of Turnbull.

McKenzie got into some trouble in the second, surrendering a two-out walk to Isaac Paredes, followed by a single by Reyes to put runners in scoring position. However, McKenzie came back to strike out Castro to skate out of the inning.

Two singles from Roberto Pérez and Josh Naylor led off the third for the Indians offense, before Oscar Mercado and Francisco Lindor struck out for the first two outs of the inning. Following up the Lindor strikeout.

César Hernández loaded the bases with a single, before a José Ramírez double scored both Pérez and Naylor, giving the Indians a 2-1 lead.

McKenzie poured together a strong bottom of the third, only allowing a single to Castro in the inning.

Despite the good third inning, the Indians offense went right back to sleep in the fourth, going down in order for a quick three-batter inning.

In the bottom, McKenzie surrendered a lead-off single to Eric Haase, before coming back to pop up Daz Cameron. Paredes singled in the following at-bat, before Reyes grounded into a force of Paredes at second for the second out.

Reyes stole second with two outs still in the inning, however McKenzie went on to strikeout Castro to keep the runners stranded at second and third.

Turnbull continued his strong performance through the fifth, retiring all three batters he faced in the inning.

In turn, Cal Quantrill would come on to replace McKenzie in the fifth, surrendering a walk to Candelario, before forcing a double play ball from Castro, and a fly out from Bonaficio to end the inning.

Turnbull and Quantrill both came back on in the sixth for their respective teams, with Tigers’ Cameron singling for the only offense mounted by either team in the inning.

Reyes poked a lead-off double in the seventh that spelled the end for Turnbull, as the Tigers replaced him with Daniel Norris. Norris came on to mow down the lineup with three straight outs.

Nick Wittgren came on for the Indians in place of Quantrill in the bottom, facing only three batters, striking out two in a strong outing of relief.

A one-out double from Lindor, and a single from Hernández ended Norris’ night in the top of the eighth. Jose Cisnero came on for the Tigers to immediately force Ramírez into an unassisted double play at first.

Phil Maton came on to replace Wittgren in the bottom, as disaster struck for the Indians. A Castro walk opened the inning before Maton returned to strike out Bonifacio for the first out.

Following the strikeout, two straight singles brought across the tying run for the Tigers. After the tie, Cameron hit another RBI single with still only one out in the inning to take a 3-2 lead on the Indians.

Miguel Cabrera came on to pinch-hit for Paredes, drawing a walk to load the bases, forcing the Indians to make a call to the bullpen.

Cam Hill came on to try and stop the bleeding, surrendering a walk to the first batter he faced to add another run to the Tigers lead. Following up the walk, Hill forced Castro into a sacrifice fly to give the Tigers a 5-2 lead.

With the lead squandered, the Indians only hope rested on the top of the ninth. Brian Garcia came on for the Tigers to face four batters in the inning, only surrendering a one-out single to Reyes. Garcia struck out all three batters he got out in the inning, as the Indians fell 5-2.