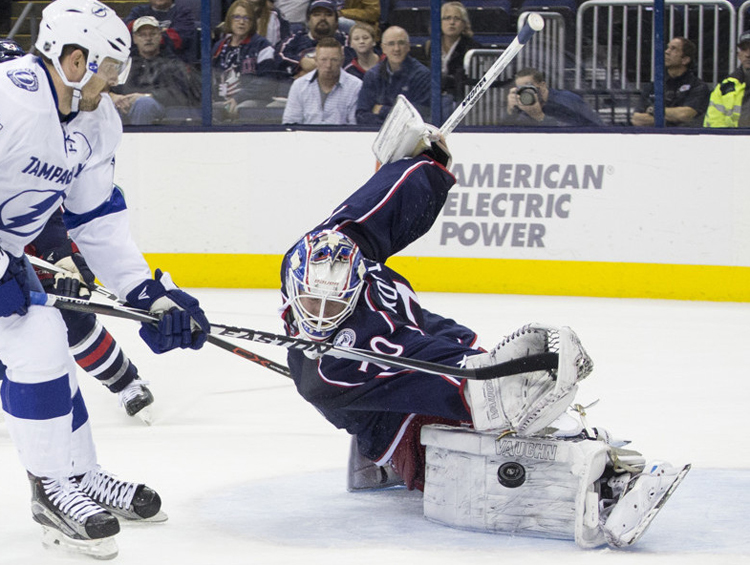 The Cleveland Monsters will regain some familiar faces when they take the ice on Saturday against the Milwaukee Admirals. It was announced late Friday night that the Columbus Blue Jackets have sent forward Sonny Milano, defenseman Gabriel Carlsson, and goaltender Joonas Korpisalo down to Cleveland for an opportunity to get some playing time with the AHL club. To make room for the transaction, the Blue Jackets recalled Cleveland goaltender Matiss Kivlenieks for the time being.

Told that Gabriel Carlsson, Sonny Milano and Joonas Korpisalo are all being assigned to @monstershockey just to get some playing time Saturday.

All expected to return Sunday.

Goalie Matiss Kivlenieks will be recalled just to make room for Korpisalo.#CBJ

Milano started the year on fire for Columbus, scoring at will early on in the season. He cooled off as the year has progressed and currently sits at eight goals and five assists on the campaign. Milano brings an exciting addition to any offense he’s in, adding flair and finesse while attacking the net. He’s played in seventeen games for the Blue Jackets so far this year.

Carlsson played in the last month of the year for Cleveland and assisted in their playoff push. He was only active for three games and did not provide a point on the scoresheet, but Carlsson’s game is not that. The Sweden-born defenseman is one of the more sound players in the organization. He keeps his assignment in front of him and has developed a more physical game since arriving in America. It’ll be nice to pair him up with the younger guys in Cleveland, as sharing a line with Sam Vigneault would be exciting to see.

Korpisalo has played 43 games in Cleveland over the last two seasons, including nine playoff contests. He boasts a GAA of just over 2.5, which shows off his superb goaltending with that statistic alone. Korpisalo, along with Sonny Milano, was a part of the 2016 Lake Erie Monsters Calder Cup Championship team. After making eighteen appearances last year for the Monsters while splitting time with Sergei Bobrovsky in Columbus, it’ll be nice to see the fan-favorite goaltender in net for Cleveland Saturday.

In order to make this move official, the Blue Jackets brought up Cleveland rookie goaltender Matiss Kivlenieks. Kivlenieks has a 2-3-1 record in Cleveland with a 2.64 GAA.